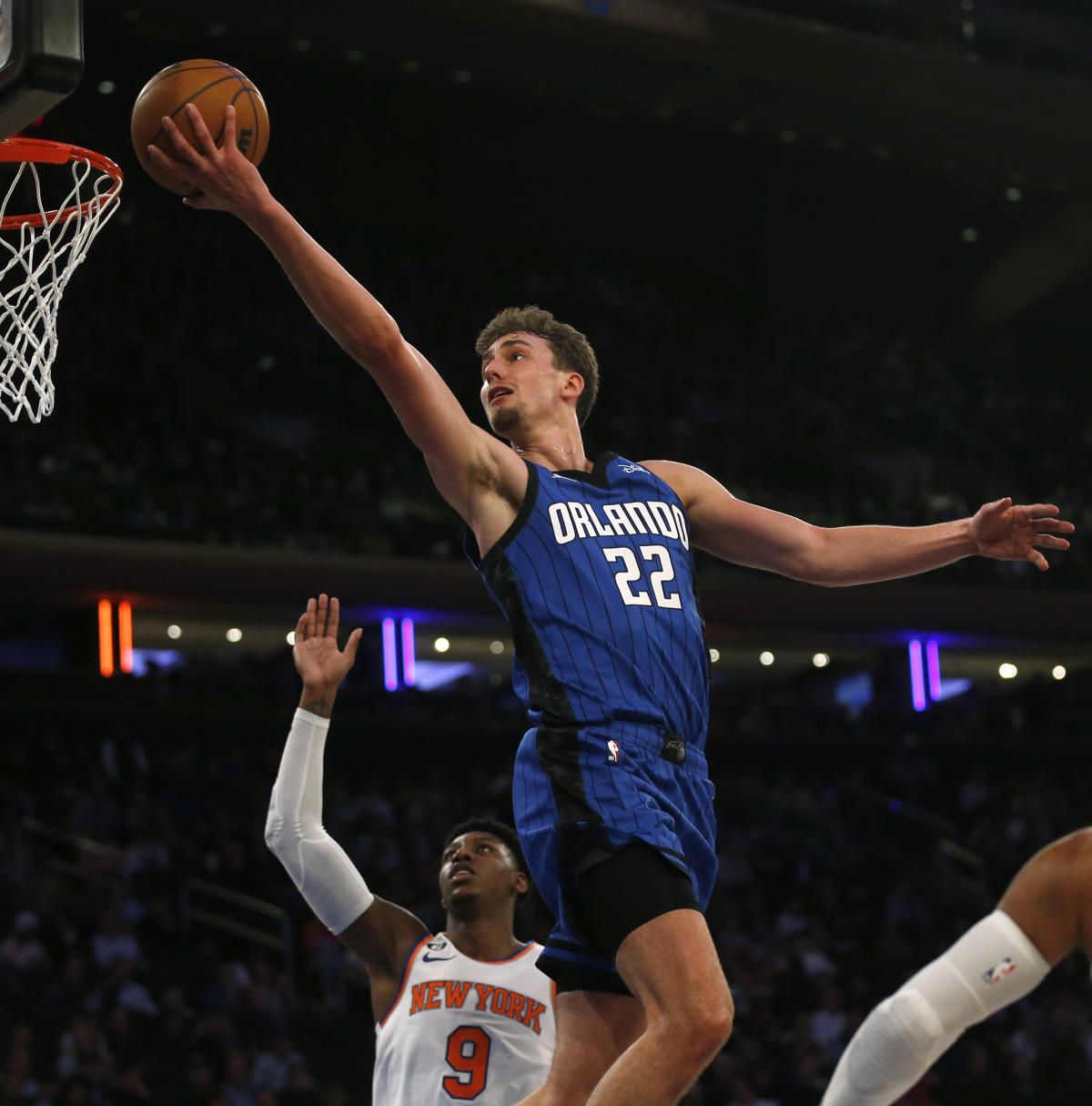 RJ Barrett added 20 points for the Knicks, who have won two straight since a season-opening overtime loss in Memphis. Mitchell Robinson shot 6 for 17 and scored 14.

Banchero scored 21 points to become just the third No. 1 pick to open a career with four consecutive games of 20 or more points, but the wait continues for his first win as a pro.

Bol Bol added 19 points off the bench and Wendell Carter Jr. had 17 points and 11 rebounds, but the big guys didn’t get enough help from the perimeter. Orlando was 7 for 35 (20%) on 3-pointers.

The Knicks led by three midway through the third quarter before Randle’s three-point play started a 15-4 burst that ended with perhaps the highlight play of their young season. Brunson picked up a loose ball and threw a long pass ahead to Obi Toppin, the high-flying crowd favorite who won the slam dunk contest at All-Star weekend. Instead of trying to dunk it himself, Toppin dropped a bounce pass behind him to a trailing Barrett, who slammed it down to make it 94-80.

Orlando cut it to six with about 4 1/2 minutes remaining, but Brunson was fouled while knocking down a jumper for a three-point play, and Robinson’s follow shot restored a double-digit lead at 109-98.

Magic: The other No. 1 picks with a longer streak of 20-plus point games than Banchero were Elvin Hayes (10 games in 1968-69) and Oscar Robertson (6 in 1960-61). … Jamahl Mosley earned his first coaching victory exactly one year earlier in the same arena when the Magic beat the Knicks 110-104.

Knicks: Coach Tom Thibodeau said the Knicks have increased the number of 3-point attempts they want to take in a game. He wouldn’t reveal the number, but it seemed to be somewhere near 50. They averaged 37.5 attempts in their first two games and took 37 Monday. … G Quentin Grimes remained out with left foot soreness.

Magic: At Cleveland on Wednesday.