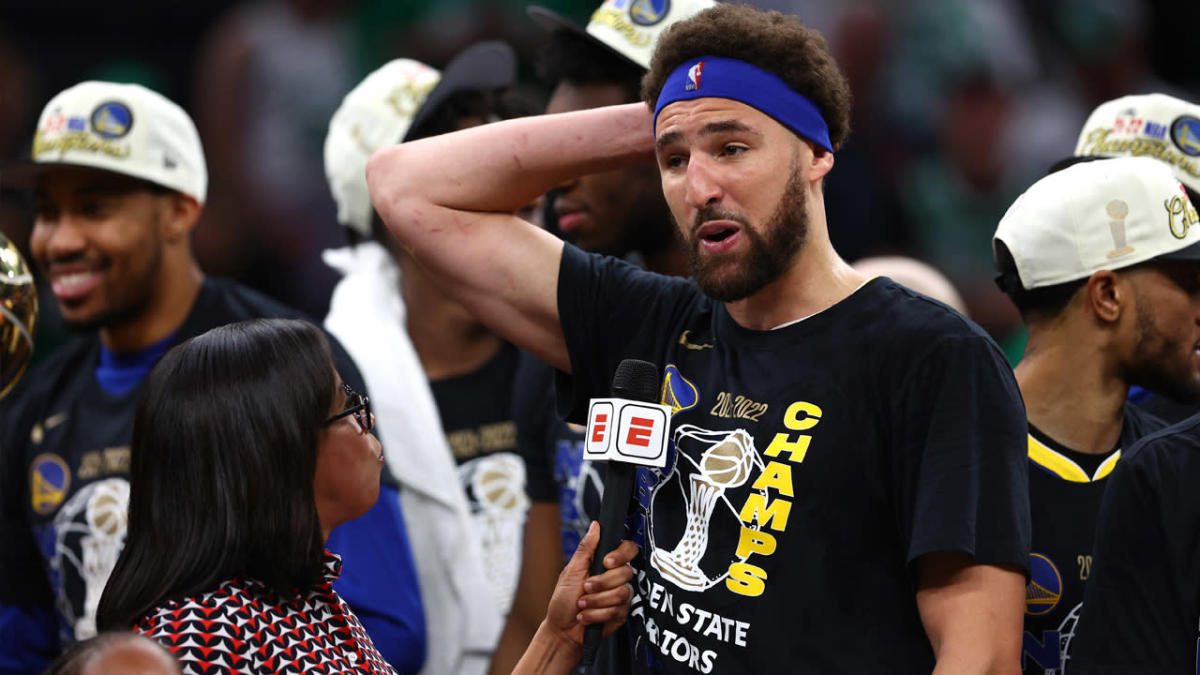 In the moments after the Warriors won the 2022 NBA title on Thursday night in Boston, all the players were looking for the right words to sum up their emotions.

Klay Thompson, back on the NBA mountaintop after 31 months away from the game he loves, used two words that would not have been on a “Phrase Bingo Card.”

“I’m just thankful to be here, man,” Thompson said to ABC’s Lisa Salters while on the podium for the Larry O’Brien Trophy presentation. “This is crazy, Lisa. I can’t even believe it. I knew it was a possibility but to see it in real-time, holy cannoli. This is crazy.”

Warriors fans everywhere likely were saying a different word after “Holy” as the team celebrated its fourth championship in eight seasons.

But that moment from Thompson exemplifies what he means to the Warriors. While Steph Curry and Draymond Green are the serious ones, the five-time NBA All-Star shooting guard brings the levity and knows how to make everyone laugh at the right time.

RELATED: How Warriors made Klay look prophetic with title win

Thompson now is a four-time champion and he can eat all the cannolis he wants this offseason.