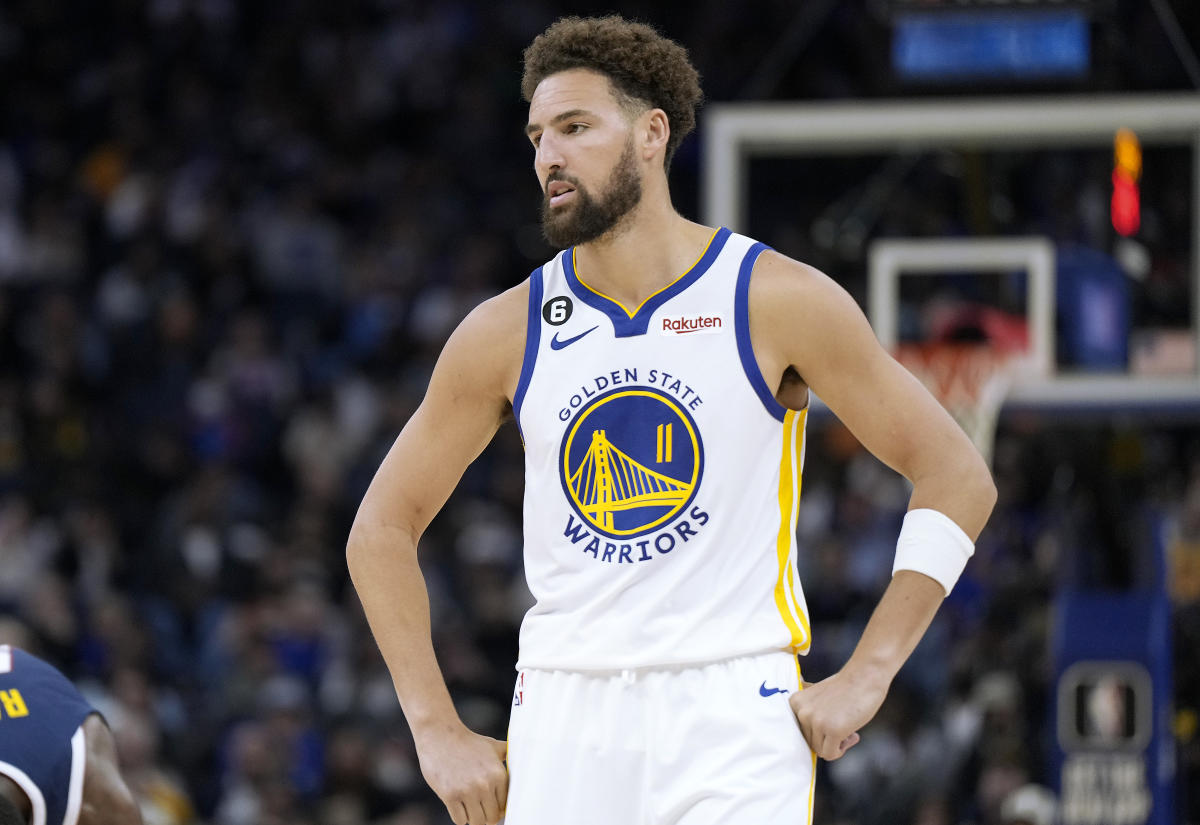 As of Tuesday, Klay Thompson has played in 651 regular season games and 145 postseason games for the Golden State Warriors. He may never been as heated on the court as he was against the Phoenix Suns.

The Warriors star received his first career ejection on Tuesday after a back-and-forth with Devin Booker got heated, to the point Thompson had to be held back as officials hit him with back-to-back technical fouls.

The fun started midway through a third quarter that had already gotten chippy, with the Suns leading 81-76. Draymond Green, Chris Paul and Deandre Ayton had all received techs for various reasons, and it was amid Ayton’s that the two All-Star guards were jawing:

Minutes later, the two got chest-to-chest, triggering a double technical. Official Ed Malloy led Thompson away, but Thompson then turned his ire toward him, earning him another tech and an automatic ejection.

Thompson made sure to get his money’s worth with Malloy and the Suns bench before storming off to the Warriors locker room.

The Footprint Center crowd would see yet another technical foul later in the quarter, on a questionable take foul by Jordan Poole on Devin Booker. The seven technical fouls in the third quarter were the most scene in a quarter in the NBA since the 1996-97 season, per the TNT broadcast.

See also  Chet Holmgren, the most polarizing player in the draft

It had been a tough game for Thompson before his ejection, having shot 1-of-8 from the field (0-of-5 from 3-point range) with two points and two assists.