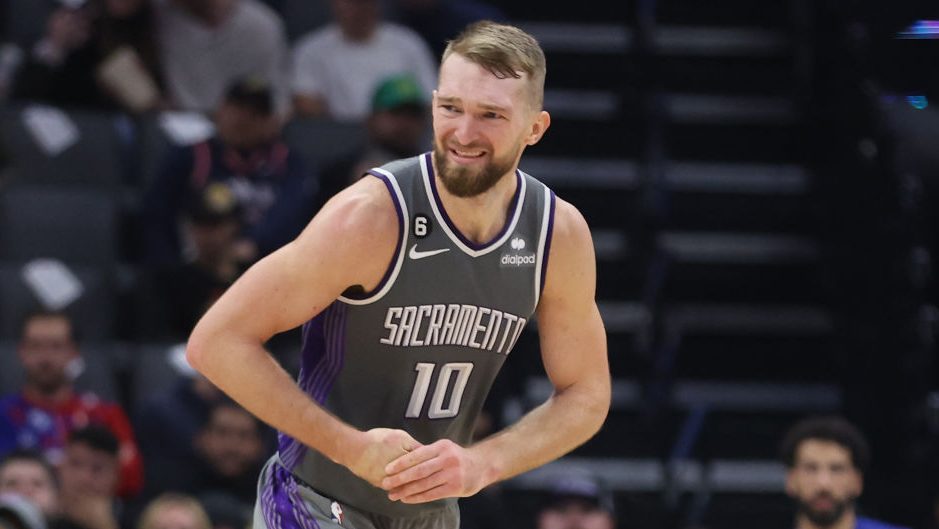 The Beam Team in Sacramento is all-in this season on making the playoffs — the players and fans have bought in.

So when presented with an option, Kings’ center Domantas Sabonis has decided to play through an avulsion fracture on his right thumb. Here is the official statement from Sacramento:

Today the Sacramento Kings announced that center Domantas Sabonis sustained an avulsion fracture of the ulnar collateral ligament of the right thumb during Friday’s game versus the Wizards. The injury was confirmed through extensive consultation with Kings team physicians and outside specialists. Sabonis will be listed as questionable for Tuesday’s game against Denver.

An avulsion fracture is when a strained ligament pulls a little bit of bone off where the two connect, and the ligament disconnects from the bone. It usually does not require surgery.

Whether Sabonis can play through this is a question of pain tolerance and if it starts to impact his game. It can be harder for a point guard or primary ball handler to play through this injury, they lose control and feel while dribbling, but for Sabonis it could be manageable.

Sabonis is averaging 17.9 points on 61.2% shooting plus pulling down 12.4 rebounds a game, playing at an All-Star level for the Kings. The Kings, at 17-14, are tied with Utah for the No.6 seed (and avoiding the play-in games) in the West, and after a 16-year playoff drought getting into the postseason is everything for Sacramento this season.

Check out more on the Kings

Kings’ Sabonis will try to play through an avulsion fracture on right thumb originally appeared on NBCSports.com