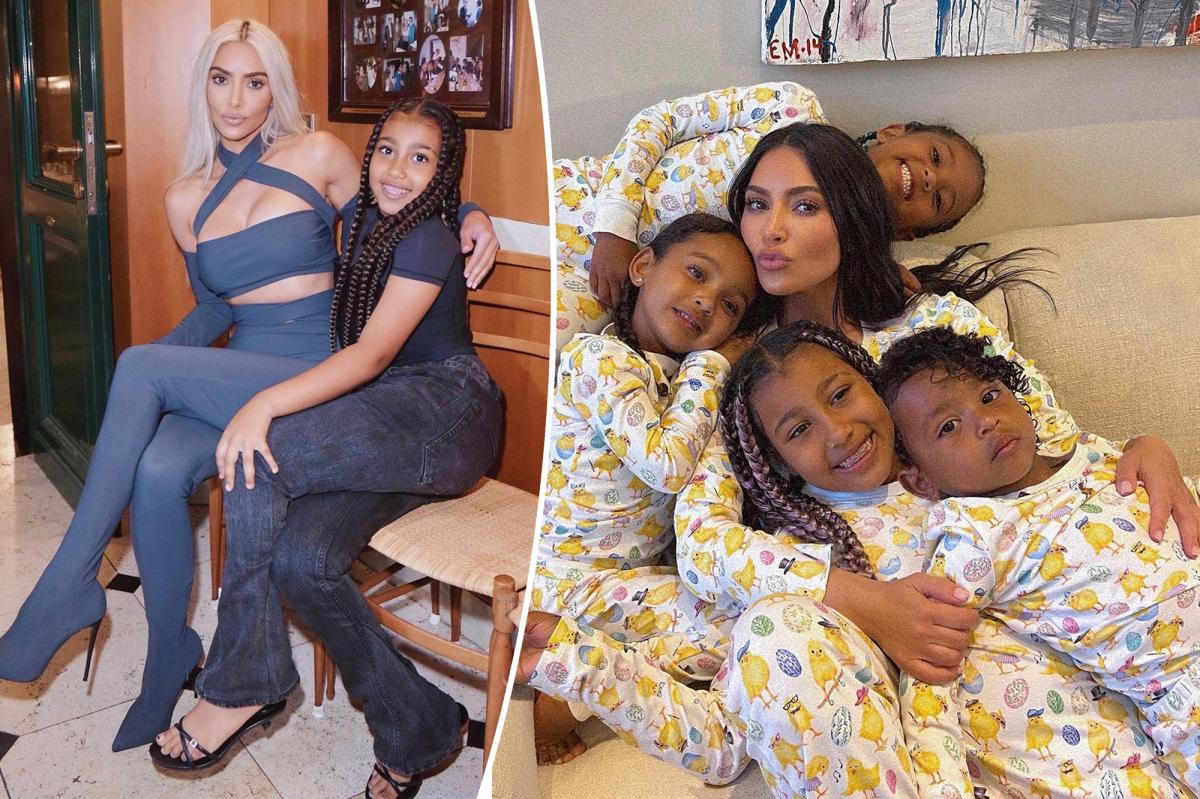 Kim Kardashian revealed that most of the family’s Christmas card photos were unusable last year – due to her 9-year-old daughter, North, flipping the bird during their photo shoot.

“They always cry. Nobody gets along,” she said of her and ex Kanye West’s four kids — North, Saint, 6, Chicago, 4, and Psalm, 3 – on the latest episode of Hulu’s “The Kardashians.”

“Most of the photos I saw were unusable because North was sticking out her middle finger.”

She added, “It’s days like this when I really just need to lock myself in the room by myself for just a good 30 minutes. Yeah, it’s a lot. It’s just a lot being a mom.”

The Skims founder, 41, explained that Christmas is “the biggest deal” to her family and that they try to do a Christmas card every year to keep up with mom Kris Jenner’s tradition.

“My mom did that with us our whole lives and taking a family photo is the most stressful time in my life, like, no matter what,” she admitted.

She also expressed anxiety over Tristan Thompson’s paternity scandal at the time. After he cheated on Khloé Kardashian with Maralee Nichols, Kim knew it would affect their holiday season together.

“In light of what happened with Khloé and Tristan, I’m trying to bring some happy, joyful moments to all of us. I feel like, ‘Let’s just try to have happy memories,’” she told the cameras.

While all four of Kim’s kids appeared in the photoshoot, West was nowhere in sight. The shoot took place nearly a year after Kim filed for divorce from the rapper. She was declared legally single in March of this year and has been dating Pete Davidson since October 2021.

Also absent from the photo shoot were Kourtney Kardashian and her three kids — Mason, 12, Reign, 9, and Penelope, 7 — whom she shares with ex Scott Disick. The Goop founder has since married Travis Barker.

Kylie Jenner, who was pregnant at the time with her and Travis Scott’s second child, also did not attend the Christmas card photo shoot, nor did Kendall Jenner.