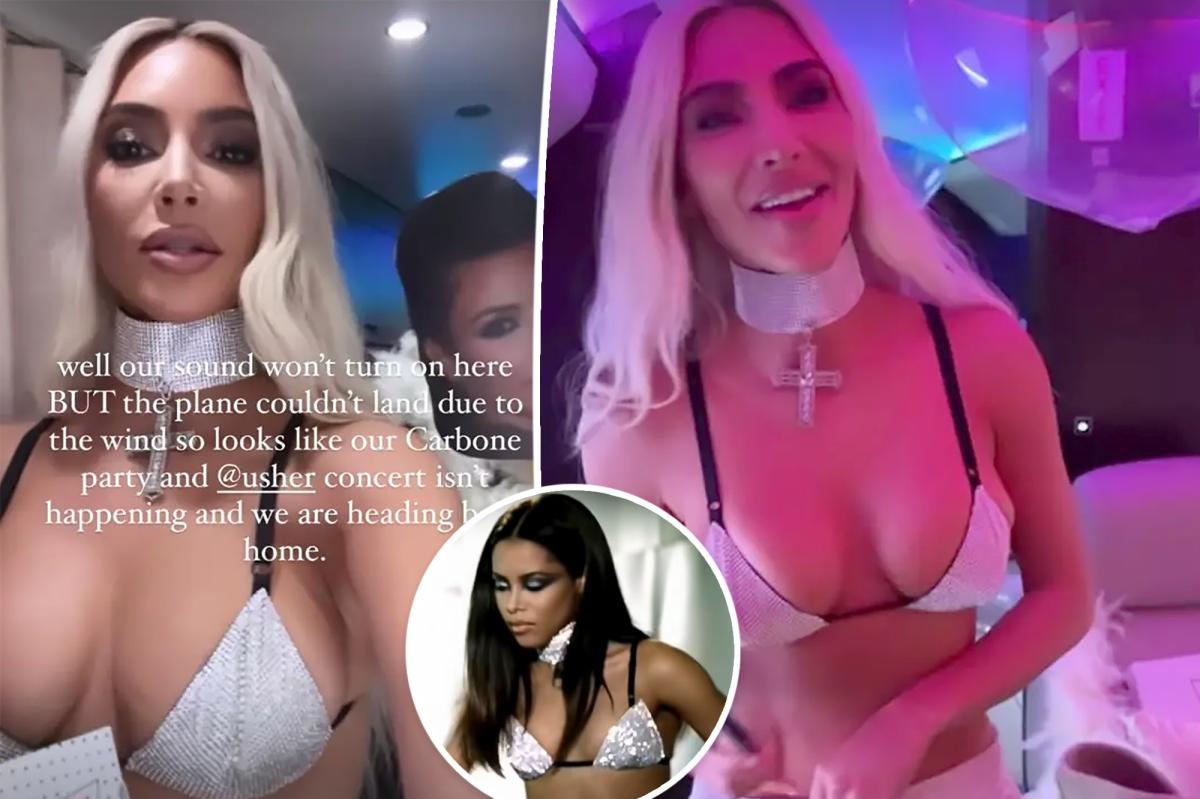 The reality star, who turned 42 on Friday, planned to celebrate her big day by whisking friends and family off to an Usher concert in Las Vegas — but wound up at In-N-Out after high winds prevented their private jet from landing in Sin City.

Still, Kardashian managed to channel Usher’s good friend Aaliyah with her look for the night.

She slipped into a vintage crystal mesh bra by Dolce & Gabbana, along with matching pants and a choker adorned with a cross — an outfit she previously handpicked for her collaborative runway show with the house in September.

Aaliyah made the bedazzled bikini top iconic in her 2000 music video for “Try Again,” and Kardashian previously recreated the late superstar’s look for Halloween in 2017 (and faced backlash in the process).

“I knew ‘Try Again’ was going to be a dance video, and she was going to wear one outfit for the entire thing. So it had to be really strong, and really her,” Aaliyah’s stylist, Derek Lee, told Nylon in 2020.

And it seems Kardashian’s been smitten with this particular piece for years.

“This little bra, it came in, I think, three different colors of crystals. Who doesn’t remember Gisele wearing this bra?” Kardashian told Vogue of the top in September, referring to how supermodel Bündchen modeled a version of the sparkling style and matching necklace in Dolce & Gabbana’s spring 2000 show.

“I think I was in college and all I wanted to do was save up for this little bra,” she added.

Now, Kardashian can dip into the designer’s collections whenever she wants, as the mom of four revealed she owns every piece she sent down the runway at Milan Fashion Week. This should come as no surprise, since the star is known for her massive fashion archive.

If she borrowed from Aaliyah’s closet for her birthday and Marilyn Monroe’s for the Met Gala, Kardashian’s Halloween costume is sure to make headlines too.