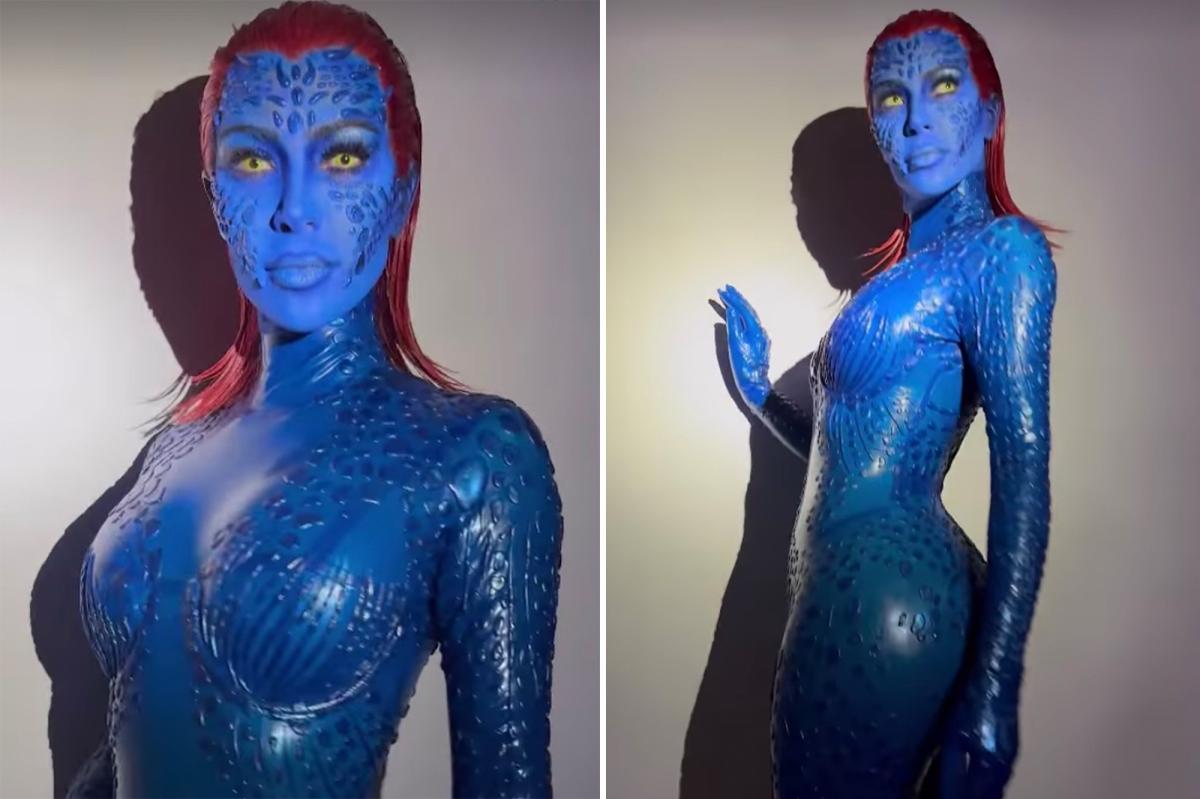 Kim Kardashian took her Halloween look to the next level this year.

Taking to her Instagram Stories over the weekend, the reality star shared snaps of herself transforming into the mutant Mystique from Marvel’s “X-Men” films.

Kardashian, 42, wore a skintight blue bodysuit complete with a faux-scaly finish to conjure the look – her own take on Rebecca Romijn’s portrayal of the fictional character.

She topped off the impeccable transformation with full-coverage face-paint in the same hue, along with bright yellow contacts and a red wig.

“It looks really cool like this,” Kardashian could be heard telling someone in the background of one her clips, as she modeled the costume.

“Hey Marvel 👀,” she later captioned a video shared to Twitter, with many fans pushing the entertainment company to “make it happen.”

Others couldn’t help but remark on the ambitious fit of Kardashian’s costume.

”Can’t imagine how hard you had to get into this costume. Reminds me when you starved yourself for Marilyn Monroe dress. Always going all out 🔥,” another user remarked.

“She killed this look though. Even with high heels,” another asserted.

Of course, Kardashian wasn’t the only one from her famous family who dressed to impress for Halloween this year.

Meanwhile, Kylie Jenner wowed as the Bride of Frankenstein.