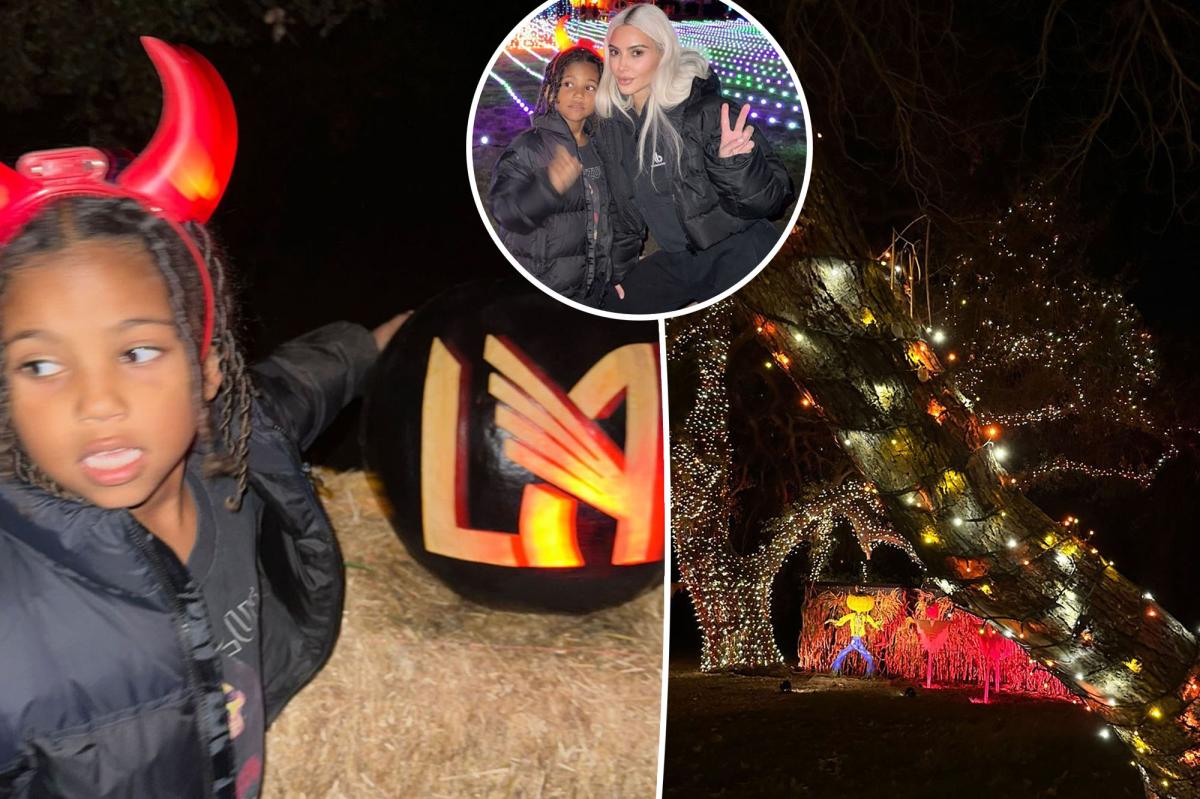 As Kanye West’s career flounders, Kim Kardashian enjoyed an evening of fall fun with their kids.

The reality star posted family pictures from Night of the Jack in California via her Instagram Stories, just hours after condemning her ex-husband’s recent anti-Semitic remarks.

The “Kardashians” star flashed a peace sign while posing for pics with her little one. The mother-son pair matched in all-black outfits.

Rob Kardashian’s 5-year-old daughter, Dream, also appeared to be a part of the outing, as were Kourtney Kardashian’s children.

While the Poosh creator, 43, has yet to address West’s blatant anti-Semitism, the rest of her sisters have.

Khloé Kardashian was the first of the family members to post a graphic to her Instagram Story, reading, “I support my Jewish friends and the Jewish people.”

As for Kim, she wrote via Stories that “hate speech is never OK or excusable.”

She continued, “I stand together with the Jewish community and call on the terrible violence and hateful rhetoric towards them to come to an immediate end.”

One week after West’s social media accounts were restricted over anti-Semitic language on Oct. 8, he went on another rant in a since-deleted “Drink Champs” interview.

Celebrities from Jamie Lee Curtis to John Legend have spoken out against the Grammy-winning rapper’s comments, with Howard Stern comparing him to Hitler on Wednesday.

West, who has bipolar disorder, told Piers Morgan on Friday that he is “absolutely not” sorry for his remarks.

“We here, baby, we ain’t going nowhere,” the Yeezy creator said of being canceled. “I ain’t losing no money.”

The record producer has since been dropped by Balenciaga, lawyer Camille Vasquez and Adidas, among others.