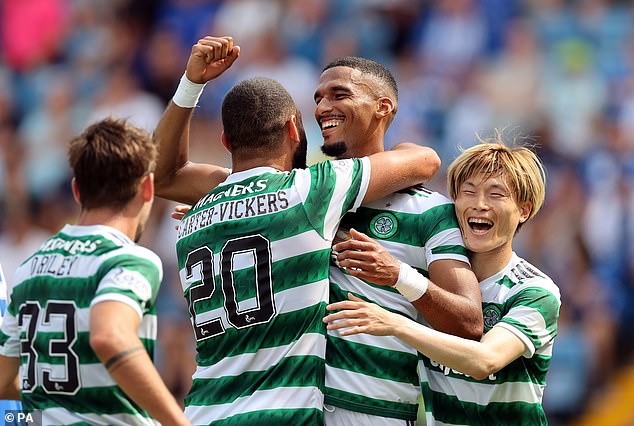 Whether visiting smooth sands or a sticky plastic pitch, Ange Postecoglou has enjoyed being in Ayrshire these last few days.

One Celtic supporter grabbed a photo with the Australian when he was spotted savouring the sunshine near Irvine Beach towards the end of last week.

Heading back down the M77 for business reasons proved every bit as energising. A potentially tricky venue was ticked off with blistering intent. 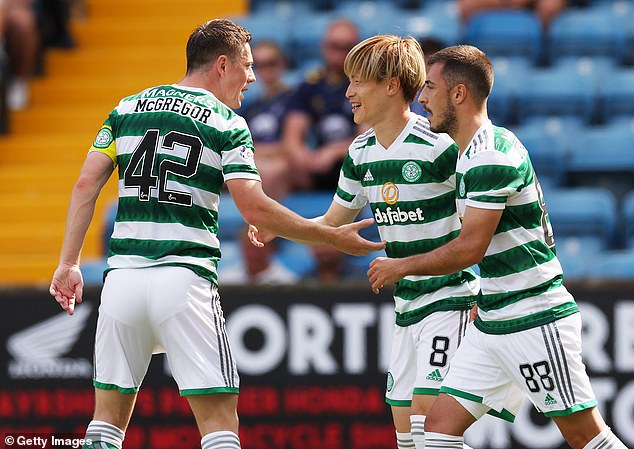 Three first-half goals from Postecoglou’s side make short work of Kilmarnock’s resistance. The pick of those came, not surprisingly, from Jota.

Continuing a stunning start to the season, there was poignant emotion attached to his latest burst of brilliance.

The Portuguese winger wrapped his right foot around a 30-yard strike before a celebration that made sure the television cameras noted the wristband he was wearing.

It paid tribute to ex-Benfica winger Fernando Chalana – a former coach of the Lisbon giants – who died last Wednesday at the age of 63. 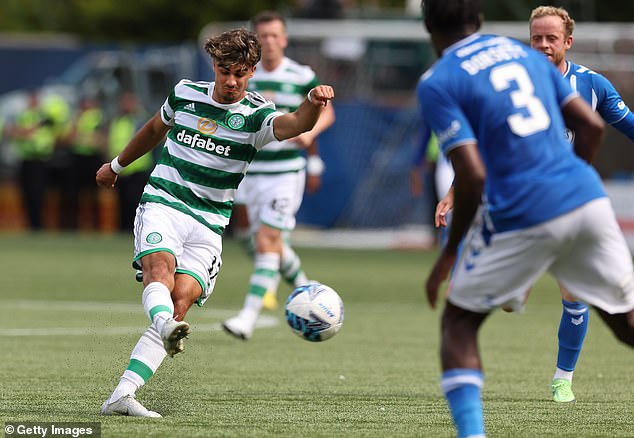 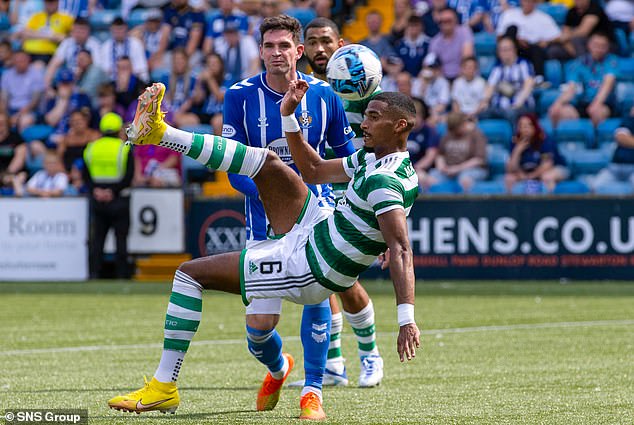 Jota’s performance would doubtless have made Chalana proud. After completing a £6 million permanent move to Celtic this summer, the 23-year-old appears in a rush to convince any doubters over the wisdom of that sizeable investment.

A thumping drive to floor Aberdeen on Premiership day one was followed by a hat-trick of assists against Ross County.

Now, another blockbuster finish. In each of three league wins to date, Jota has done precisely what he was hired to do – make a difference though skill and imagination.

Kyogo Furuhashi had earlier set Celtic on their way before Moritz Jenz made it two goals in two appearances with a nimble overhead effort – which became another theme of the day.

The German centre-back was forced to retire hurt following an aerial challenge during the second period, providing a rare down note for Postecoglou, but replacement Carl Starfelt added a fourth to claim his very first goal for the club. 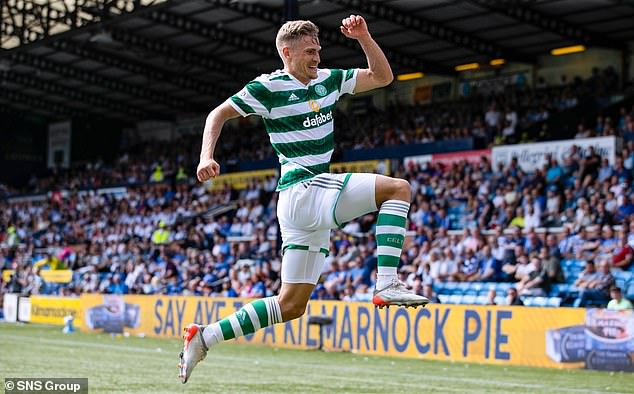 By the time fellow substitute Giorgos Giakoumakis contributed another overhead kick in the 82nd minute, Kilmarnock were begging for the final whistle and the shade of the dressing room.

This was a bruising day for Derek McInnes’ men on their own – artificial – turf. Hopes of presenting Celtic with an awkward afternoon came to nothing.

It leaves them with a solitary point from their opening games, albeit having faced three of last season’s top four. This Saturday’s trip to meet Ross County in Dingwall could provide an opportunity to get going for real. 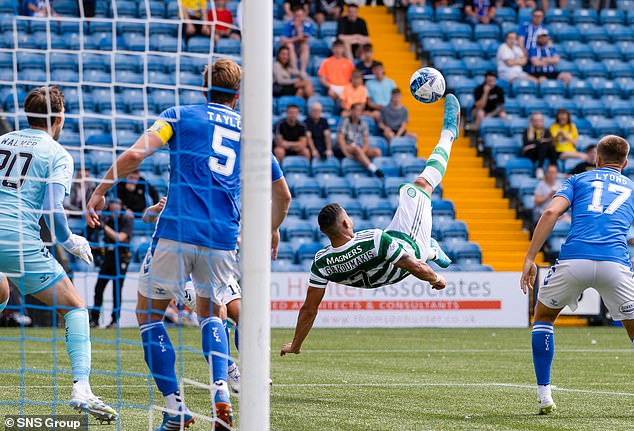 For Postecoglou and his players, it’s all about sticking in the same groove. Another three points banked. Another day when the depth of attacking options at the manager’s disposal was made glaringly apparent.

They simply had too much for Kilmarnock, who had been clear about their intentions.

On Friday, Rory McKenzie spoke about making his a ‘horrible’ experience for the visitors and joked that he would hide the hoses to prevent the surface being watered.

McInnes and the groundstaff obviously agreed. As kick-off approached, there was no sign of any slickness being applied to the plastic despite the intense heat.

Killie routinely made life miserable for the Old Firm during Steve Clarke’s high-flying tenure. They wanted this to be a throwback to those days. But it became a wholly different affair. 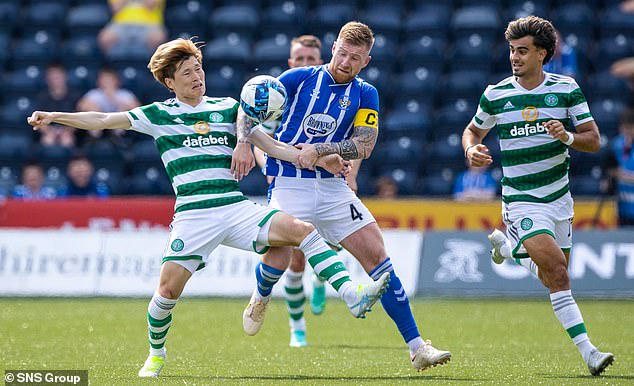 A positive start would have helped. Something to build belief in the stands – three of which were occupied by home fans – and sow frustration in the minds of Postecoglou’s players.

Instead, Killie were behind in the seventh minute. An additional degree of difficulty was added to an already fearsome task.

It was a nice goal from Celtic’s perspective. And a painfully simple concession for McInnes to contemplate.

Greg Taylor, excellent throughout, was the architect as he slid a nicely-weighted pass through a gap in the home defence to release Daizen Maeda.

The Japanese forward hared into the area, fully aware of a compatriot darting into space inside him. 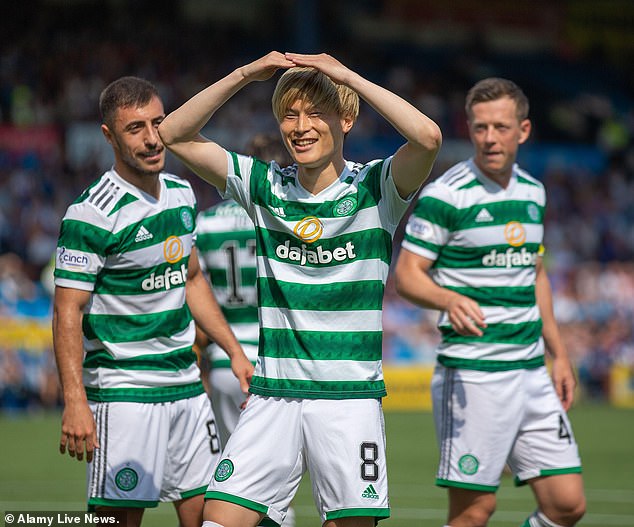 A low cross was nicely judged for Furuhashi to knock beyond Sam Walker in a slightly untidy manner. Celtic were in command.

It was a position they convincingly retained. In some phases, Postecoglou’s side knocked the ball around with typical composure. In others, they were willing to go more direct than normal – effectively eliminating the pitch from the equation.

As for Kilmarnock? They only threatened a response during a short spell midway through the half.

It didn’t last. And Jota’s moment of wonder subsequently knocked them sideways. 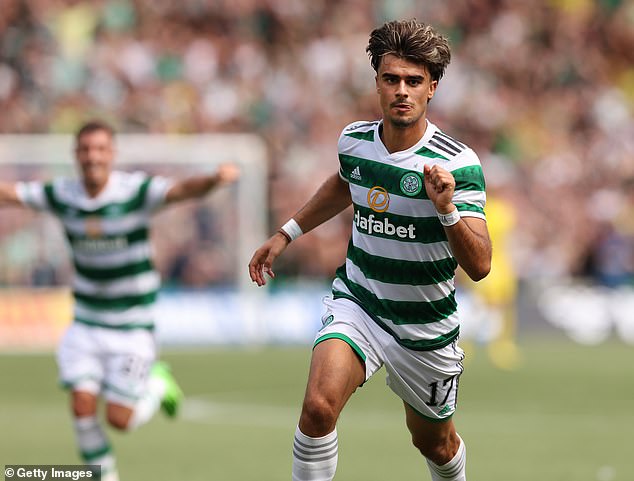 Collecting the ball in Kilmarnock territory, the Portuguese got the ball out of his feet before striking sweetly off his right boot from 30 yards.

It arrowed towards goal. Walker threw himself to his right and got a hand to it, but not a firm enough one to prevent 2-0.

The goalkeeper will be unhappy with that, yet any flaws on his part cannot diminish the excellence and ambition of Jota’s strike.

The Celtic winger should have added an assist two minutes later when he broke into the area. An attempt to fire through Walker’s legs was repelled while Maeda hollered for a cross to give him in a tap-in.

On the touchline, Postecoglou threw up his arms to express unhappiness at this instance of Jota’s decision-making.

A third goal was coming, though. Celtic increasingly occupied more territory. And the points were effectively sealed just before the interval.

Callum McGregor’s drive from the edge of the area was half-blocked to spin up in the air. Jenz had ventured forward for the preceding corner and didn’t waste another opportunity to make his mark. 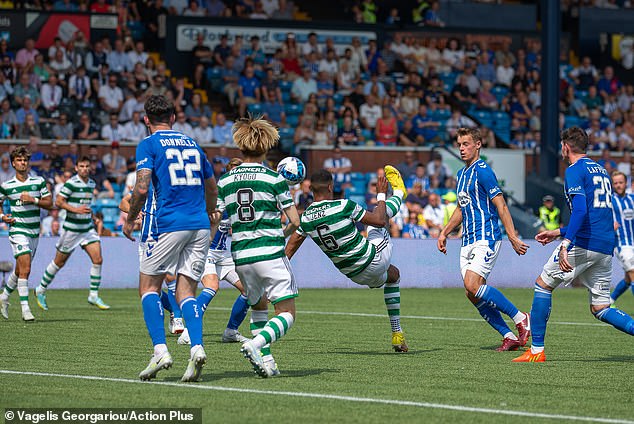 Acrobatically hooking the ball over his head, he added to his debut strike against Ross County the previous weekend.

Furuhashi hit the bar with a looping header just after the restart but the second-period scoring belonged to those from the bench.

When a Matt O’Riley corner was helped on to the far post, Starfelt got the ball beyond Walker at the second attempt.

Then, with eight minutes remaining, Giakoumakis showed tremendous agility with back to goal, whipping the ball into the net and finishing off a thoroughly dominant day for the champions.