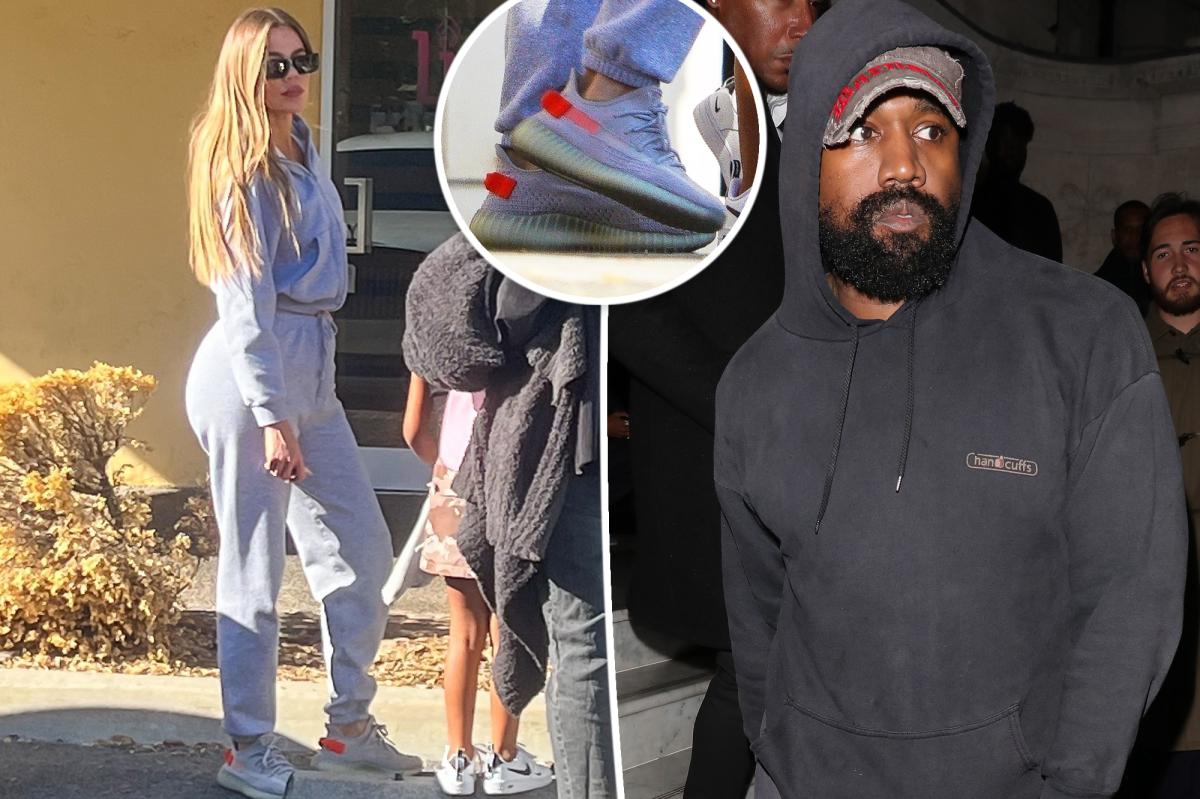 Khloé Kardashian isn’t burning her sneakers – or perhaps her bridges.

The reality star stepped out on Wednesday, taking daughter True Thompson to an art class wearing a gray sweatsuit and a pair of Kanye West’s Yeezy 350 sneakers.

While not a single member of the Kardashian-Jenner family has directly called out West for his behavior, 38-year-old Khloé was the first to post a statement on social media condemning anti-Semitism.

“I support my Jewish friends and the Jewish people,” Kardashian, 38, wrote on Twitter in the wee hours of Monday morning.

Kim Kardashian, who shares children North, Saint, Chicago and Psalm with Ye, shared her own statement on Instagram as well, writing in part, “hate speech is never OK or excusable.”

She added, “I stand together with the Jewish community and call on the terrible violence and hateful rhetoric towards them to come to an immediate end.”

While West’s former family has hinted at their collective disapproval of his sentiments, other celebrities — like Josh Gad, Sophia Bush and Kat Dennings — were more bold in urging Adidas to end its lucrative partnership with the rapper.

Even Harry Styles may have sent a subtle message, swapping his usual Gucci x Adidas sneakers for Vans during a concert earlier this week.

While Adidas may no longer be associated with Ye, the designer is scurrying to save his billion-dollar empire; West showed up uninvited to the Skechers headquarters Wednesday to try and strike a deal, though he was turned away.

Perhaps it’s time for Khloé to make like Gap and clear her shelves of all things Yeezy.