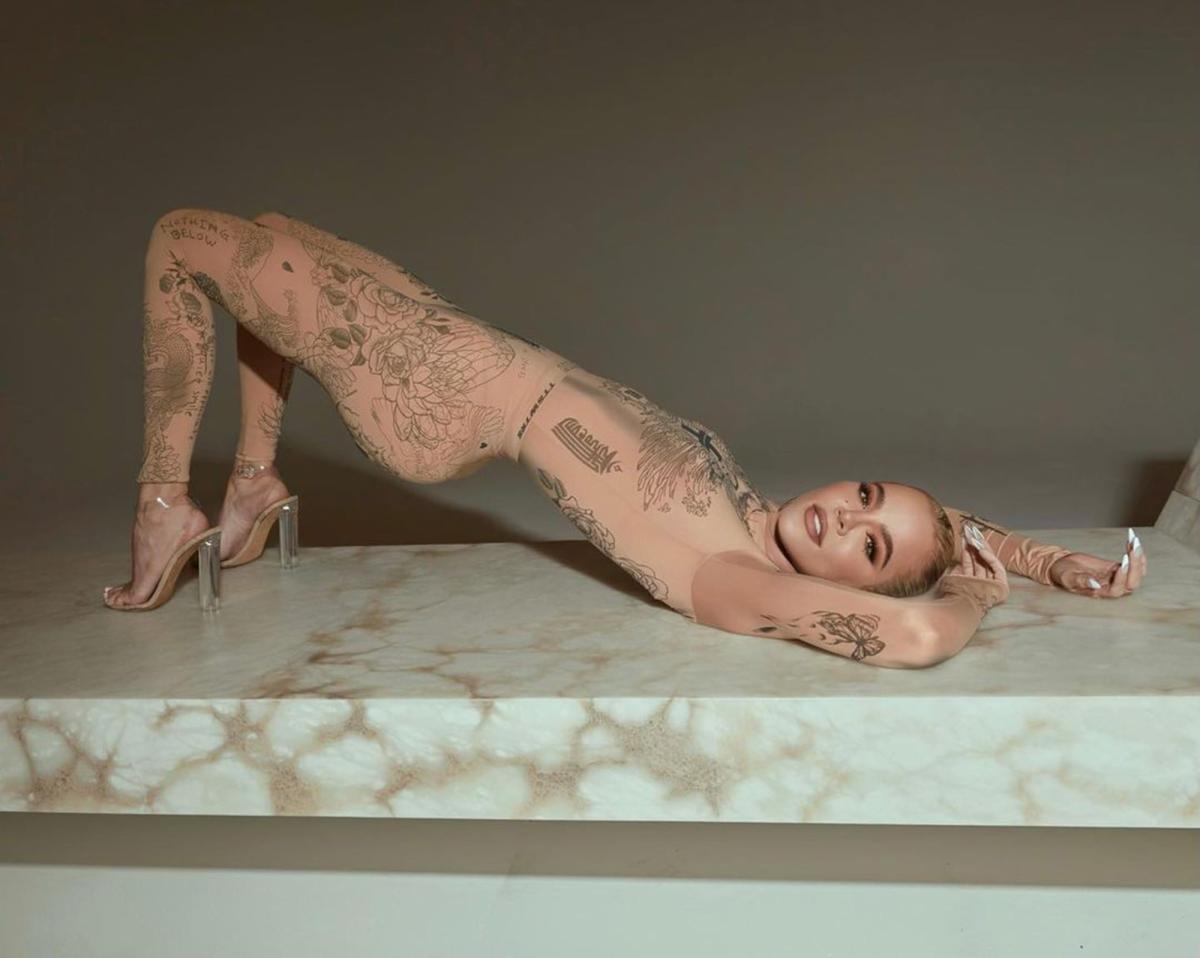 Her head-turning mesh look hails from Ukrainian label Ttswtrs — short for “tattoo sweaters” — which offers clothing inspired by “the perception of the body as a canvas,” per the brand’s website.

“We started with the main idea of creating an optical illusion of the naked body covered in tattoos,” designer Anna Osmekhina writes.

“SKKN anyone?” Kardashian, 38, captioned a series of Instagram photos of herself posing in the artsy outfit, which she paired with clear Yeezy heels and gold hoops.

The Good American co-founder, who celebrated her birthday on June 27, also posted a few photos of herself modeling the banging bodysuit alongside Kim and family friends including Kimora Lee Simmons, Jen Atkin, Sara Foster, Jennifer Meyer and Jonathan “Foodgod” Cheban.

MIA from the shoot were Kardashian significant others Travis Barker and Pete Davidson, both of whom are famously covered in real tats from head to toe.

Khloé’s sexy nude suit is the latest in a slew of “naked” looks spotted in the wild this summer.