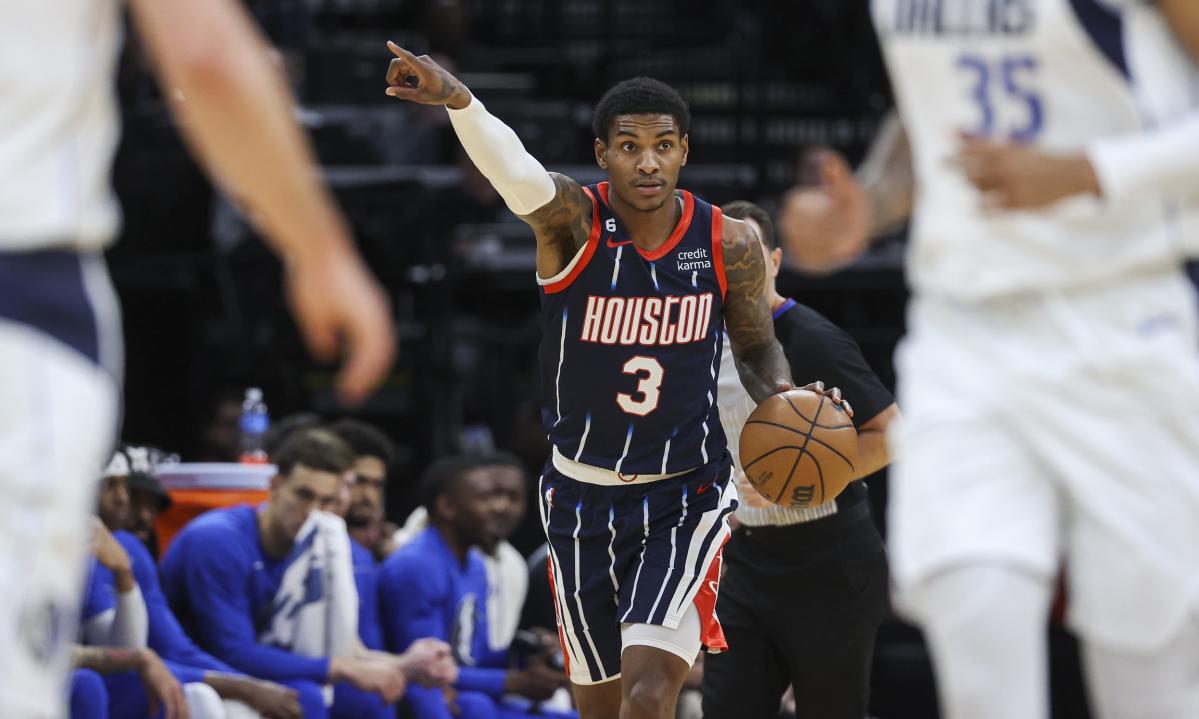 For the 2022-23 NBA season to date, the Houston Rockets still rank dead last in assists per game (21.7 entering Tuesday). But over their last two games versus the Mavericks and Bulls, including a big win at Chicago on Monday night, they’ve averaged 27 assists per game.

Relative to season-long averages, that figure would put the Rockets on the verge of ranking in the top five of the entire league.

That improvement isn’t by accident, according to starting point guard Kevin Porter Jr. and his teammates and coaches. It’s been a clear point of emphasis in recent days, and consecutive days off on Christmas Eve and Christmas Day allowed players extra time to watch film.

After Monday’s game in Chicago, Porter elaborated on their work, as relayed by Jonathan Feigen of the Houston Chronicle:

“We had a very good game sharing the ball, how the game was flowing between all of us last game, and we just wanted to bring that to this game,” said Porter, who dished out a team-high 9 assists on Monday while also scoring a season-high 36 points.

“We watched a lot of film. We came in locked in and focused on the game plan. We were phenomenal when it comes to just chemistry on offense and defense. We want to continue that. This was one of those games [where] you see the result of us learning and getting better.”

With that superior ball movement bringing cleaner looks, the Rockets shot a season-best 55.6% from the field against the Bulls.

“We came out with a lot of energy, sharing the ball, getting everybody involved,” said backcourt mate Jalen Green. “That’s Rockets basketball, right there. I think we had a statement to make.”

Alperen Sengun, who had 25 points and 11 rebounds on elite efficiency, said the ball movement can help in other areas of the game.

“We’re sharing the ball and playing great defense,” Sengun said. “We are more focused right now. I am so happy.”

“The ball was moving, and guys were making shots,” Silas said. “If they feel like it could come to them, the shots have a better chance of going in. If we can continue moving the ball like we have been the last couple games, then the possibility of us making shots goes up.”

“We have a competitive group that was probably tired of losing,” Silas concluded. “We have a group of good guys who want to do the right things. We had good energy tonight.”

The Rockets hope to keep that energy going as their three-game road trip continues on Tuesday in Boston and Thursday in Dallas. As the point guard, Porter puts it on his shoulders to maintain this form.

“I’m the point guard, so it definitely starts with me facilitating, getting my guys in the right spots, and giving them confidence when they get it,” Porter said from Chicago.

Podcast: Exploring pros and cons of a James Harden reunion in Houston