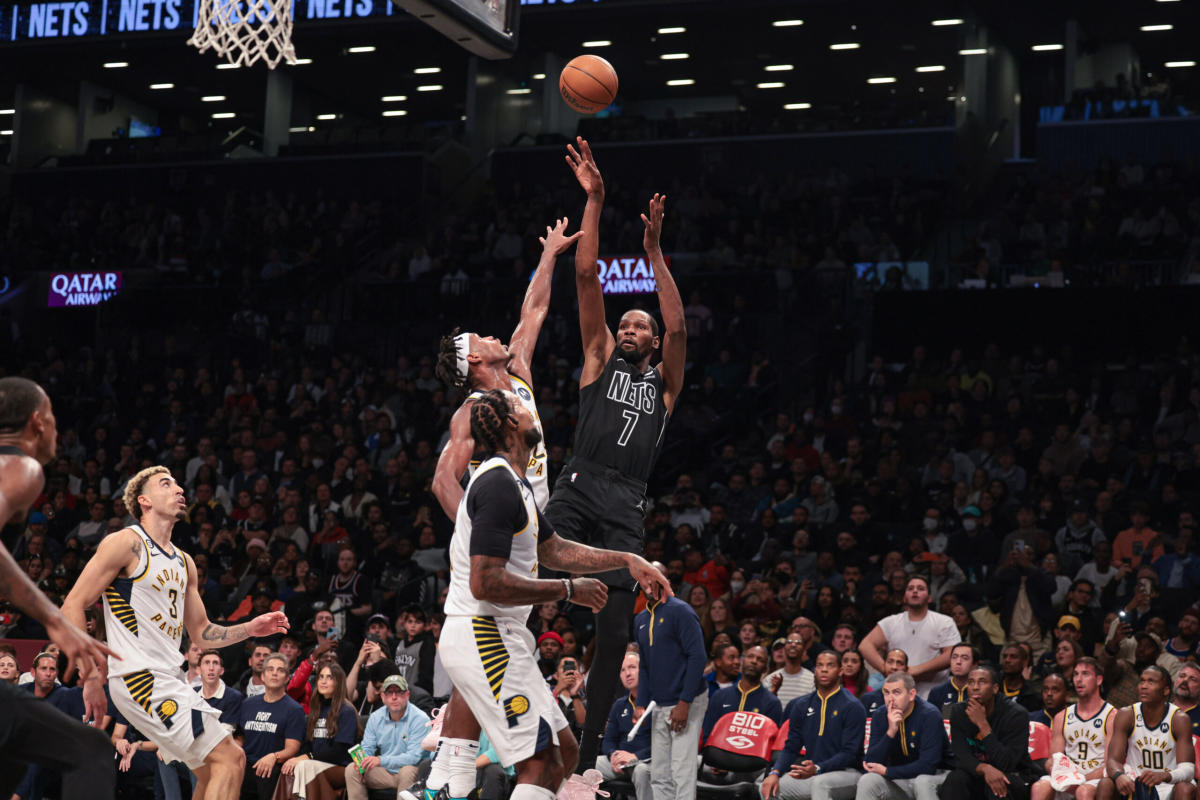 The Brooklyn Nets victory over the Indiana Pacers on Monday was essentially a must-win game for a struggling Nets team, and no one had a better performance than Kevin Durant – who just moved to 19th on the NBA’s all-time scoring list.

Superstar Durant scored an impressive 38 points against a Myles Turner-led defense, which boosted him above legend Vince Carter on the all-time scoring list.

“I love to score the ball. That’s the name of the game. That’s why we play basketball; to put points on the board and shift the game and be mentioned with the greats. To pass somebody I looked up to as a kid, my first NBA jersey was Vince Carter when he was in Toronto so that’s a full-circle moment for me. Grateful for all my teammates along the way that helped me throughout these years, my coaches as well, everybody that chipped in and helped make me the player I am today. Just got to keep going.”

You can see Durant’s highlights below: