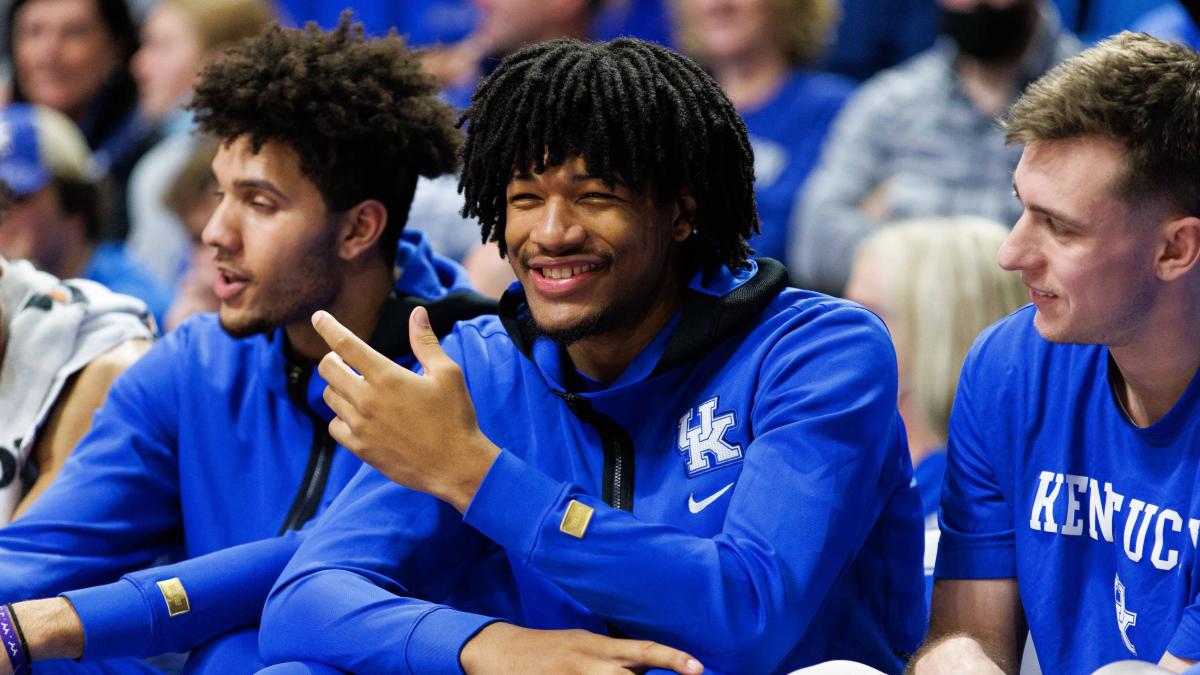 Kentucky guard Shaedon Sharpe is the biggest mystery in the 2022 NBA Draft and he knows it. The 19-year-old didn’t play a single game in college last year after coming out of high school as one of the top recruits in the country. Coach John Calipari said he has the talent to be the No. 1 pick, but few outside of the Kentucky program have seen him play in over a year.

Even Sharpe’s vertical leap is the subject of secretive intrigue. There was a social media report that he jumped 49 inches, which would be the highest mark in NBA history. But he says he doesn’t know what his max vertical is, that teams have tested it in the pre-draft process and he hasn’t asked for the number.

All the public knows is that he is supposed to be an athlete on the level of a Vince Carter or Andrew Wiggins, with the potential to be very good. And Sharpe is confident he will be a star at the next level, regardless of where he is picked.

See also  do fans pose a threat to NBA and MLB stars?

“I really don’t regret not playing. I’m working out for NBA teams now, so I guess I did something right,” he said during his pre-draft press conference on Friday.

Sharpe is listed at 6-foot-6 and is projected to go somewhere outside of the top-5. He could sneak into the top-5, depending on if a team sees his athletic potential as worth taking a chance on.

Sharpe says he has worked out for the Thunder, Magic, Pistons, Hornets, Spurs and Blazers. He also has one planned for the Pacers. Those teams cover the first, second, fifth, sixth, seventh and ninth overall picks, all ahead of the Wizards at 10, plus the 13th and 15th picks, behind Washington. It is not clear if he has had any contact with the Wizards.

See also  Gordon Hayward on the move this summer?

Sharpe, though, says he studies Bradley Beal’s game, as well as another former Wizard.

“Growing up I watched a lot of Kobe Bryant and [Michael Jordan]. Those two guys because they have great footwork… Right now I’m really watching Bradley Beal, Jayson Tatum and even Zach LaVine just because I feel like I play a lot like them. So, I really study those three guys,” Sharpe said.

Sharpe is trying to follow in the footsteps of great players and seems assured he can be one himself. While he is soft-spoken, he is also the speak-it-into-existence type.

On Friday, he was not shy at all about his goals for the next level.

“I see myself being one of the greatest players to ever play the game of basketball. Just playing at the highest level, just getting after it and competing. One of my goals is coming in as a rookie [and] winning rookie of the year. Also, All-Star and later on Hall of Fame.”

Sharpe didn’t add much clarity to why he didn’t play at Kentucky. He said it was ultimately his decision, though he sought guidance from Calipari, his parents and others.

When asked for details about his one-year sabbatical, which was essentially reported as a drawn-out eligibility saga, Sharpe kept shifting the conversation back to his training and his NBA future.

“Whatever happens, I’ll be ready for it,” he said.