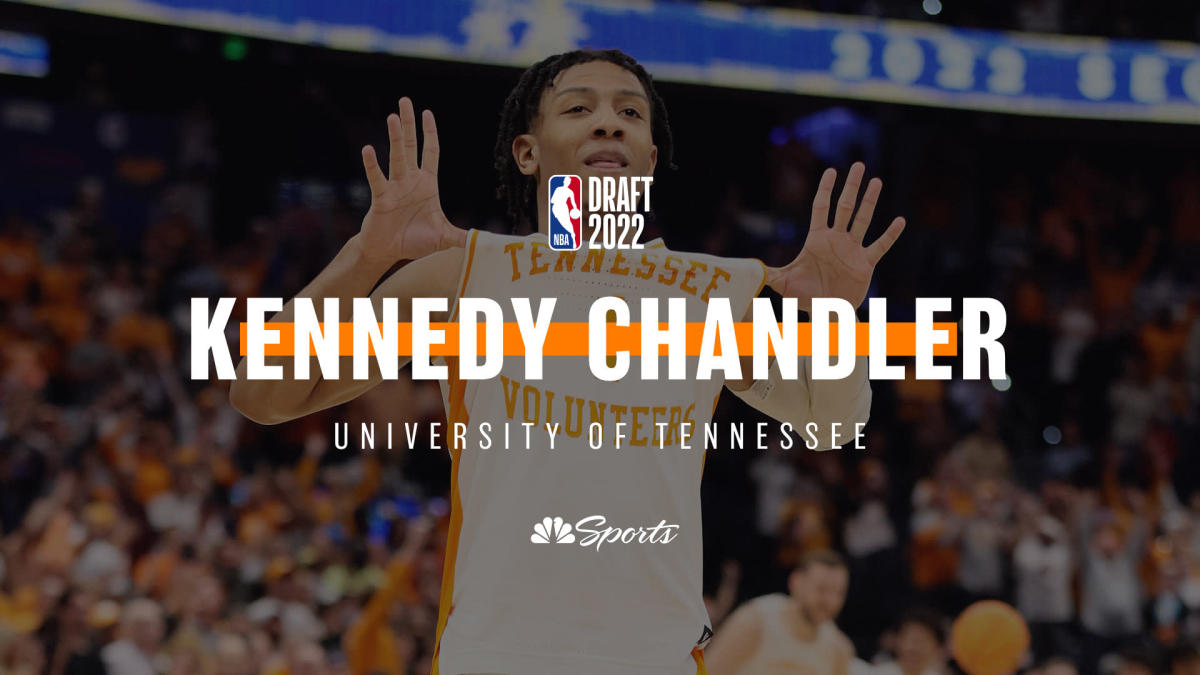 Chandler was the 27-8 Vols’ starting point guard from Day 1 of his freshman year and won MVP of the SEC tournament.

For the season, Chandler averaged 13.9 points, 4.7 assists and 3.2 rebounds. He was devastated after Tennessee’s second-round NCAA tournament loss to Michigan and consoled immediately after the game by Wolverines head coach Juwan Howard in a moment viewed by millions.

One nugget from an excellent story on Chandler by The Athletic’s Brendan Quinn: The Memphis native was Tennessee’s highest-rated recruit since Tobias Harris.

Chandler is comfortable in the pick-and-roll as both a driver and passer. For a young point guard, he already seems to have a nice sense for when to patiently probe the defense and when to attack downhill.

The shortest player at this year’s draft combine, Chandler recorded the highest maximum vertical leap at 41.5 inches. He’s not narrowly scraping over the rim on his dunks. The 19-year-old’s straight-line speed is very impressive, too.

Chandler created quite a few opportunities for open-floor fun; his 4.1 steal percentage ranked fourth in the conference. It’s also encouraging that those thefts didn’t just stem from reckless gambles. Sure, Chandler likes to jump into passing lanes, but he was bothersome, disruptive and productive on the ball. And it doesn’t hurt that Chandler has a 6-5.25 wingspan, which compensates some for the height he concedes and serves to enhance his closing speed.

Chandler’s shooting off the dribble wasn’t nearly as positive. Per The Box and One’s Adam Spinella, he made only 8 of 33 dribble jumpers from three.

Ideally, starting NBA ball handlers have effective counters to any pick-and-roll coverage a defense might try. Deep range à la Trae Young and Damian Lillard is a valuable weapon, but making jump shots when opponents go under screens or play deep drop coverage is borderline essential. Chandler will need to show he can do it.

Another must will be figuring out how to consistently convert free throws. He finished the year 60.6 percent from the foul line, had 5-for-14 and 8-for-19 stretches, and told reporters in March the issue was “all in my head.” This is imagining a worst-case outcome, but it would be a major problem if Chandler continued to struggle on free throws, grew more tentative about drawing contact, and relied excessively on his floater.

On defense, Chandler’s lack of size will inevitably be limiting. Young, Isaiah Joe and Bones Hyland were the only players listed lighter in this year’s playoffs.

Chandler’s athleticism, playmaking and defensive peskiness are qualities the Sixers generally would benefit from adding. That’s the case for taking him at No. 23.

The unfortunate reality for players his size is that weaknesses tend to be magnified. All shots inside the arc count the same, but no coach likes the perception of a mismatch or sits back and accepts someone being targeted defensively. On a playoff-level team, Chandler likely wouldn’t stay on the floor for long if a bigger player had success shooting jumpers over him or overpowering him in the post. The Sixers want players who can hold up fine on both ends of the court in the postseason and, even if everything works out well with his shot, it’s valid to wonder whether Chandler can ultimately be that.