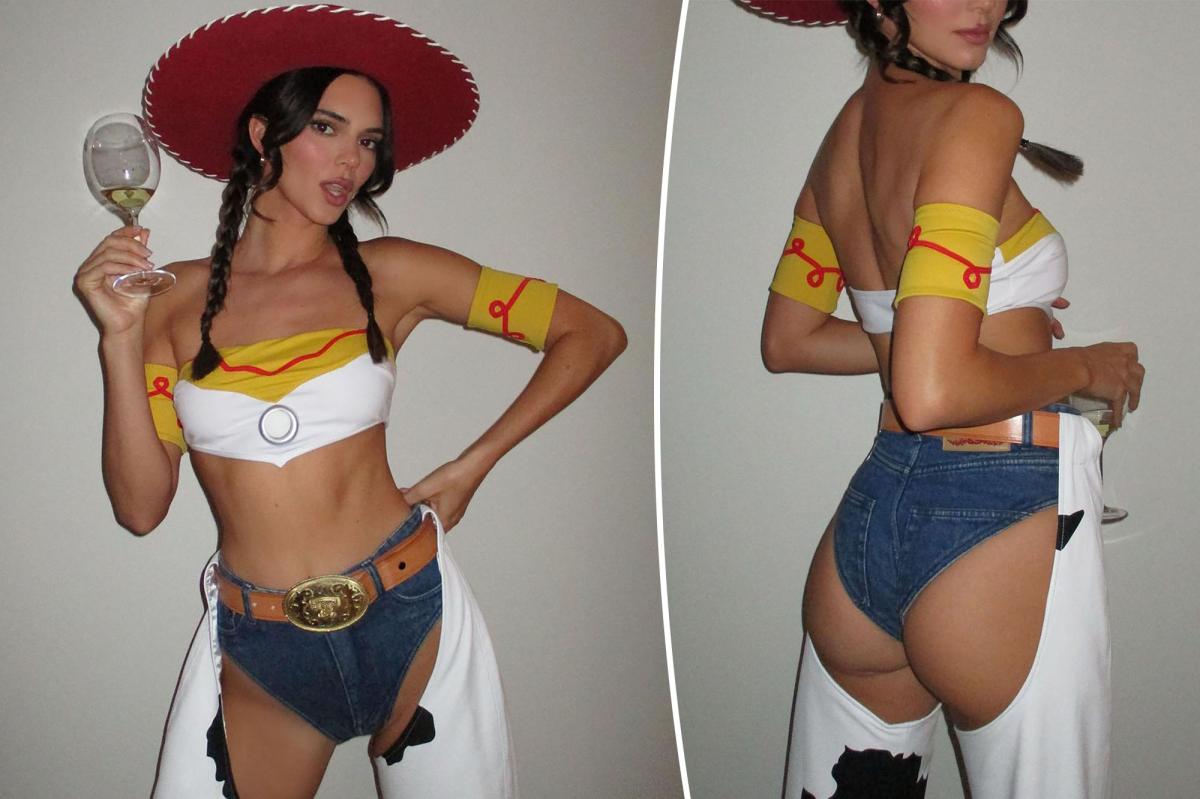 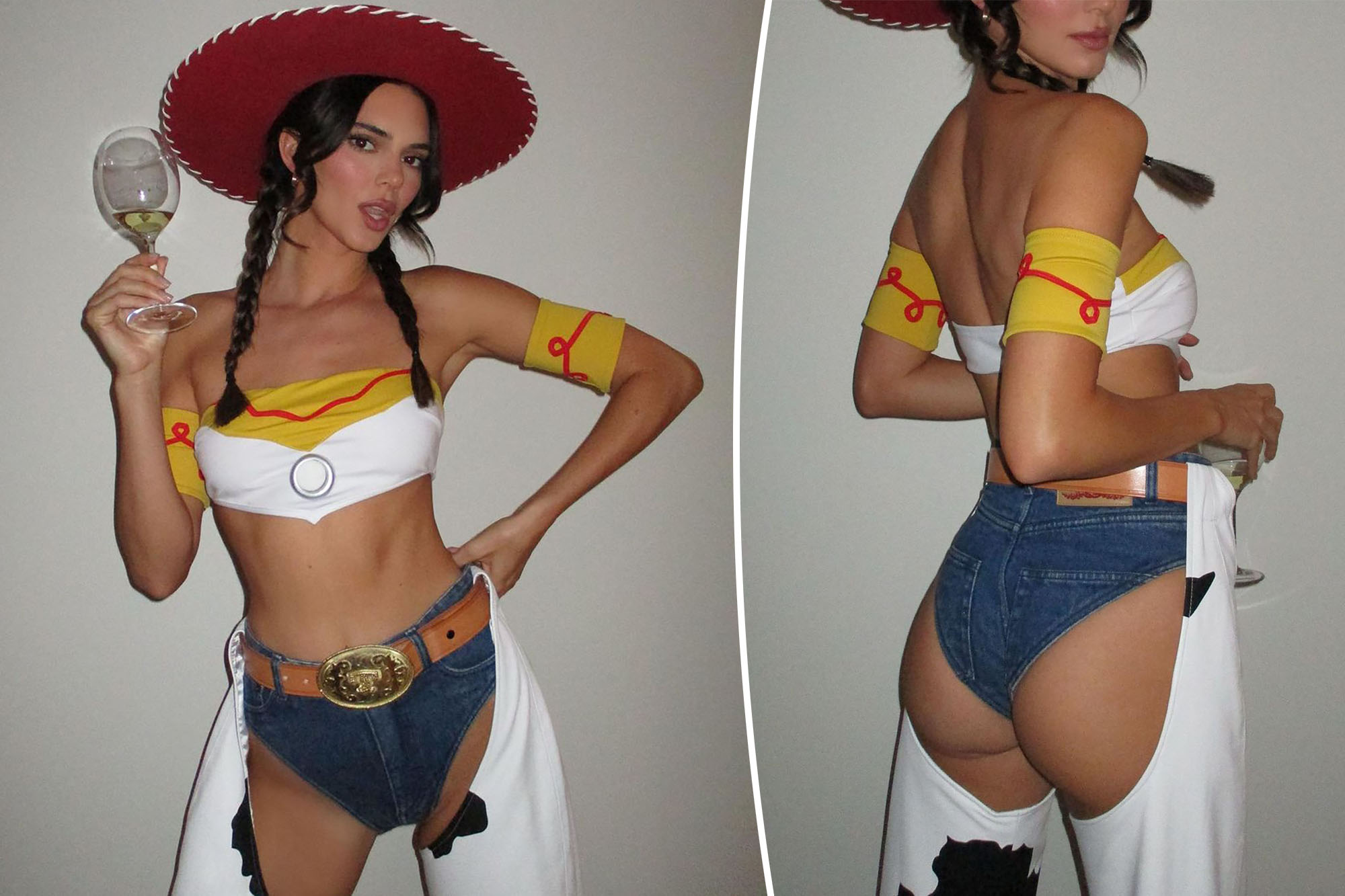 Kendall Jenner channeled her inner horse girl for Halloween 2022, dressing up as a sexy version of Jessie from “Toy Story” to celebrate over the weekend — but some weren’t too fond of the skin-baring look.

Wearing a large red hat, Western-style cropped shirt, cow-printed chaps and denim briefs, Jenner, 26, captioned a series of photos of her look with a quote from the Pixar character: “Well aren’t you just the sweetest space toy.”

However, some of the comments on her Instagram weren’t as sweet.

Despite the backlash from Pixar purists, lots of Jenner’s famous friends gave the costume their stamp of approval.

After posing for her official photoshoot, Jenner’s Jessie slipped into something a little more comfortable, swapping her crop top for a bandeau bra. Khloé dubbed her the “Sexiest Jesse I’ve ever met,” while Addison Rae called the look “hot.”

Kendall wasn’t the only one in her family to choose a movie-inspired costume; Kim Kardashian wore a latex catsuit and blue body paint to transform into “X-Men” superhero Mystique, while Kylie Jenner went full “Bride of Frankenstein” before channeling “Mistress of the Dark” Elvira.

Newlyweds Kourtney Kardashian and Travis Barker, meanwhile, got all dolled up as Tiffany and Chucky from “Bride of Chucky.”

Perhaps next year, Kendall should stick to sexier or scarier movies rather than pay homage to a children’s classic.