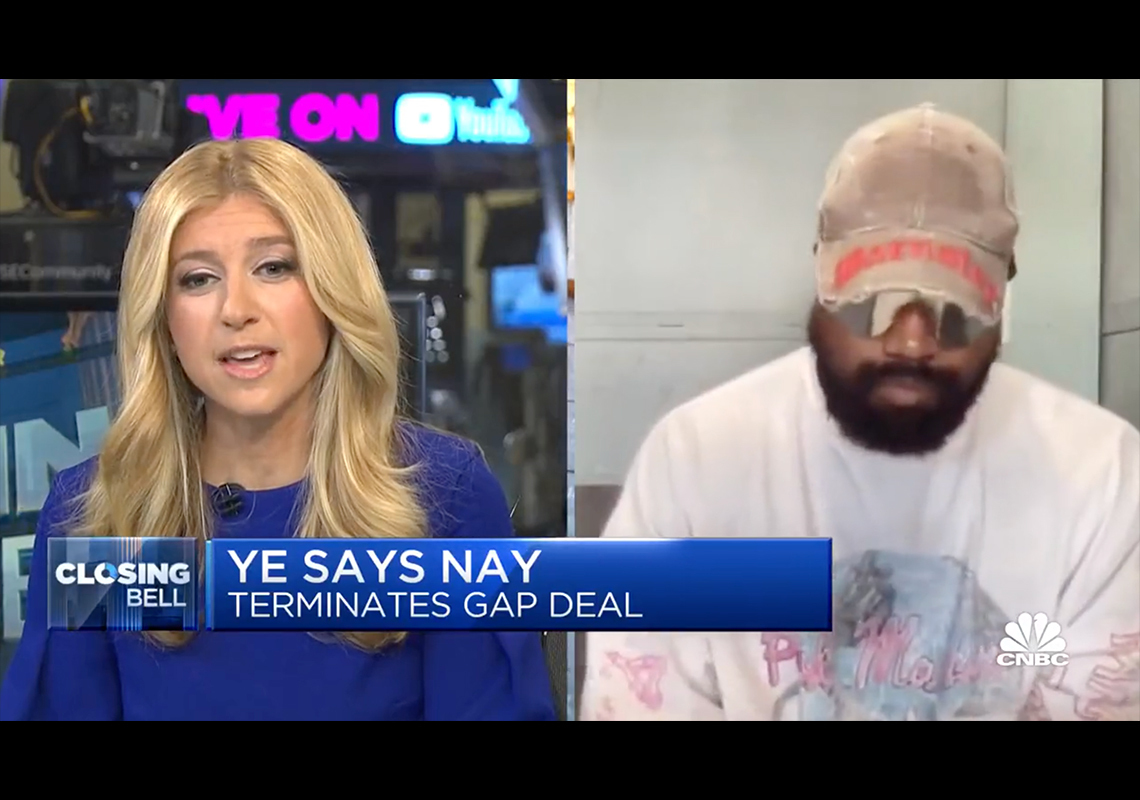 In the on-going saga that is tension between Ye – the being formerly known as “Kanye West” – and adidas, the 45-year-old artist has doubled down on his dissatisfaction with the Three Stripes.

“This is the day of liberation,” the former “Mr. West” told Sara Eisen in a recent interview for CNBC’s Closing Bell. “This is the day…to be valued on the equity that we bring.”

Ye hasn’t made many on-air appearances since his subpar presidential campaign in 2020, but his latest batch of sound bites comes after his legal team has notified Gap that the Yeezy frontman is moving to terminate his contract with it, a partnership that went into effect in June 2021 with plans to run until 2030. Eisen also asked Ye about his current feelings towards adidas, with which Ye has had a field day on social media over the last month.

“Any of these relationships that I’m in…I have to have a say so..on the colorways – [adidas] were doing colorways, they were naming things. They were sending guys in telling me ‘Don’t tell your audience that you didn’t name that.’”

Included in the laundry list of aggravations (both legal and personal) are failure to open up adidas Yeezy-specific retail stores; the slowing down of product allotment; “copying” of Yeezy designs; and intentional product sabotage.

“We did this shoe, this knit runner, I told them, ‘This needs to be a marathon shoe.’ And it ended up being the most uncomfortable Yeezy ever – on purpose,” Ye told Eisen.

The Chicagoan didn’t specify which “knit runner” he believes adidas ruined, but he’s likely referring to the YZY KNT RNNR, the latest laceless Yeezys. Given the shape, materials and unconventional look, it’s difficult to imagine the pair as a “marathon shoe,” but Ye may have just been using that type of footwear as a benchmark for durability and performance, given that netizens were concerned with those two things when leaks of the sock-like model surfaced in June 2021.

Ye’s contract with the German sportswear behemoth is currently set to run until 2026. The “DONDA” rapper told Bloomberg on Monday that he’d be done with corporate America after his adidas and Gap contracts expired, but given the most recent update to his relationship with the latter, Ye may not wait four more years to free himself of adidas.