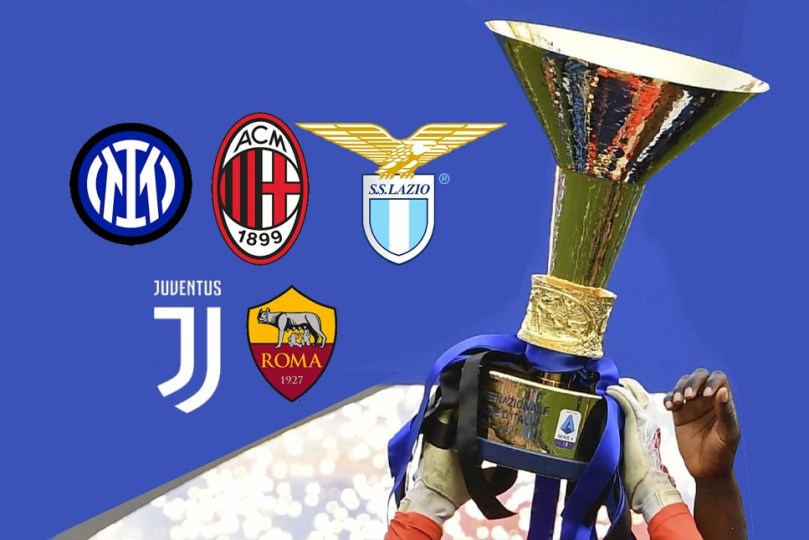 Serie A 2022-23: Serie A Points table – AC Milan kick off the new season against Udinese at the San Siro on…

Serie A 2022-23: Serie A Points table – AC Milan kick off the new season against Udinese at the San Siro on Saturday as teams gear up for a 15-match sprint between now and the World Cup in Qatar. Inter Milan, Juventus, Roma and Lazio have all made interesting moves, meaning that the race is likely to be as open as last year’s, which went down to the wire. Follow Serie A 2022-23 live updates on InsideSport.IN

Serie A 2022-23: All you need to know about Serie A 2022-23 season, Juventus, Inter set to challenge AC Milan’s Scudetto in a 15-match sprint before FIFA World Cup break, Follow Serie A Live Updates

Milan have lost Franck Kessie to Barcelona but brought in free-agent striker Divock Origi and spent 35 million euros ($36 million) on promising but unproven forward Charles De Ketelaere. Inter, meanwhile, started the summer with a bang by bringing back Romelu Lukaku on loan from Chelsea but were beaten to the punch by Roma and Juve respectively for key targets Paulo Dybala and last season’s best defender, Gleison Bremer.

The loss of Bremer to their biggest rivals was a blow for Inter, the inability to strike a deal with Paris Saint-Germain for the sale of Milan Skriniar holding up the purchase of the Brazilian from Torino and allowing Juve to bring in a sound replacement for Matthijs de Ligt and Giorgio Chiellini. It dented the enthusiasm among fans who had thought Simone Inzaghi’s team would strengthen to the point of being hot favourites to retake the title but are newly worried about the financial stability of the club’s Chinese owners Suning.

Juve have also brought in star names Paul Pogba — now out until September with a knee injury — and Angel Di Maria, and are going after Leandro Paredes, Filip Kostic and mercurial attacker Memphis Depay. However, Sunday’s 4-0 friendly thrashing at the hands of Atletico Madrid was exacerbated by old boy Alvaro Morata’s hat-trick and has caused murmurings about the future of coach Massimiliano Allegri, who needs a big campaign after finishing 16 points behind Milan last time out.

How do I watch live streaming of Serie A matches?

Serie A 2022-23 live matches will be available for streaming on Voot Select, Sports18 and Jio TV.

For Indian fans, the new season of Serie A will be broadcasted on Viacom18’s flagship youth brand channel MTV and OTT platform, Voot Select.

The toughest league which separates the boys from the men is here. Some of the biggest, toughest personalities have played in this league. And this year Inter Milan, AC Milan & Napoli are neck-to-neck in an exciting season. The toughest league has a new home – Sports18.

Sports18 network is owned and operated by Viacom18. Launched on 15th April 2022, Sports18 SD + HD is available across all leading Direct-to-Home and Cable services. The newest addition to the sports broadcast ecosystem in India, it is the home of some of the most popular leagues and tournaments in the world. Welcome to the new home of NBA, Ligue 1, LaLiga, Serie A, alongside action from the BWF & ATP tours!

Serie A 2022-23: All you need to know about Serie A 2022-23 season, Juventus, Inter set to challenge AC Milan’s Scudetto in 15-match sprint before FIFA World Cup break, Follow Serie A Live Updates