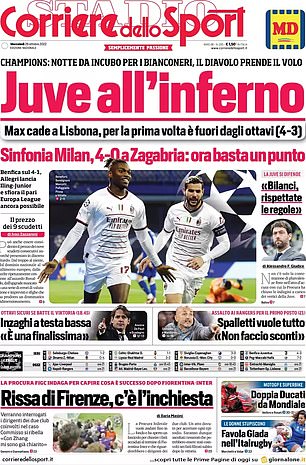 ‘Juve in HELL’: Italian papers let rip at club’s ‘nightmare’ loss at Benfica, with ‘EMBARRASSING’ errors dumping Massimiliano Allegri and his struggling players out of the Champions League at the group stage

The Italian giants were unceremoniously dumped out of the Champions League after a 4-3 defeat by Benfica – and the front pages of prominent newspapers in Italy didn’t hold back.

‘Juve in Hell,’ read the headline on the front of Corriere dello Sport, while Tuttosport asked, ‘Who will pay the damages?’

It is the first time in nine years that Juventus have crashed out at the group stage. 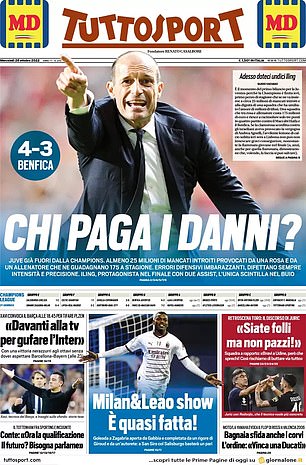 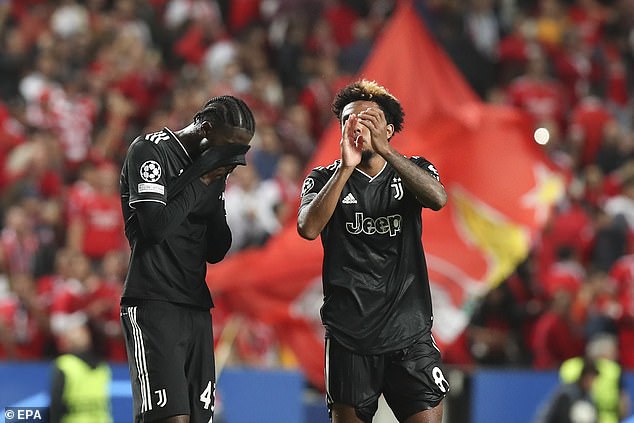 Things have transpired so poorly for Juventus in this group – in which they have won once and lost four times from five games – they may yet finish bottom and fall out of European competition all together.

Corriere dello Sport described the 4-3 defeat in Lisbon as a ‘nightmare’ and one that is ramping up the pressure on manager Massimiliano Allegri.

Tuttosport looked closer at the money Juventus miss out on as they fail to reach the last-16. 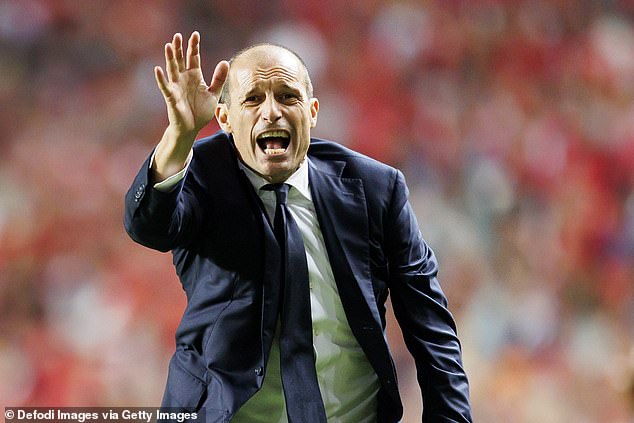 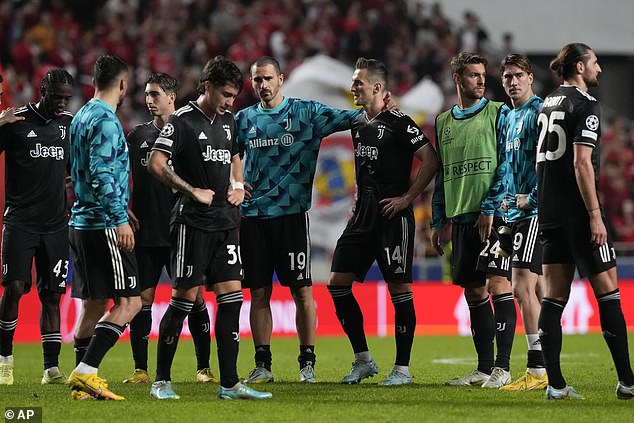 Juventus players react following their defeat in Portugal, despite attempts of a late comeback

Gazzetta dello Sport simply said ‘too late’ after a flourish towards the end wasn’t enough to get anything out of the game.

‘This elimination hurts, we are angry and disappointed, but we have to focus now on Serie A and catching up because it has not been a good start to the season and we need to recover physical and mental energy,’ Allegri told Sky Sports Italia.

‘We must accept this elimination and turn that disappointment into motivation for the next match against Lecce.

‘The elimination was certainly sealed before this, but we still should’ve stayed in the game, as we got the sense despite a poor first half that we could still hurt Benfica.

‘Unfortunately, we made it more difficult for ourselves and Soule could’ve scored to give us the hope of winning in the final minutes.’ 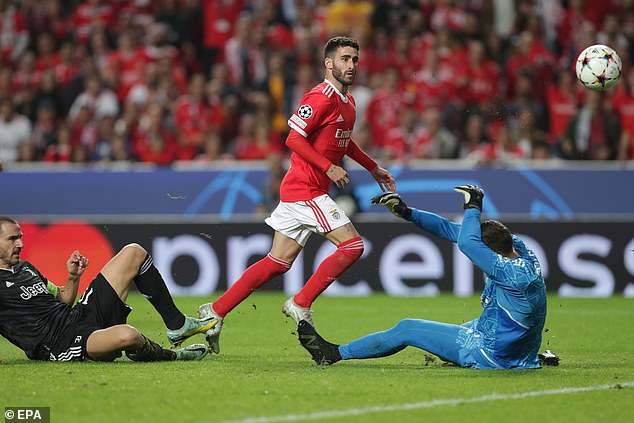 Benfica raced out into a 4-1 lead after goals from Antonio Silva, Joao Mario, and a brace from Rafa Silva.

Substitute Arkadiusz Milik and midfielder Weston McKennie scored to make it 4-3, adding to Moise Kean’s goal at 1-1, but it was all in vain.

Europa League football is still a possibility but Juventus will need to better the result of Maccabi Haifa on the final matchday to avoid finishing bottom.

Both teams are on three points right now and their head-to-head is identical, meaning goal difference will come into play, which favour Juventus by six goals currently.

Juventus host free-scoring Paris Saint-Germain in the final group game, on the back of them hitting Maccabi Haifa 7-2 on Tuesday.