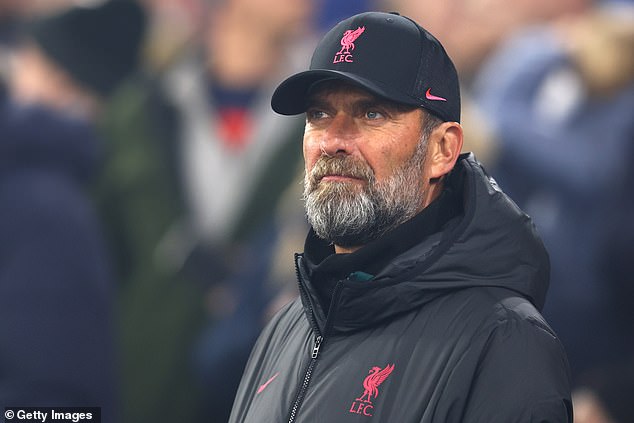 ‘I am not sure I would want them to be honest’: Jurgen Klopp rules out trying to sign a player seeking Champions League football next season if Liverpool fail to qualify – with Jude Bellingham among his transfer targets

Jurgen Klopp doesn’t think Champions League participation is the only thing transfer targets should take into consideration, but finishing in the top four won’t do any harm when pursuing stars like Jude Bellingham.

The stakes are therefore high when Liverpool return to league action at Aston Villa on Boxing Day.

They’ve been playing catch-up from the start of the season when they collected only two points from nine and although their form has improved, they are still sixth, seven points off a Champions League spot.

Facing a Villa side minus World Cup-winning goalkeeper Emi Martinez is a bonus but that is offset by injuries to Luis Diaz, Diogo Jota and Roberto Firmino leaving the visitors light up front.

‘The top four is our main target,’ admitted Klopp. ‘Fifteen points behind the leaders Arsenal, you can’t ask if we will be champions.

‘For the moment we still have two pathways to qualify and as long as that is the case, I see us as proper contenders.

‘I want to be in the Champions League all the time and 100 per cent we are one of the contenders for the next few years.

‘If a player would prefer to go to a club who are in the Champions League this year but maybe not next year, I am not sure I would want them, to be honest.’ 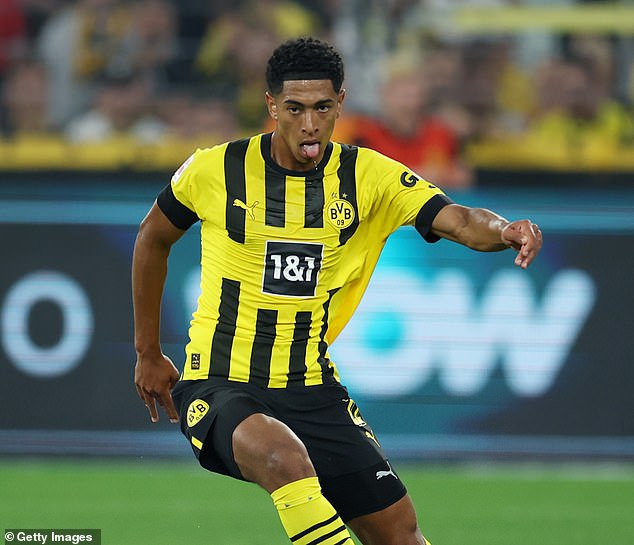 It is rare for elite players to choose clubs knowing they’re not in the Champions League – Paul Pogba was an exception when he signed for Manchester United in 2016.

More common is the example of Eden Hazard who, like Bellingham, was chased by all of Europe’s biggest teams and only settled for Chelsea once he knew they had qualified for the premier competition.

Klopp could not have made his admiration for Bellingham more obvious in his final press conference before heading to Villa Park, describing the Borussia Dortmund player, 19, as ‘exceptional’.

And he is also confident his current set of players are capable of emulating their good run of 12 months ago when they started 2022 with 15 games unbeaten until March.

‘The signs I got in our Dubai training camp during the World Cup were super-positive,’ said the Liverpool manager. ‘There were also positives against Manchester City in the EFL Cup on Thursday even though we lost 3-2. If all the signs are positive, I see no reason not to be.

See also  Against all odds, Lionel Messi has one last shot at World Cup glory with Argentina | Lionel Messi

‘It’s been completely different from our pre-season in the summer. I saw in the friendly games we’ve just played that we are going in the right direction. Against AC Milan it was really good in all aspects.’

In addition to the injuries up front, James Milner is unlikely to feature at tea time after hurting his hamstring at the Etihad, and World Cup finalist Ibrahima Konate only returns to training on Tuesday.

‘Having two long-term injuries up front is not helpful. Never was, never will be,’ said Klopp, who is seeking reinforcements in the January window.

‘Last season we had Luis Diaz come in which was very helpful for that part of the season. Doing something again that is very positive – why not?’