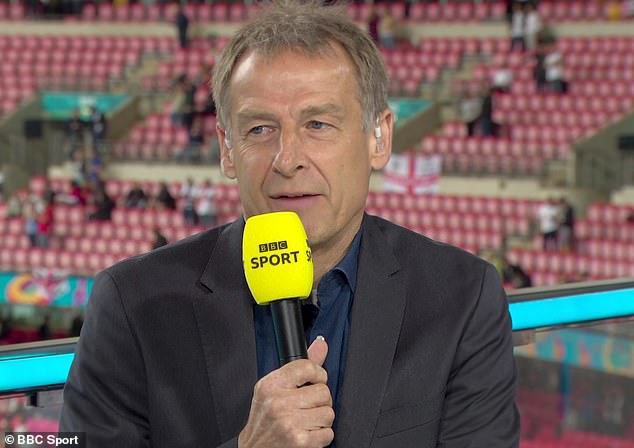 ‘It’s a decision to make sooner or later’: Jurgen Klinsmann believes the time is coming for Harry Kane to decide his Tottenham future… as the German legend claims ‘people would forgive’ the England skipper if he decided to move on to win trophies

Tottenham favourite Jurgen Klinsmann has claimed the time is coming for Harry Kane to decide whether he will move on from the club in order to fulfill his ambitions of winning trophies.

The former German striker excelled during two stints with Spurs and scored 38 goals in 68 games.

This included helping the north London side to avoid relegation from the Premier League in 1998 while on loan from Sampdoria.

Tottenham talisman Kane has under two years left on his current deal and was heavily linked with a move to Manchester City last summer but Pep Guardiola’s side were unable to meet Spurs’ asking price. 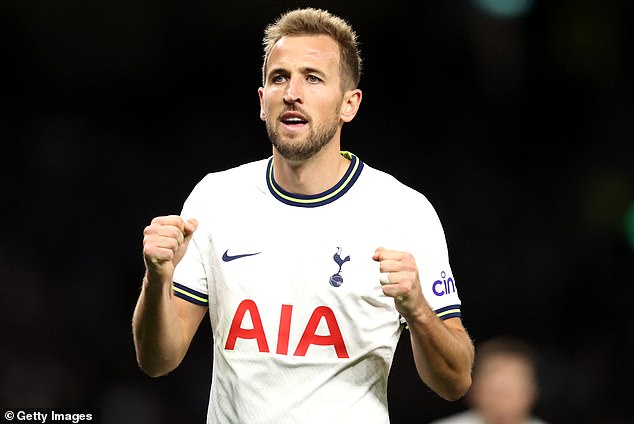 Bayern Munich have also been credited with an interest in the England skipper at points this season, with Kane yet to sign an extension to his deal with Antonio Conte’s side.

And Klinsmann, who himself was in a similar position to Kane when he left Tottenham to join Bayern in 1995, much to the disgust of then chairman Lord Alan Sugar, believes Kane would be well within his rights to move on and said he is approaching decision time for his career.

‘There’s no suggestions. No advice. I’m a huge, huge fan of Harry,’ he told The Athletic’s View From The Lane podcast

‘It’s a decision that he has to make sooner or later. He knows he has a very good team right now. 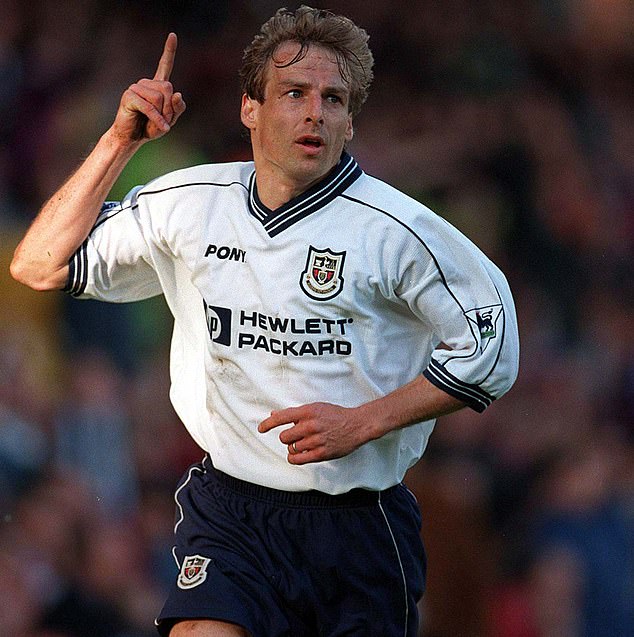 ‘He has a very strong-minded manager, so we all hope that he actually starts to win trophies now with Spurs. That’s our hope.

‘But also, I think people would forgive him if he said at a certain point, if it’s next summer or the summer after when his contract is definitely over, that he will move on to a club that might give him a higher probability to win trophies.

‘But I still have that hope that it will happen with Spurs.’

Klinsmann also opened up on his departure from Spurs to join the German champions and the ire he received from his chairman at the time.

He said: ‘I totally understood his emotions and his anger. But I was 31 and I said, “You know what? I’ve got to go there”.

‘And right away I won the UEFA Cup. I won the German championship. And then in the middle of it, we (Germany) won Euro ’96 in England.