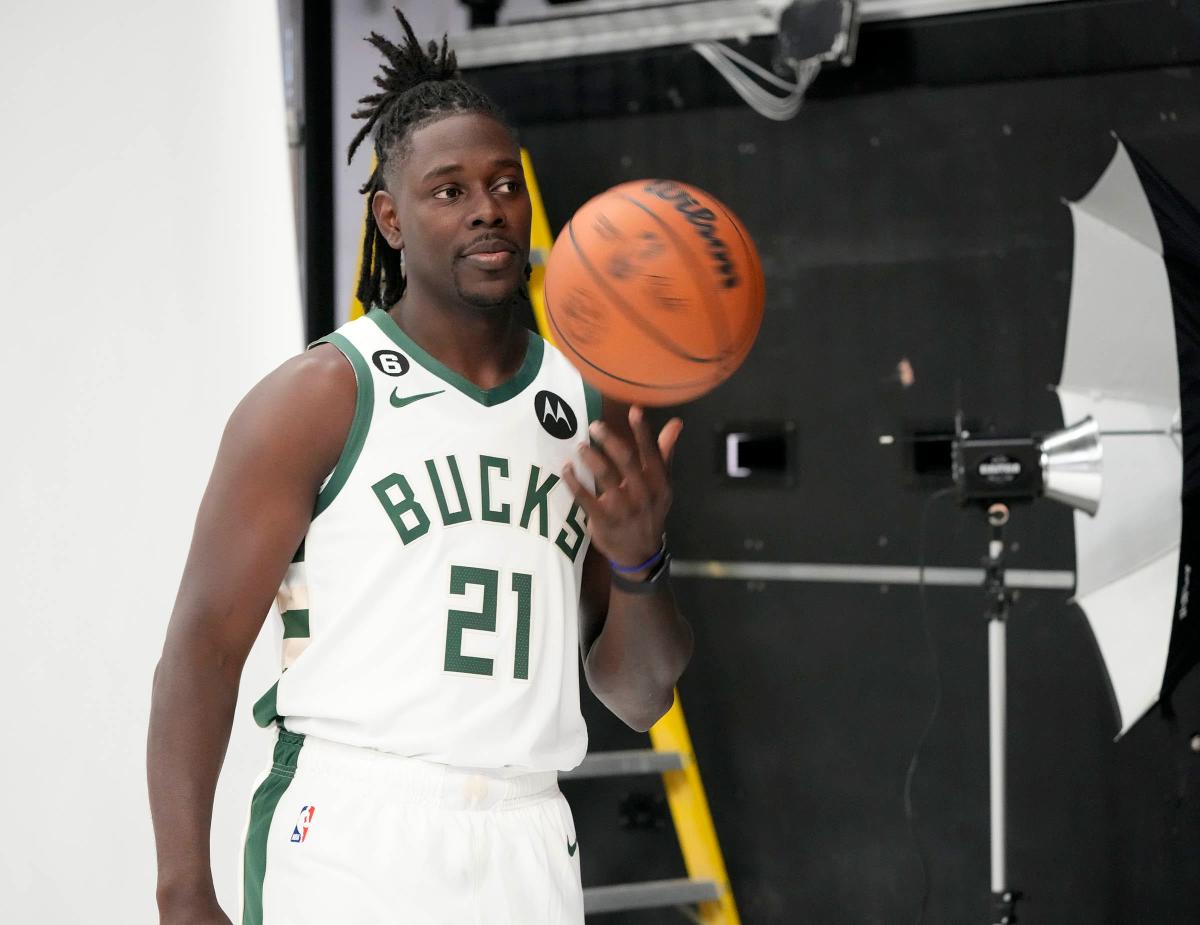 MILWAUKEE – Sometimes a little thing can spark a big idea.

And for Jrue and Lauren Holiday, the big ideas always lead to action.

While doing some renovation work in their home, Lauren Holiday felt perhaps local women’s shelters could use the same attention to their facilities. So the Holidays partnered up with the Milwaukee Bucks Foundation and the Kohler Co. to donate about $200,000 toward bathroom product upgrades and additional resources to shelter and domestic violence issues in Wisconsin.

The Bucks announced the Sojourner Family Peace Center and Hope House in Milwaukee and The Women’s Center in Waukesha will initially receive physical upgrades that are expected to be completed during this basketball season. The project is folded into a year-long initiative with the Wisconsin Coalition Against Domestic Violence.

“I think that’s kind of where we first got connected with Kohler because we heard that they were in Wisconsin and we got introduced to them,” Jrue Holiday said of Lauren’s brainstorm. “I think to be able to give back is an awesome thing, so a big company and a great company like Kohler – it was really just what worked best for both of us and it ended up coming about.”

The Holidays have been part of Milwaukee for just less than two calendar years (he was acquired via trade with New Orleans on Nov. 24, 2020), but Jrue said the way businesses and people of Wisconsin have answered the call of giving has been overwhelming.

“It’s been awesome,” he said. “I think they’re resilient. I think they’re trying to be transformational. Just the way of thinking, (keeping it) the way that it’s probably always been, sometimes isn’t good – so even just being new to ideas and us who aren’t from Wisconsin coming in and giving ideas and suggestions and stuff has been … I mean they’ve really responded to it.

“It’s been really fun. I think for me sometimes it’s been a little difficult being able to handle that and be able to handle basketball during the season, but again, it’s all been worth it.”

The Holidays pledged to make a difference in Milwaukee from the moment they got the call from Bucks general manager Jon Horst, and their JLH Fund has helped local Black-owned businesses and non-profits not just in Milwaukee but in Indianapolis, New Orleans and Los Angeles.

“I’m not sure we had an expectation of how big it would be,” Jrue said. “We just knew we wanted to help people. But seeing how it’s progressed and where we are now is really cool to see. So I can’t necessarily say I’ve been surprised by it, but it is really exciting that we get to see other people care about other people and I think for us, me and my wife, we’ve been blessed to have a lot of great opportunities to give back. And not only that, just to see the grantees that we’re giving to also want to give back to the community is cool.”

The G League held its annual draft on Saturday and the Wisconsin Herd selected Joe Wieskamp with the second pick. The 6-foot, 6-inch wing was the No. 41 pick in the 2021 draft by the San Antonio Spurs but was waived after training camp this season.

With their second pick, the Herd selected Tyrn Flowers. The 6-9 forward played at the University of Massachusetts and Long Island University.

The join Bucks two-way players Sando Mamukelashvili and AJ Green, along with former Dominican High School star Alex Antetokounmpo, on the Herd’s 17-person training camp roster. Also on the rosters is guard Lindell Wigginton, who was part of the Bucks training camp roster and played 19 games for the Bucks last season.

Former Bucks player Sam Merrill was the No. 1 pick of the G League draft, going to the Cleveland Charge. Merrill was acquired in the trade that brought Holiday to the Bucks and was part of the championship team before being dealt to Memphis for Grayson Allen.