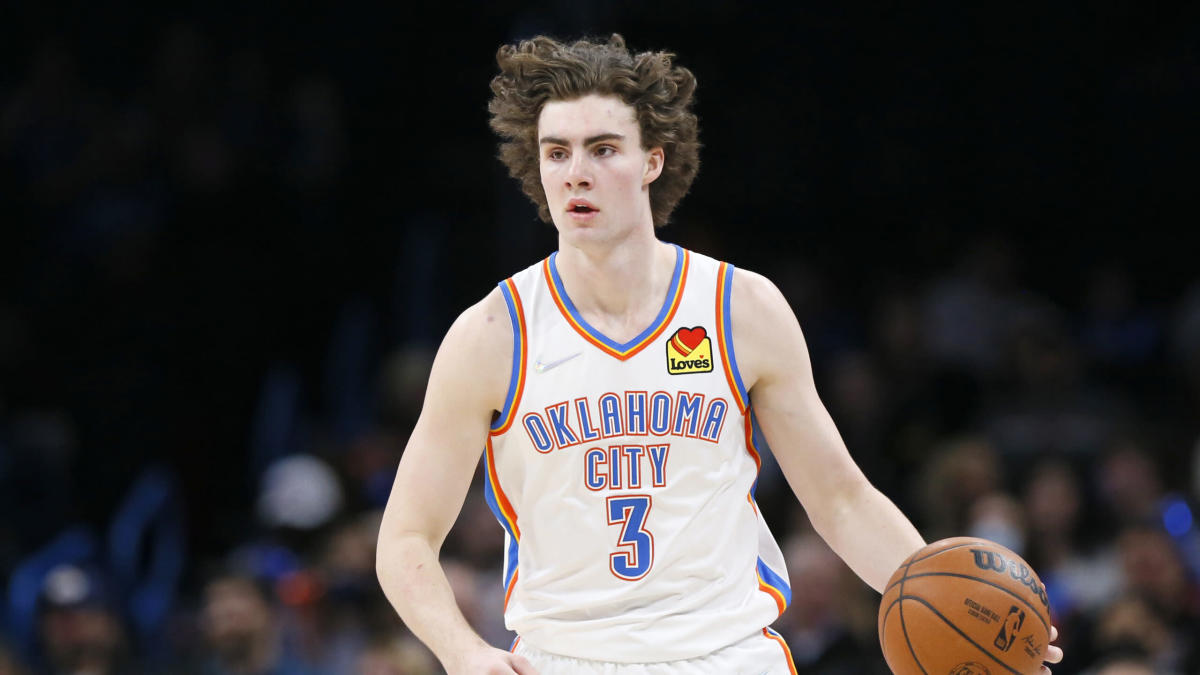 After a dazzling summer league debut that dominated the NBA discourse, No. 2 pick Chet Holmgren came back down to Earth a little bit with a decent performance.

Holmgren looked tired out by the second half and after playing a combined 46 minutes in a 24-hour time span, he will likely sit out Thursday’s Salt Lake City finale against the Philadelphia 76ers.

Josh Giddey and Jalen Williams were the other two players who stood out outside of Holmgren once again. Giddey continues to show that he’s too talented to play summer league games as he collected a triple double and Williams continues to score the ball efficiently.

Let’s take a look at player grades as the Thunder win their second game in as many days.

Holmgren had a quieter game as he finished with just 11 points on 3-of-11 shooting, 12 rebounds and two blocks.

The biggest talking point coming out of this game for Holmgren involves him getting owned in the post a few possessions by Grizzlies two-way player Kenny Lofton Jr. — who is 6’6 and weights 280 pounds.

The biggest criticism for Holmgren throughout the entire draft process was his skinny frame as a popular opinion was that he is too skinny to withstand NBA competition.

While that is probably true, there are not enough low-post-banging big men who’d abuse Holmgren all game long and the ones who would are already MVP-quality players that would get theirs anyway. Some of those players include Zion Williamson, Giannis Antetokounmpo, Joel Embiid and Nikola Jokic.

Lofton Jr. outmuscling Holmgren on a few post possessions should not be made out to be more than what it is. While Lofton Jr. deserves credit for taking it to the No. 2 pick, it should not be viewed as a sign of bad things to come.

Will Holmgren get bodied against guys with significant weight advantage? Definitely. Are there enough players in the league to make that a serious hinderance for Holmgren? Not really. Will Holmgren gradually gain weight and muscle over time as he gets exposed to some of the best training programs and dietitians? Who knows but the opportunity is there.

Giddey was the best player on the floor for the Thunder as he finished with 14 points, 10 assists and 10 rebounds to collect a triple-double. Giddey also shot a healthy 7-of-15 from the field.

Giddey is just way too good to be playing in summer league. He’ll probably get shut down sooner rather than later to avoid unnecessary injury risks. At least it’s nice to see him start to develop a little chemistry with Holmgren.

Jalen Williams continues to impress as the 21-year-old finished with 16 points on an efficient 5-of-9 shooting. In two summer league games, Williams has scored 33 points on 13-of-20 shooting (65 percent).

This is to be expected from a player that was viewed as more finished than raw. Williams has shown the ability to be a great off-ball cutter as well as being able to go to the paint and finish around the rim.