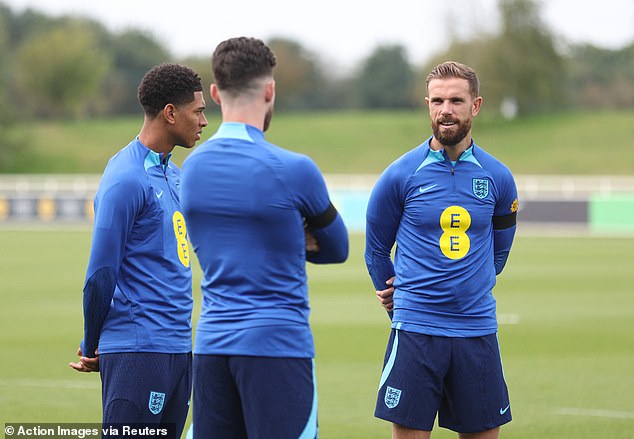 The Three Lions are due to complete their Nations League campaign in the coming days as they face Italy in Milan on Friday before hosting Germany at Wembley next Monday.

This will be the last opportunity for a number of players to impress before Southgate names his squad for Qatar, but Henderson, Rice and Bellingham were not present for training as a precaution so that their workloads could be managed. 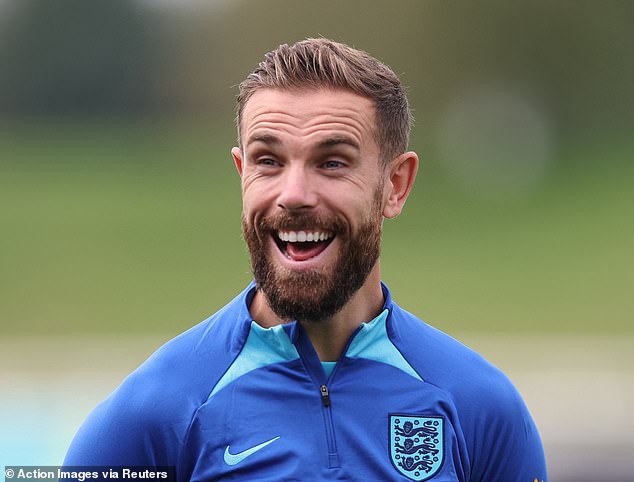 Henderson only joined up with the squad on Tuesday morning after recovering from a hamstring injury earlier than expected.

The Liverpool captain has missed the Reds’ last three games with the issue, but has returned to fitness and was called up to replace Kalvin Phillips who has been sidelined with a shoulder problem that may require surgery.

Henderson, Rice and Bellingham were all pictured taking part in the warm-up, but sat out the main session later on.

Southgate has named a 28-man squad for this international break, and the remaining 25 players were put through their paces in the full session. 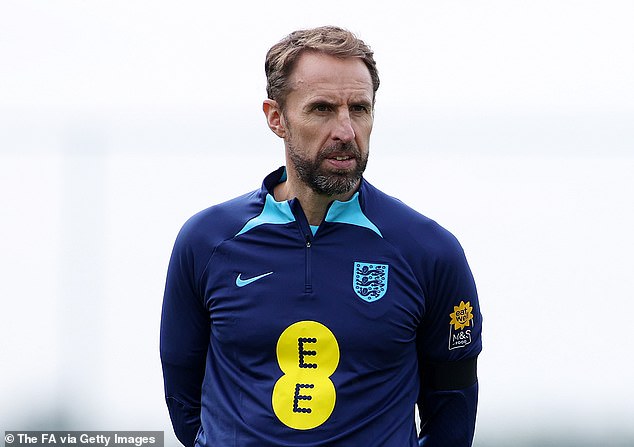 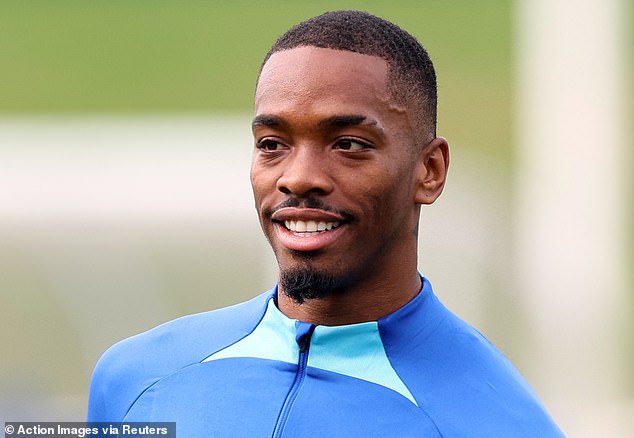 Ivan Toney has earned his first international call-up, and appeared in good spirits at training 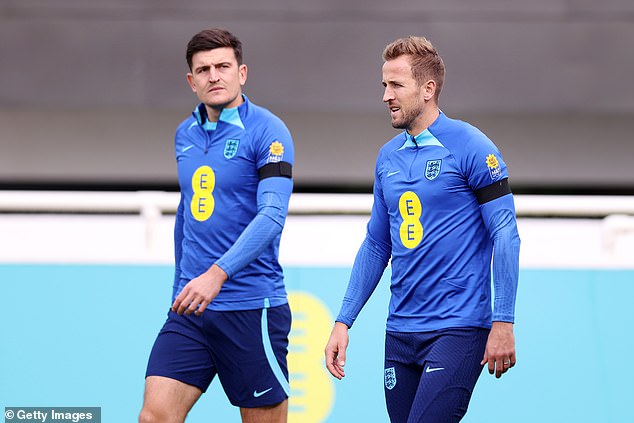 This included Brentford’s Ivan Toney who received his first England call-up last week, and will be hoping to catch the eye to book his ticket to the World Cup.

Manchester United duo Harry Maguire and Luke Shaw also trained, and may feel they have a point to prove after falling out of favour at Old Trafford this season.

Neither man has started any of United’s last four league fixtures, with Erik ten Hag preferring Raphael Varane and Tyrell Malacia instead.

Meanwhile, Kyle Walker has missed Manchester City’s last two Champions League games through injury, and he was only fit enough to make the bench on Saturday against Wolves, but he was able to train with his England team-mates at St George’s Park. 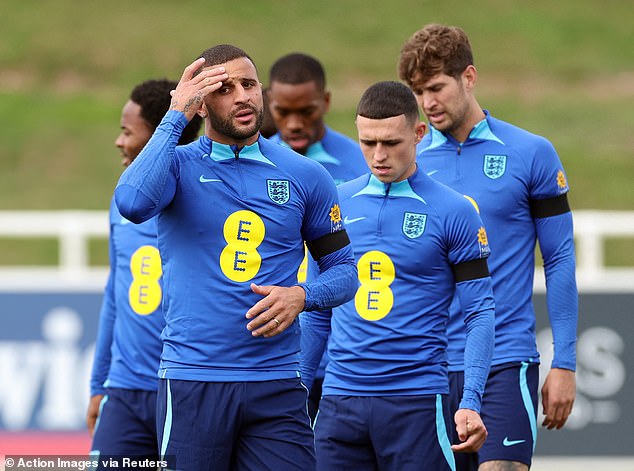