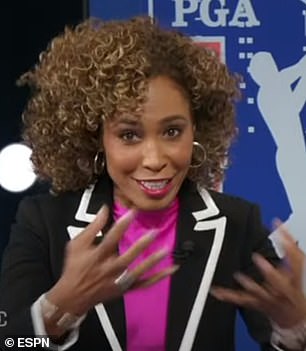 ESPN anchor Sage Steele ribs Jon Rahm for not making birdie after his errant tee shot hit her in the face, knocking out her teeth as the World No. 3 hails her as ‘tough as nails’

Jon Rahm hailed ESPN anchor Sage Steele as ‘tough as nails’ as the pair virtually met for the first time since the PGA Tour star hit her in the face with an errant shot.

The SportsCenter host was drilled in the face by Rahm’s tee shot on the third hole of the PGA Championship at Southern Hills last May, knocking out several of her teeth and leaving her bloodied on the side of the fairway.

Steele, 50, managed to find the funny side as she told the Spaniard it was an ‘honor’ to have been struck in the face by his ball. 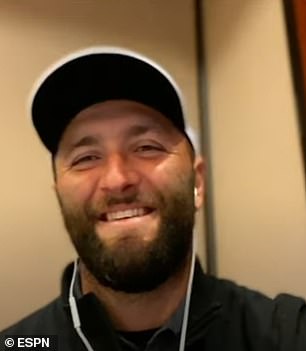 However, she did have some criticism for the World No. 3, who had been unaware he had hit her, as she ribbed him for failing to make birdie.

‘As I was hiding behind the tree, no teeth left in my mouth, I look up and I saw you,’ Steele said with a smile as she and the Spanish golfer ‘met’ for the first time.

‘And I’m like, the least he can do — because you didn’t know it hit me — the least you can do is birdie this hole, for me, and you failed me. I think you only parred.’ 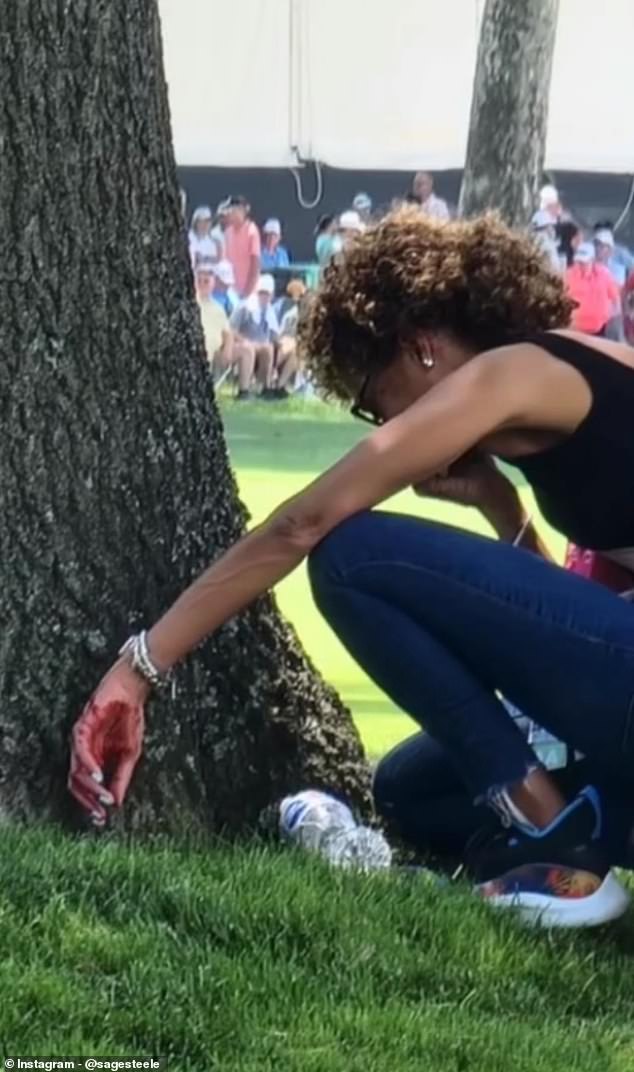 Rahm apologized for the incident, while expressing his shock at how good Steele, who underwent surgery to have eight new teeth fitted, looked.

‘Let me say, you are tough as nails,’ Rahm said. ‘Jesus Christ! I hit that one hard, too — that was coming in with some speed.

‘No, I don’t think I birdied it. I think had a chance to birdie it; Yeah, I definitely failed you. I did not take advantage of the whole week. I’m sorry, I really failed you in that sense.

‘I can’t believe how good you look after that, my God. I honestly was oblivious, I didn’t realize what happen until after the round — I can also say thank you for that. That definitely would have affected me for the rest of the round. 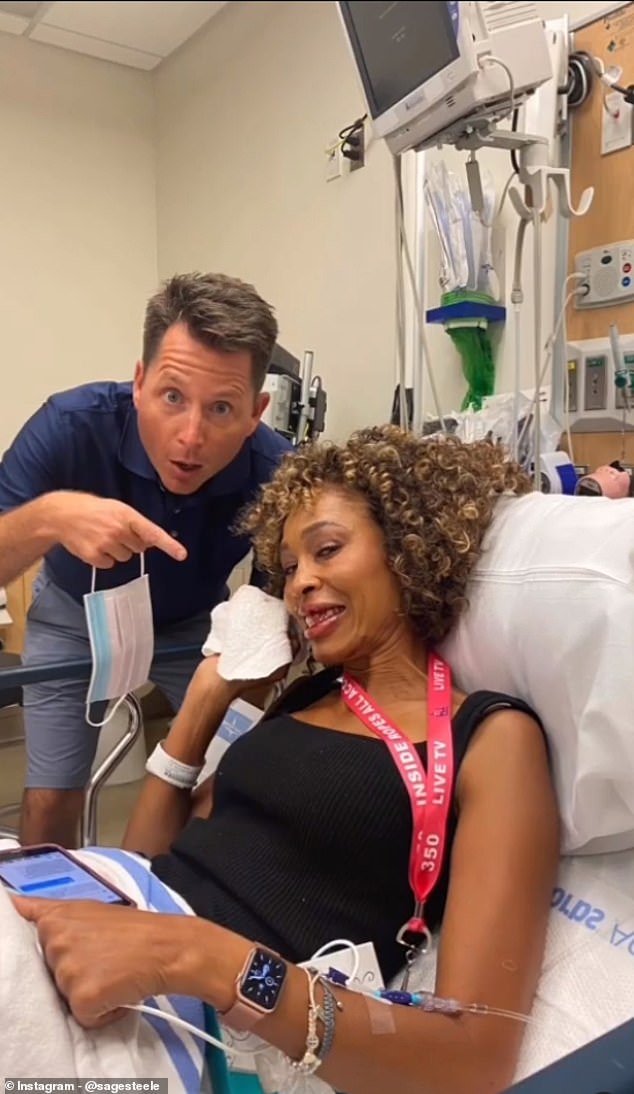 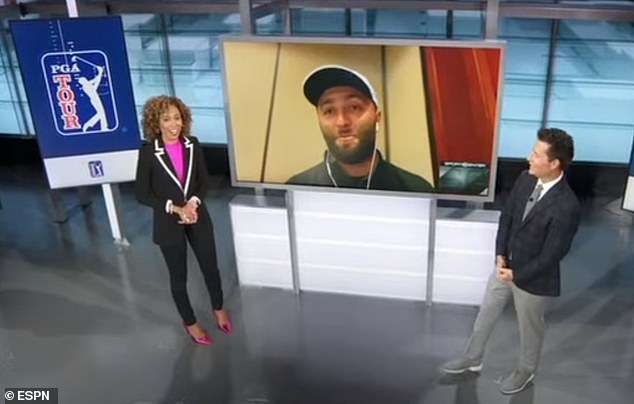 The World No. 3 apologized before claiming he couldn’t believe how good she looked

‘I didn’t hear anything, not one complaint, nothing. And when they told me what happened, I could not believe it. So, I’m sorry.’

Steele had been standing left of the third fairway when Rahm’s errant drive clobbered her in the face.

Rahm, who had shouted, ‘fore,’ went on to par the third oblivious to Steele’s injuries.

‘I will say this,’ Sage added, ‘I have eight beautiful new teeth. I got a great grill out of it, Jon, so I think this is a win.’