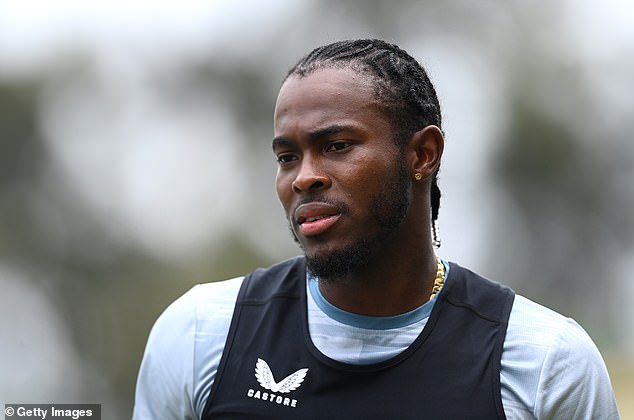 Jofra Archer suffered an untimely break in the Mangaung Oval nets on Wednesday, while preparing to end a near two-year absence from international cricket.

Thankfully on this occasion, the damage was to his bat and not his body, and he continued his practice after loaning a replacement from England team-mate Adil Rashid.

A catalogue of injury woes has kept Archer, 27, out of the top-level environment for 22 months but pleasingly he has shown glimpses of his special fast-bowling talent, producing speeds approaching 90 miles per hour once more at the SA20 in recent weeks and wants to use the upcoming one-day series versus South Africa, starting on Friday, as a catalyst for replicating his very best.

As he addressed the year ahead, he spoke confidently of matching his feats of his debut summer of 2019 when he helped England become world champions and terrorised Australia’s batting.

‘Hopefully it can be a repeat of 2019. We’ve got again a 50-over World Cup and an Ashes in the same year so more of the same, please,’ Archer said.

‘It’s just been good to play cricket and actually not have to worry about if my body’s going to give way. I think that was the most important tick for me so far.

‘There’s no reason to look back. I’ve done my time and I’m here now. That’s the most important thing. I’d probably say I’m about 80 per cent. I know whenever I’m fully fit, I don’t think there’s much that can stop me, it was just a matter of when that was going to be.’ 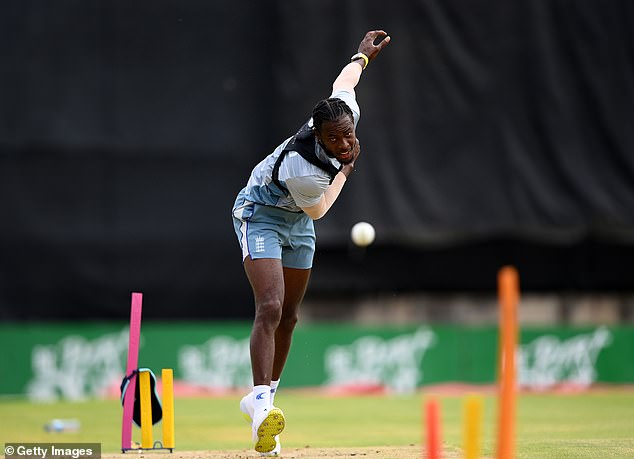 The Sussex fast bowler has been through almost constant rehab since his last international appearance – a T20 versus India in Ahmedabad in March 2021. First came an elbow injury that took two surgeries to fix; then, cruelly, on the eve of his comeback last summer, he was diagnosed with a stress fracture of the back.

Archer, who bowled the Super Over in England’s World Cup final win over New Zealand and claimed 22 Australian victims in four matches to launch his Test career four years ago, admitted the routine of looking after his six dogs in Barbados – ‘shovelling lots of poo’ – had helped pass the time, and that while being separated from his international colleagues ‘the hardest part of watching is not being able to help.’

Determined to be forward-facing now he is back in the fold, he continued: ‘It is an exciting prospect to think about playing with the guys again especially with the brand of cricket they are playing. 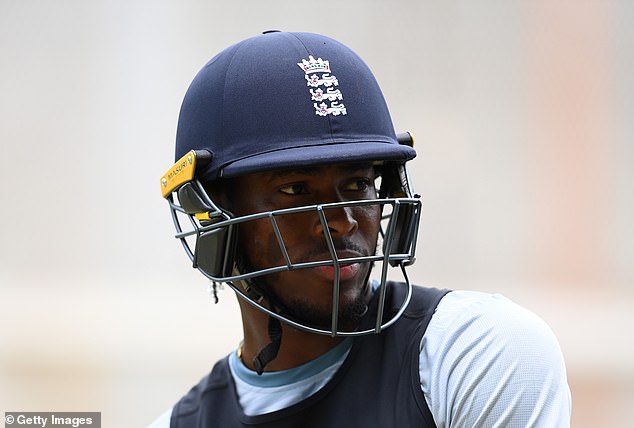 ‘But I think I need to spend the next two, three, four months fine-tuning the body and making myself a bit more resilient. Let me sort that out first, then I can look forward to holding the red ball in my hand again.’

The challenge for Archer and England’s medical team will be to get his workload right. After so long out, there are dangers at both ends of the scale: bowl too much and risk fatigue and injury, too little and the body will not be robust enough to withstand the physical demands placed upon it. 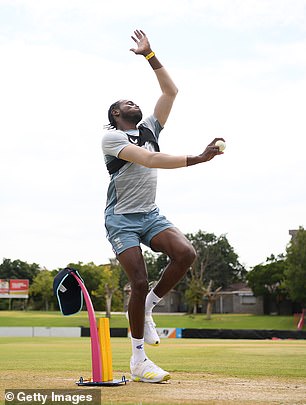 Over recent days, he has been seen happily mimicking Marcus Rashford’s clear-thinking celebration when taking wickets for MI Cape Town (eight across five outings) and he appears ready for the step-up in intensity from sending down 24 balls an innings.

However, England are likely to be smart with his comeback, making back-to-back matches off limits, and lowering expectations to the point where he might not be asked to send down a full allotment of 10 overs when he does play.

Greater volume will come further down the line and Archer has already turned thoughts to how he will ready himself for the demands of Test cricket in mid-June during a two-month stay at the Indian Premier League.

‘Obviously, I might have to do some extra bowling during the week in India, but that is absolutely fine because I want to play in the Ashes, so I’m going to have to do all the hard yards to tick those boxes.’

His return this week will boost an England team that need to win 3-0 to regain top spot in the ICC rankings, having been overtaken by India since arriving in the Free State.