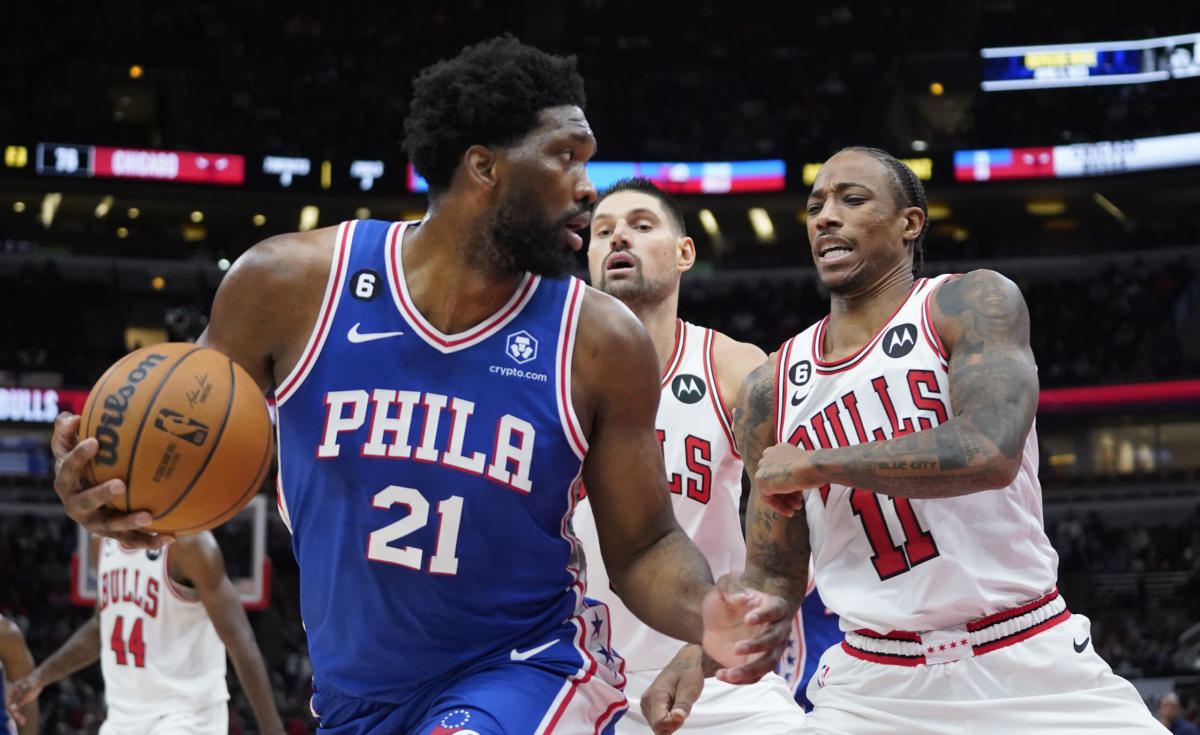 The Chicago Bulls lost a close one down the stretch against the Philadelphia 76ers on Saturday night, 114-109.

Following the game, Embiid posted a photo of his game-clinching shot on Instagram with the caption ‘Aaron Rodgers’

The Green Bay Packers quarterback is known to have a dominant career record against the Chicago Bears, winning 23 of his 28 matchups against the division rival.

For Embiid, he’s an astounding 12-0 when playing against the Bulls throughout his 7-year career.

Embiid is certainly a showman, and his post on social media could add a little extra motivation for the Bulls in their next matchup coming on Jan. 6.