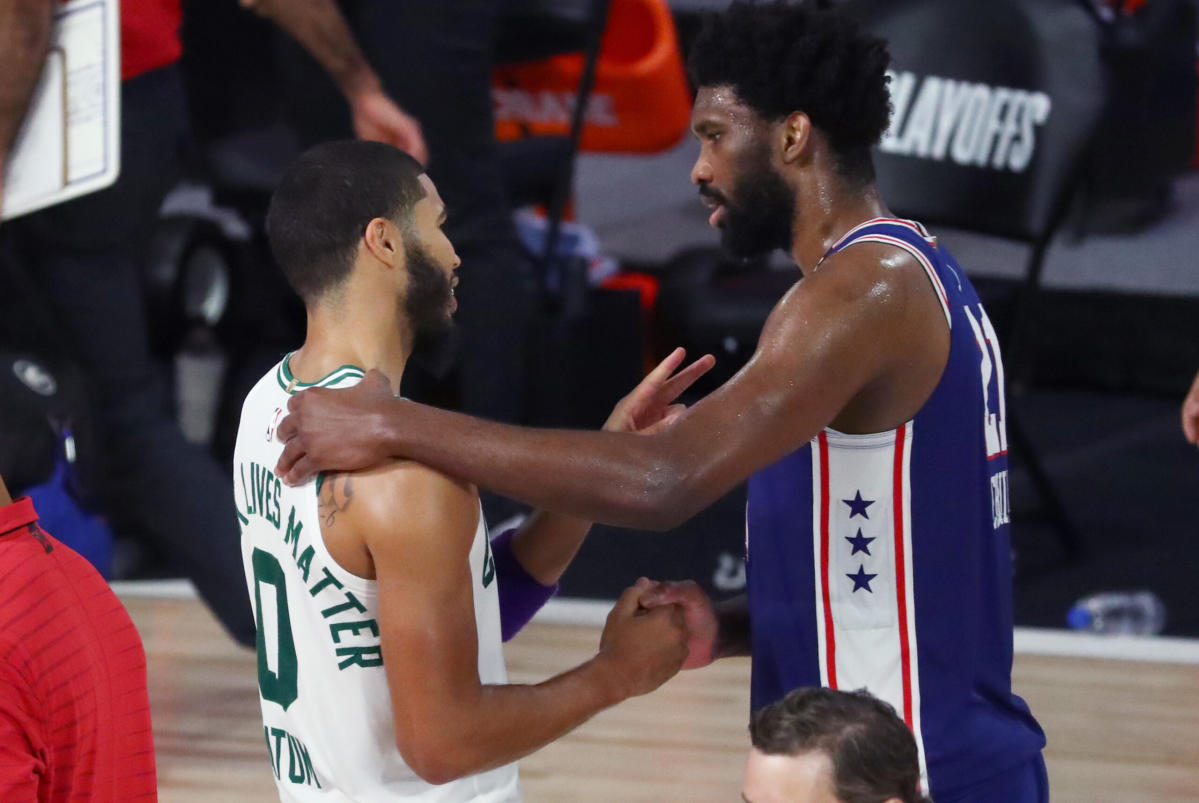 While the same can’t be said of all Boston Celtics, superstar Celtics forward Jayson Tatum and Philadelphia 76ers big man Joel Embiid are not only friends off the court but share a trainer in Pure Sweat’s Drew Hanlen.

But in the cartoon world that is the new Bleacher Report animated NBA-influenced series “Hero Ball,” the Sixers center and Boston forward are mortal enemies at the start of episode 1 of the cartoon in the vein of the “Game of Thrones” spoof “Game of Zones” Bleacher Report has done in the past, populated with the likenesses of popular NBA personalities.

You will have to watch this one for yourself to see what the series is about as the two Atlantic Division rivals battle to be the face of the league in cartoon fashion, but it is definitely worth a watch if you have yet to see it.