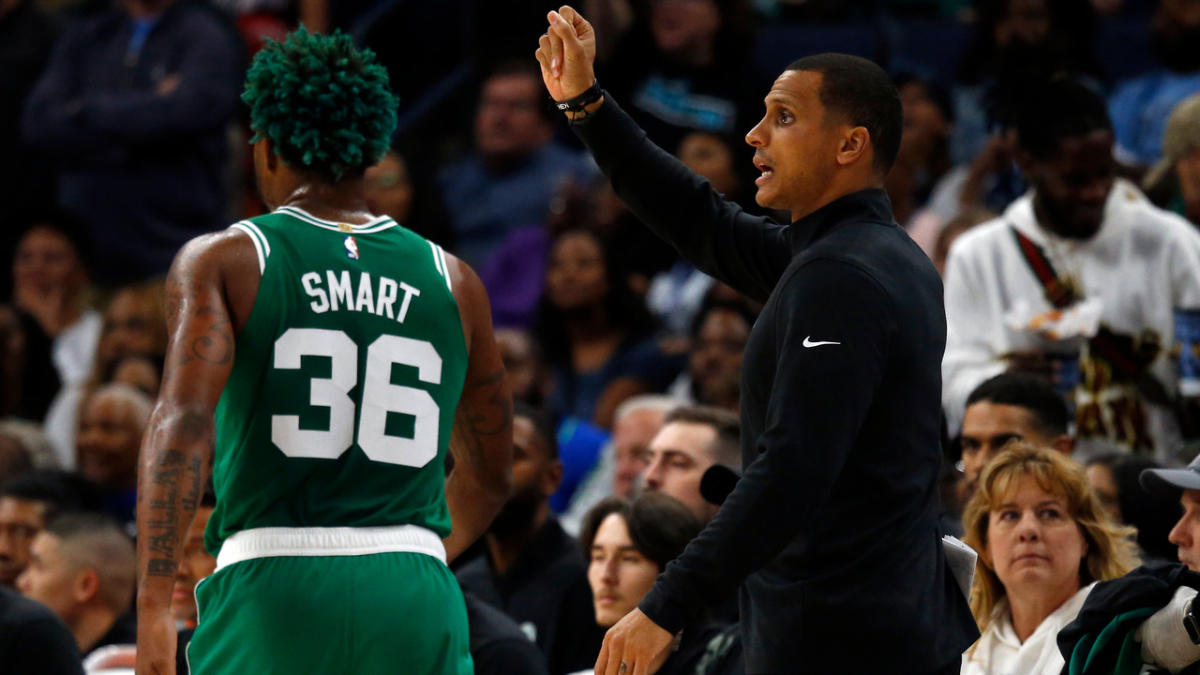 The Boston Celtics didn’t set any shooting records Monday against the Memphis Grizzlies. But head coach Joe Mazzulla was very pleased with what he saw from his team — especially on the defensive end.

In his postgame speech following Boston’s 109-106 win, Mazzulla praised the Celtics for their defense, which held Memphis to its fourth-lowest point total of the season.

“(We’re) 3-0 in our last three games because of our defensive execution and our offensive management and organization,” Mazzulla told his players in the locker room.

“Let that be a springboard for our defense. That defense was who we were and what helped us get there. That’s got to be our identity along with our offense. That’s a hell of a job. Our shifts, our intentionality and our attention to detail.”

The Celtics prided themselves on defense last season, leading the NBA in almost every defensive metric and relying on their lockdown D to power them to the 2022 NBA Finals.

That defensive intensity has been lacking at times in 2022-23, as Boston ranks outside the top 10 in points allowed per game (111.3) and has given up more than 115 points in six of its first 10 contests.

But Mazzulla’s speech proves defense is still very much a priority within the Celtics’ locker room, and the results showed Monday night, where the C’s racked up five steals and six blocks — three of which came against Grizzlies superstar Ja Morant — to earn a gritty road win.

Early-season defensive struggles were to be expected without starting center Robert Williams, but it appears the team is finding its rhythm on that end. The Celtics lead the NBA in offensive rating amid their 7-3 start, so if they can continue to improve defensively, they’ll be very hard to beat.