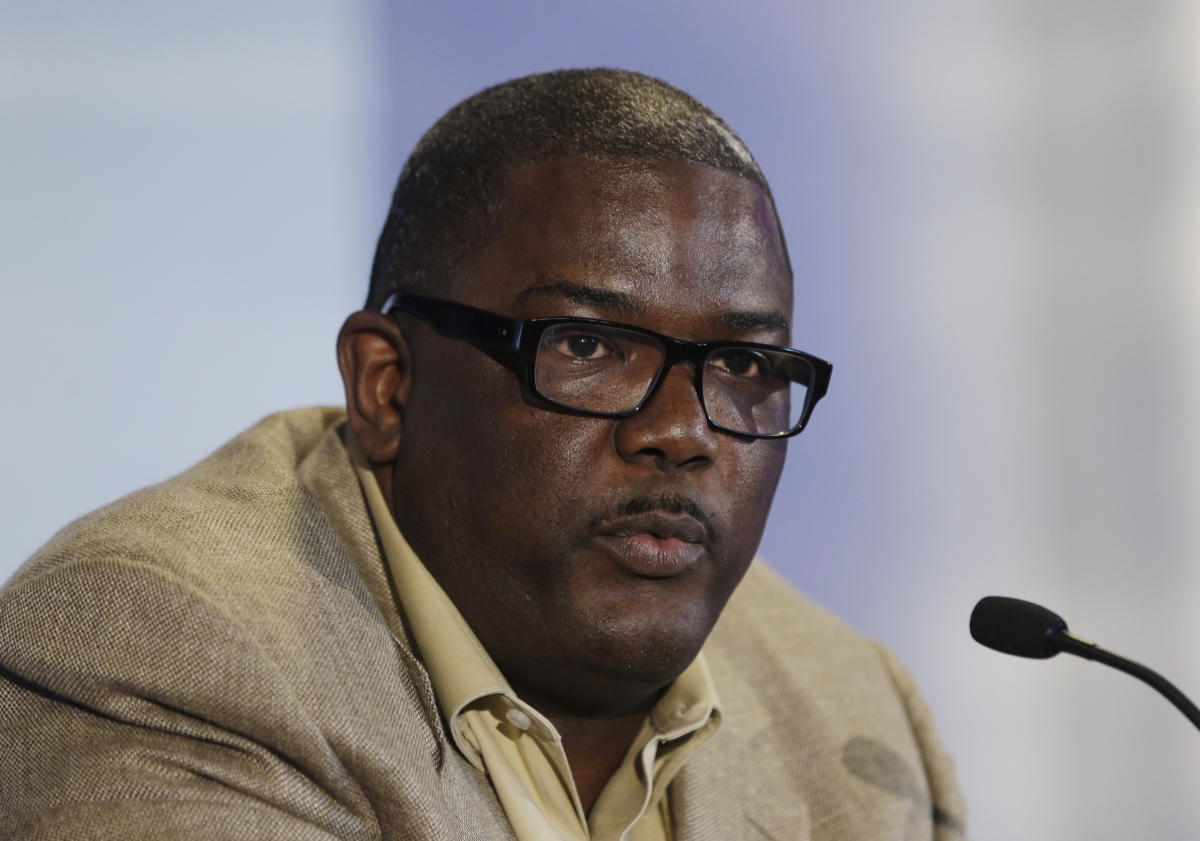 Joe Dumars might have been destined for this job.

He played with the Bad Boys, those Detroit Pistons teams that were physical, aggressive and intimidating. And even in those rough-and-tumble times, he wound up becoming the first recipient of the NBA’s sportsmanship award – now called the Joe Dumars Trophy.

He’s now tasked with ensuring that players don’t act like his old teammates often did. Dumars became Executive Vice President and Head of Basketball Operations for the NBA in May, making him a major decider in all things related to player discipline for on-court actions.

His first big decisions related to player discipline came earlier this week, when the NBA suspended Miami Heat teammates Caleb Martin and Nikola Jovic for their roles in a scuffle during a game against the Toronto Raptors.

”You want to you want to do something where you really feel like you’re contributing,” Dumars said. ”Basically, this is the only place I haven’t contributed to in this game.”

At 59, with two championships as a player, another as an executive and a lifetime within the game, he doesn’t have to be working. He could be spending his days playing and watching tennis, the sport he started playing as a 10-year-old and has loved ever since. Instead, he’s moved to New York, with office views from a high-rise not far from Rockefeller Center and Radio City Music Hall, smack in the middle of Manhattan.

When an altercation happens like the one Saturday in Miami, the players involved are asked to consent to an interview with league officials, video is reviewed, and Dumars and other top executives decide the best course of action.

It’s reasonable to think this call by Dumars and his team was easy: Martin drove Toronto’s Christian Koloko into some baseline seats – thankfully unoccupied at the time – and Jovic, even though he didn’t really appear to do much to add fuel to the fire, clearly left the bench area and therefore broke one of the NBA’s absolute no-no’s.

Martin missed Monday’s game against the Raptors and will lose roughly $45,000 in salary.

”I definitely don’t disagree with it,” a contrite Martin, who reached out to Koloko to apologize and promised him that he’d be picking up a future dinner check.

Jovic also had to sit out Monday, meaning the Heat rookie has now been suspended for more games (one) than he has played (zero).

What happened Saturday could have been much worse, since Martin, Koloko and about a dozen other people all wound up where fans were. Martin ended up next to a woman in the second row; her halftime acquisition of a large popcorn, somehow, was not spilled.

Not everything has been that easy for the league in recent weeks – Phoenix owner Robert Sarver will likely sell his NBA and WNBA franchises before his one-year suspension for boorish behavior ends, Boston coach Ime Udoka will miss this entire season because of an inappropriate workplace relationship, Golden State had to deal with Draymond Green punching teammate Jordan Poole in practice and video of that exchange leaking, and Detroit assistant general manager Rob Murphy was placed on leave following allegations of misconduct made by a female former team employee.

Sarver was suspended by NBA Commissioner Adam Silver. The other incidents have been handled at the team level. On-court matters, those rise to Dumars’ desk high above Manhattan.

”I’m super excited to work with him, and to learn from him, and to collaborate with him,” said Monty McCutchen, the NBA vice president overseeing referee operations. ”The best collaborations are collaborations that both people, both groups, both departments benefit from. And in this short time, Joe has really proven to be a collaborator and to be a builder of relationships. I’m excited about what that means for the future.”

Dumars knows what it’s like to be on the receiving end of the player-discipline side of stories. He might not have had the full ”Bad Boy” reputation earned by Pistons teammates like Bill Laimbeer, Dennis Rodman, Rick Mahorn, Isiah Thomas and John Salley. But he certainly wasn’t immune to scuffles; he was fined twice in December 1990 alone for dustups with twin brothers Harvey and Horace Grant, the second of those coming in a Christmas game. And as a Pistons executive, he was once fined $500,000 for leaking memos to a reporter.

He thinks having been on all sides of the NBA will only help him in this new gig.

”If I didn’t have the career I had, maybe my mentality would be different,” Dumars said. ”But when you’ve done stuff at the highest level in this in this business, that’s kind of where you want to live.”

Tim Reynolds is a national basketball writer for The Associated Press. Write to him at treynolds(at)ap.org