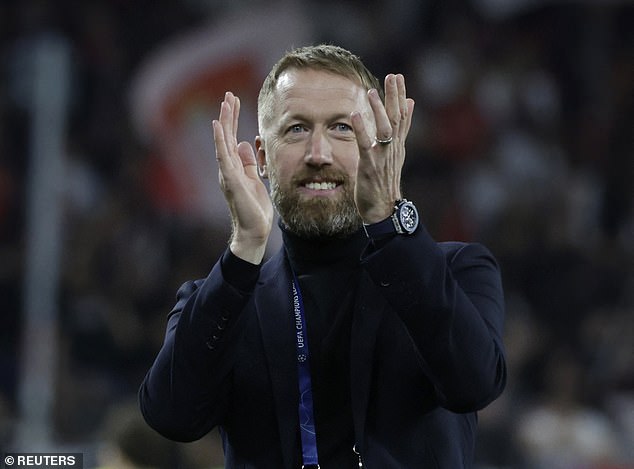 ‘He has ticked EVERY box so far. All the players are at it, his garden is rosy at the moment’: Joe Cole heaps praise on Graham Potter after Chelsea book Champions League last-16 spot… as Glenn Hoddle backs him to manage England one day

Joe Cole believes Graham Potter has ‘ticked every box’ since taking over as Chelsea manager in September.

The 47-year-old joined from Brighton in September after Thomas Tuchel was sacked, and is unbeaten in his first nine games, winning six and drawing three, including a 2-1 win against Red Bull Salzburg on Tuesday evening.

And BT Sport’s Cole heaped praise on Potter – with fellow pundit Glenn Hoddle tipping the manager to one day become head of the England national team. 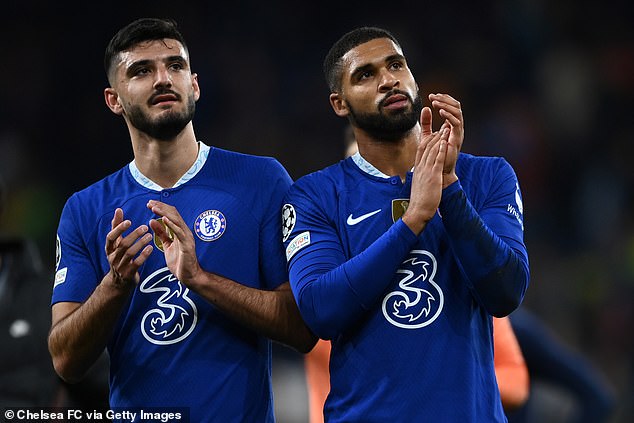 Cole said: ‘When you interview him he is very straight and doesn’t deviate from what he sees as his message. You can’t imagine him getting flustered, I never saw him flustered at Brighton. People were stupidly questioning him then.

‘Everyone in that squad will feel they have the opportunity to get back in the fold and become a big player at Chelsea. Everyone is motivated. That wanes after time and he will know that. After two or three months, Hakim Ziyech, I use him as an example, his motivation might start to slip and how do you deal with that?

‘I’m sure Graham Potter will address that when it comes. You are almost looking at things possibly down the line that could go wrong and how he will react. He has ticked every box so far, all the players are at it, and his garden is rosy at the moment.’ 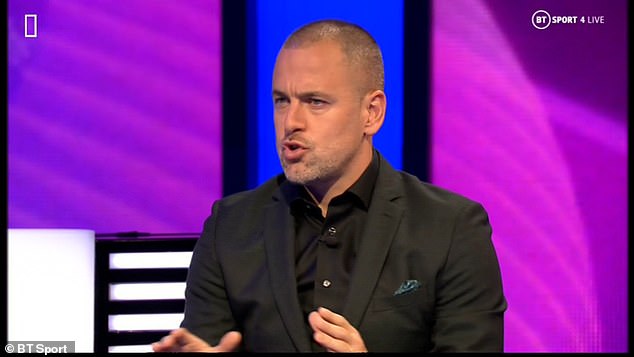 Former Chelsea midfielder Hoddle added: ‘He has got a talented squad and so much depth. There are class players waiting on the bench to come on so you always know you can change it tactically.

‘I think he needs more credit. Him or Eddie Howe will be England manager one day.’

The duo were speaking after Potter’s Blues side confirmed their passage into the Champions League knockout stages after beating Austrian side Salzburg away from home thanks to goals from Mateo Kovacic and Kai Havertz. 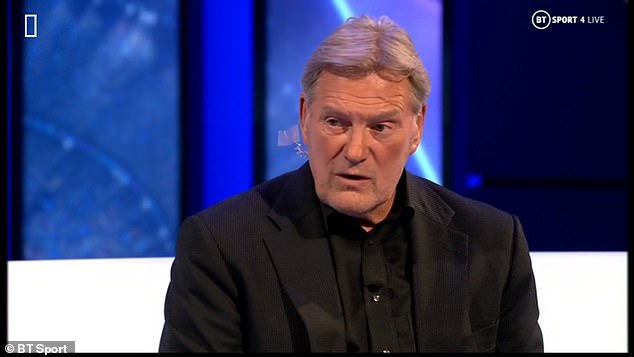 See also  Mason Mount OUT, Phil Foden IN... but what about Trent Alexander-Arnold and Jude Bellingham?

BT Sport pundit Eni Aluko, a former England women’s international, claimed Potter has dealt with every challenge that has come his way so far.

‘I think he has managed everything a manager can possibly do well. The test will be when things get difficult what Potter are we going to see then. That will be interesting.’