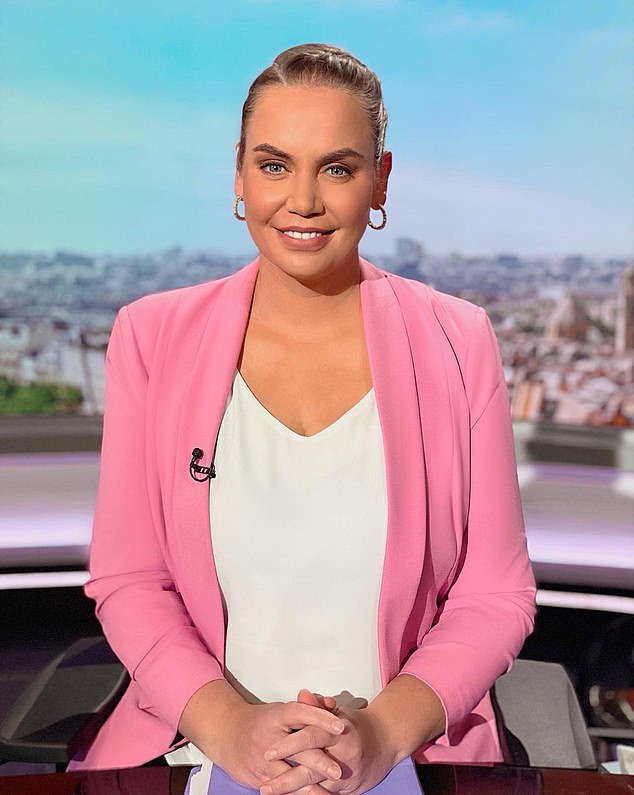 Aussie star Jelena Dokic reveals sickening video of tennis dad beating his daughter, 14, made her THROW UP after she allegedly endured years of abuse from her father – and says what happens behind closed doors is even worse

Former Australian tennis star Jelena Dokic has revealed that video footage from Serbia of a tennis dad assaulting his 14-year-old daughter on the court impacted her so badly that she vomited.

Dokic – who allegedly suffered physical and emotional abuse at the hands of her father Damir – shared her thoughts on Instagram on Tuesday, accompanied by stills from the brutal act that has horrified the tennis world. 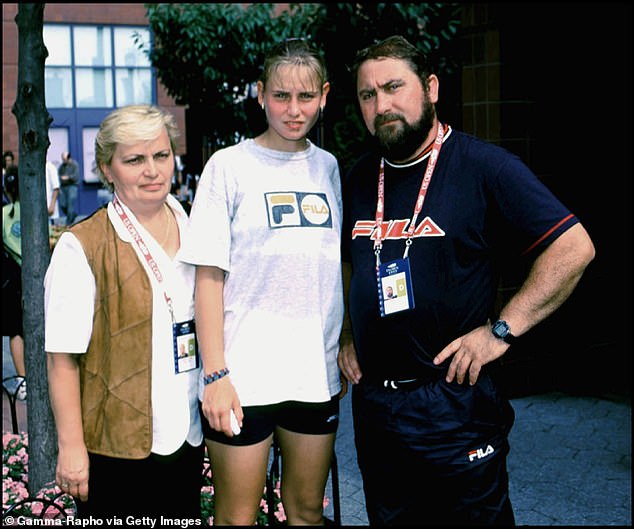 ‘I feel sick, I threw up and I am heartbroken after watching this,’ admitted the 39-year-old.

‘You think this is brutal? It is but it’s a normal day for a lot of us that have been or are abused especially as children.

‘Hitting, ear pulling, spitting in our faces, throwing us on the ground, punching and kicking us. Just another day for us and that includes this 14 year old girl.

‘Imagine what happens behind closed doors. It’s even worse. This is exactly why I spoke up about this and wrote about it.

‘I always said I am not the first or the last to go through this but my question now is have things changed in the way our sport and society deals with this? 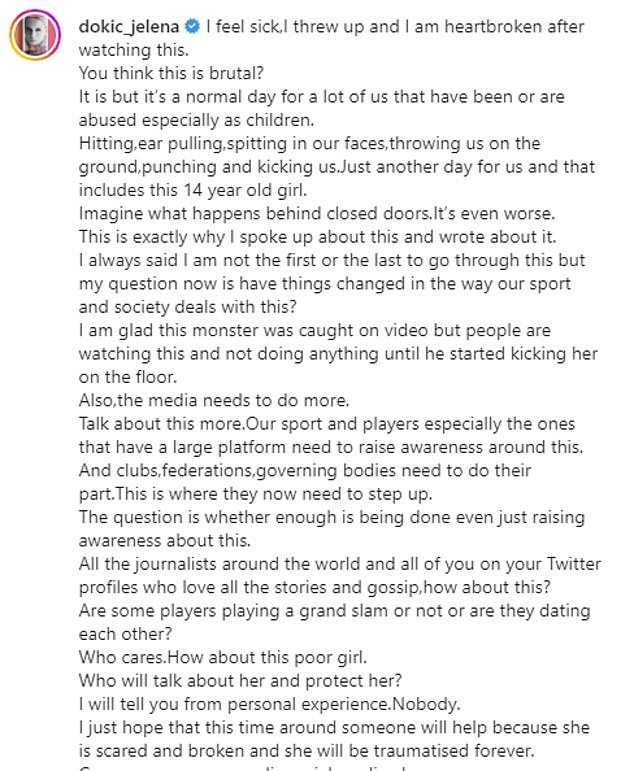 ‘I am glad this monster was caught on video but people are watching this and not doing anything until he started kicking her on the floor.’

The former world No.4 went on to say that the media needs to focus more upon stories like the sickening attack and less on the romantic lives of athletes.

The Ministry of Internal Affairs in Belgrade has confirmed overnight that officers from Palilula police station have arrested the man believed to be in the graphic video for alleged domestic violence.

Croatian actor Igor Juric, who posted the video to social media, told Channel Nine that he hopes the disturbing clip can help drive change in the sport. 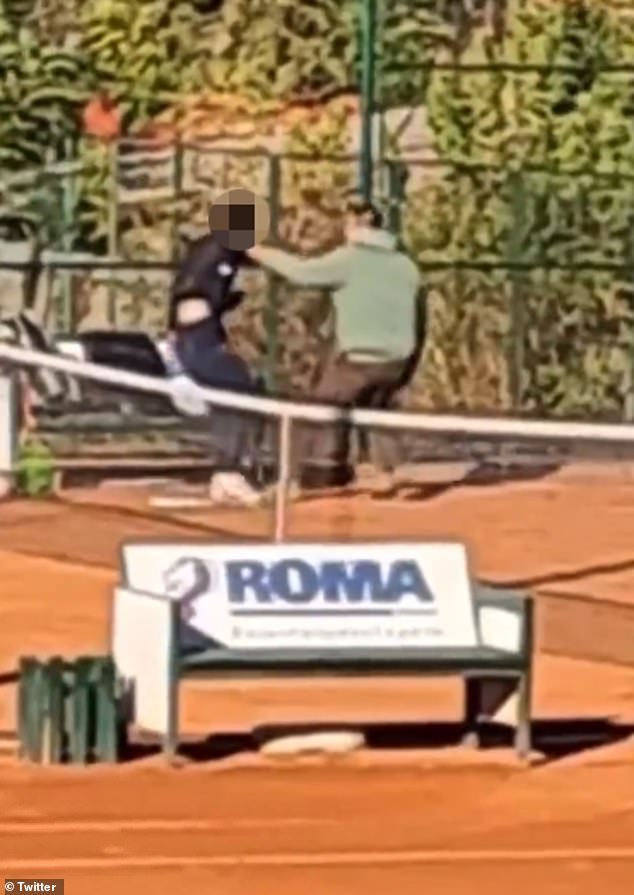 ‘It was important to me that institutions and citizens in Serbia understand how much this girl is suffering and that we have to do something serious to stop it,’ he said.

‘I hope this will trigger certain changes in our country and people will understand the scale of this problem.

‘In Serbia I call on everyone to be accountable for this. It’s not right to remain silent.’

The wider tennis world has reacted with shock to the abusive video, with players condemning the act. 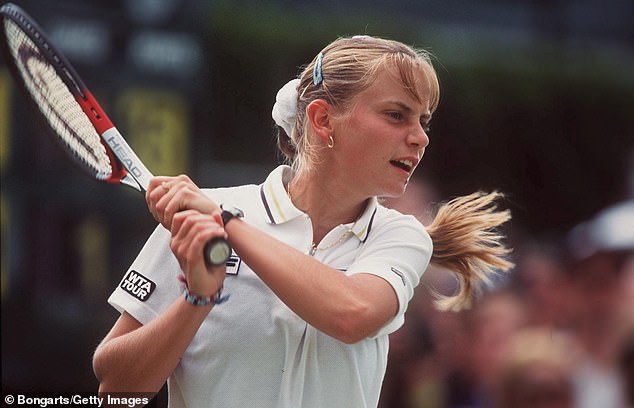 Dokic pictured playing at Wimbledon in 1999. After her playing career, the former world No. 4 reflected on her struggles with depression, anxiety and post-traumatic stress disorder related to alleged abuse from her father

‘OMG we all need to report, and press charges against this kind of horrible abuse,’ she tweeted.

‘Let’s ask for @DjokerNole to help behind the scenes. We all need to work together to stop abuse. Igor thanks for doing your part,’ she wrote.

Australian player Daria Saville posted: ‘This girl is going to be broken forever. If you think someone is getting physically or mentally abused please support them and encourage them to talk to someone who can help. Offer to help them find a local domestic violence agency or offer to go the police.’

Former Aussie star Rennae Stubbs posted: ‘Wow disgusting!!! Sadly this happens ALL THE TIME but we sadly don’t have it on film. Anyone who abuses their kids is just a POS.’