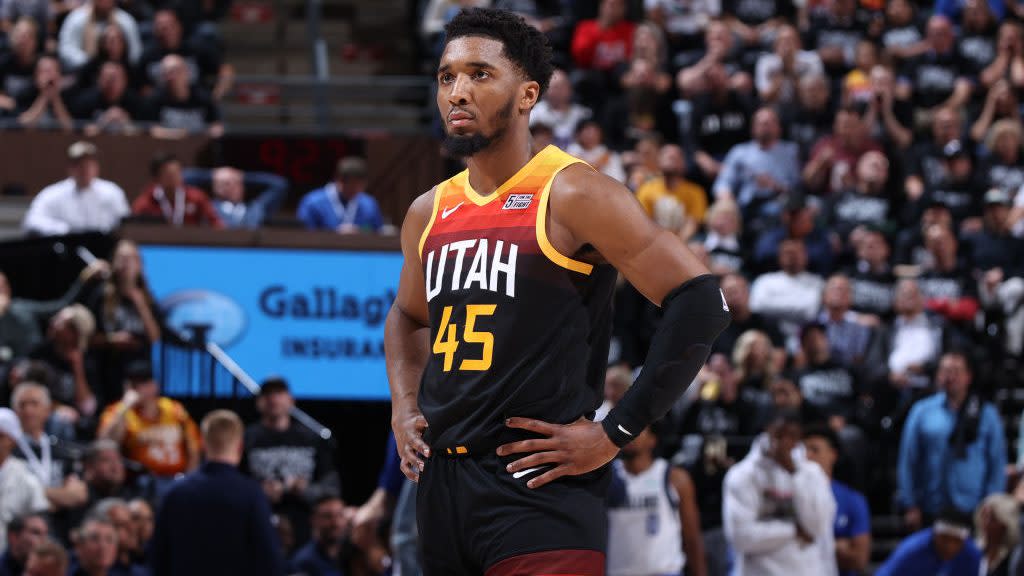 What the Rudy Gobert trade netted the Jazz was the foundation of a rebuild — four first-round picks plus young players in Walker Kessler and Jarred Vanderbilt. Sure, there were a couple of solid veterans coming back to Utah in Malik Beasley and Patrick Beverley, but this trade didn’t make the Jazz better today, it set them up for tomorrow.

Which has teams expecting a Donovan Mitchell trade to be the next domino.

The Jazz are shooting that idea down, insisting they will rebuild around Mitchell, ESPN’s Adrian Wojnarowski said on the network this weekend (hat tip Clutch Points).

The catch-22 for Utah: That’s exactly what you’d say publicly to gain leverage and drive up the price if they were going to trade him. Other teams look at the haul the Jazz got for Gobert, notice they hired a young rookie coach in Will Hardy, know CEO Danny Ainge’s history, and see the writing on the wall for a rebuild.

The one catch here is the 2023 All-Star Game is in Salt Lake City. League sources told NBC Sports they sensed Utah’s preference is to hold on to Mitchell this season, making him the host and local star of the All-Star Game, then revisit trading him next summer.

But if Ainge is pointing toward a rebuild, what is the point in waiting? The 2023 NBA Draft has potential franchise players Victor Wembanyama and Scoot Henderson at the top of the board — Wembanyama appears to be the kind of player that can set a franchise up for a decade. Rebuilding on the fly around a star is very difficult — ask Portland — and it may be better just to rip off the Band-Aid off.

Rumors are swirling about Mitchell destinations, even as the Jazz deny any Mitchell trade talks. The Miami Heat are said to be interested, it would be a place Mitchell would want to play, and Miami could package a deal based around Tyler Herro, Kyle Lowry (to match salaries), and a boatload of picks. The Knicks have long been considered the frontrunner to bring Mitchell home (he was born in New York), but Utah would insist on RJ Barrett, and would the Knicks go there if they had to? There are rumors of the Nets wanting to talk to the Jazz about acquiring Mitchell as part of a multi-team trade that sends Kevin Durant somewhere (he’s not coming to the Jazz).

That’s all speculation for now. Ainge got an unexpectedly massive haul for Gobert. What would Ainge do if some team comes in with another unexpectedly strong offer for Mitchell?

Right now, publicly, they are hanging up on those calls.

Check out more on the Jazz