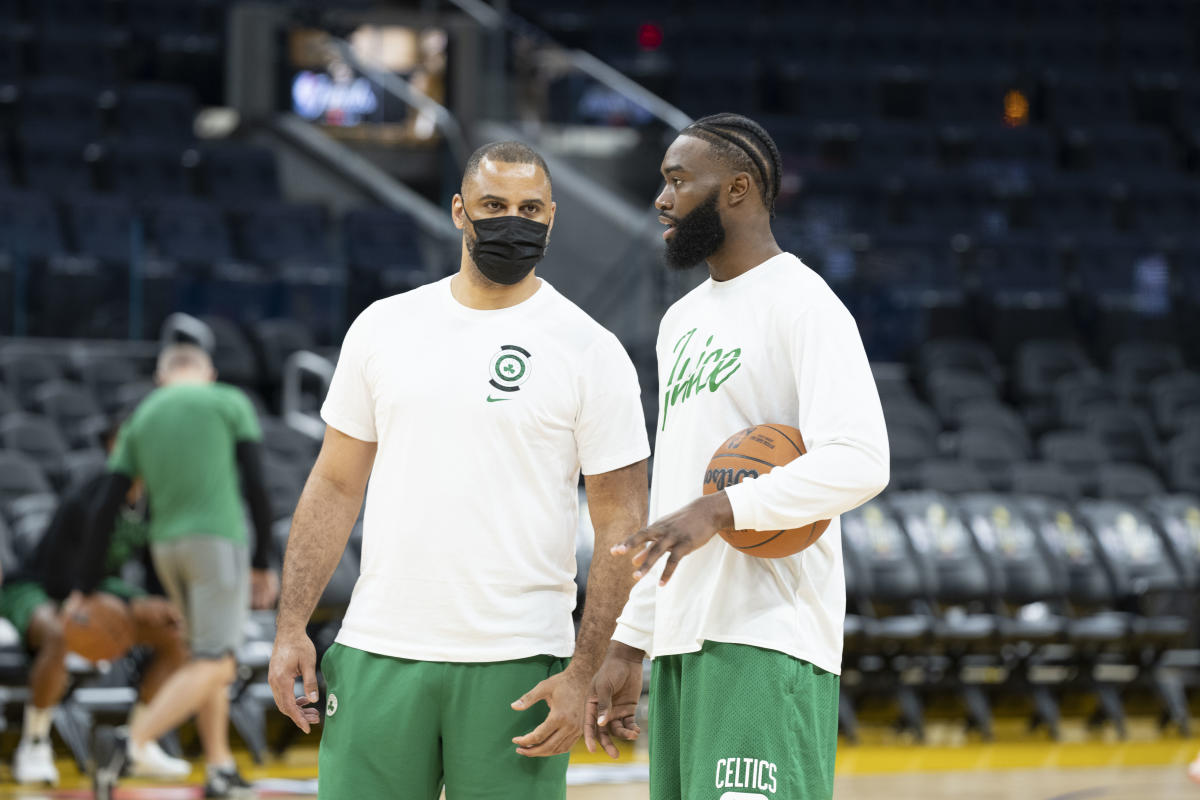 Boston Celtics star wing Jaylen Brown now finds himself among elite company, ranked within striking distance of the NBA’s handful of superstars with a No. 22 ranking in the annual ranking season of the September content desert crown jewel that is ESPN’s NBA Rank series.

With five teammates (Grant Williams, Malcolm Brogdon, Al Horford, Robert Williams III, and Marcus Smart) within the top 100 already released earlier in the week in the 100-26 batch, only one Celtic in the team’s starting unit remains outside the batch (25-11) Brown landed in. That of course is Jayson Tatum, who has evidently cracked the top 10 in ESPN’s estimation.

But before we get ahead of ourselves, let’s take a look at what got the Georgia native five slots higher than last season.

“Brown has yet to make an All-NBA team in his career,” writes ESPN’s Tim Bontemps.

“But if the Celtics can follow through on preseason expectations and finish the season with the best record in the East, Brown will all but certainly get the credit of both being in the All-NBA conversation and moving up these rankings.”

For a player who was the Celtics’ best for much of the 2022 NBA Finals, that is a very reasonable assessment.

“Can Brown improve as a playmaker and ball handler?” asks the ESPN analyst.

“That’s been something coach Ime Udoka has stressed both he and Jayson Tatum need to do since Udoka arrived last summer. But over the final three rounds of the playoffs, Brown averaged more than three turnovers per game against the Milwaukee Bucks, Heat, and Golden State Warriors.”

“For Boston to take that final step toward a championship, Brown needs to have to improve in those moments,” adds Bontemps.

We’ve seen some hints that the Cal-Berkeley product is doing exactly that in the offseason, his handle — while still a little loose — looking less so.

But it only matters if his handle is tighter and passes more capable in games that count — and we don’t have to wait too much longer to find out with the regular season kicking off next month.