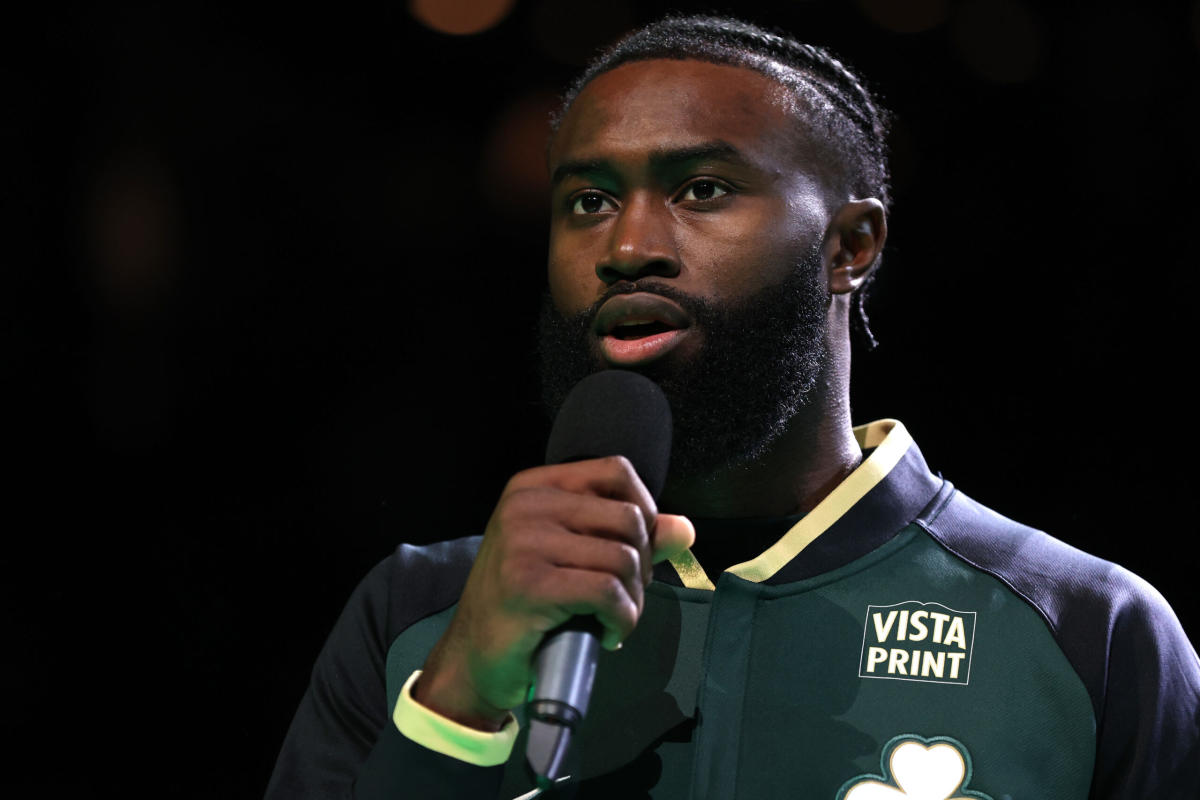 Star Boston Celtics shooting guard Jaylen Brown has been working to secure the Donda Academy basketball team opponents after the antisemitic diatribe of its founder, Ye West, has caused many organizations and individuals to distance themselves from the entertainer in recent weeks.

The Celtics star, who himself left Donda Sports talent representation as a result of West’s words, had lined up a tourney with The Skill Factory, a Georgia-based prep squad to be held at Morehouse College, an Atlanta-area HBCU, on Nov. 6. But now, per Neon Hum Media’s Wilko Martínez-Cachero, that event has been canceled per Cedric Mobley, Morehouse College spokesman.

Brown responded to news of the cancelation, confirmed by the College, by tweeting that it was an “unfortunate retraction” even while “the kids and family appreciate the consideration. Brown also noted he was “currently looking for another solution.”

See also  ‘I still wish I didn’t get it’

“The basketball tournament scheduled for Nov. 6th at Forbes Arena, featuring the Donda Doves and The Skill Factory, has been canceled,” began the statement of Morehouse spokesperson Cedric Mobley retweeted by the school that the Boston star referenced.

“We welcome the students and families to visit the campus and encourage them to learn more about how Morehouse singularly prepares men of color for lives of leadership and service by empowering young men who are trustworthy and hold themselves and each other accountable to act with compassion, honesty, and integrity as they build a community with civility.”

“Throughout its history, Morehouse College, perhaps more than any other institution, has stood for social discourse which advances equity and healing, particularly in areas involving race, culture, and socio-economic disparities,” it continued.

“We therefore cannot condone, in perception or implication, the recent divisive and unproductive statements by Ye formerly known as Kanye West,” it closed.

Part of the impetus to cancel the event may be due to Ye West claiming on his Instagram account that “(s)ome establishments still stood up,” perhaps trying to frame the event as a repudiation of the backlash against his comments.

At the time of writing, Brown had not yet found a new location for the tournament.