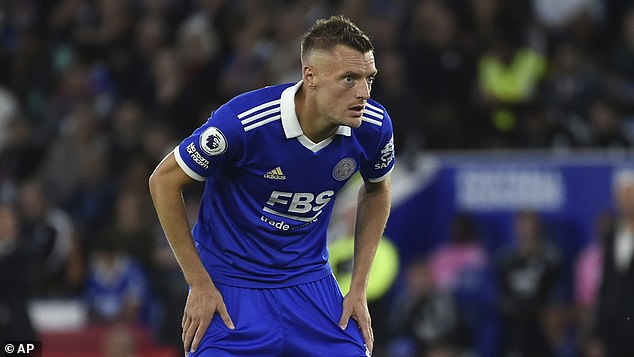 Jamie Vardy is pushing for a recall to the Leicester team for Monday’s huge derby against Nottingham Forest.

Leicester’s all-time top scorer of the Premier League era has yet to find the net this term and started each of the last two games on the bench, with Patson Daka and Kelechi Iheanacho preferred.

Yet with the Foxes at home in such a decisive game, Vardy is a strong contender to return to the starting XI – especially against a Forest defence that is nearly as porous as Leicester’s. 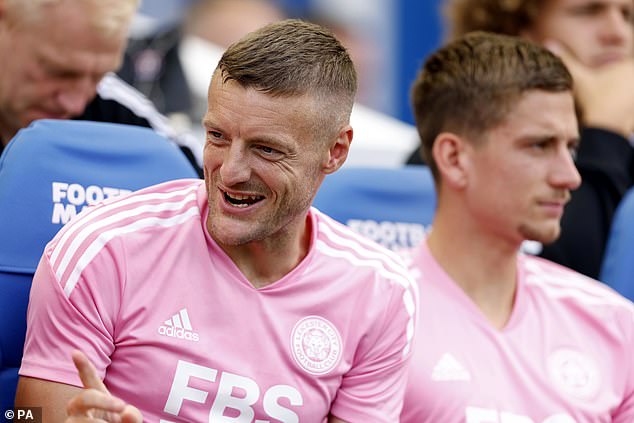 Vardy, who is yet to score so far this season, has been used as a substitute in recent games

Steve Cooper’s men have let in 17 in the league this term and Brendan Rodgers’ side 22 – leaving both managers under pressure. Bottom-of-the-table Leicester have taken just a single point from their opening seven fixtures, with Forest just one place and three points better off.

Rodgers was under significant pressure after consecutive 5-2 and 6-2 defeats to Brighton and Tottenham respectively, yet now seems certain to be in the dugout on Monday.

Cooper, meanwhile, is also facing an uncertain future and has still to agree terms on the new deal originally proposed in the summer.

Forest have suffered damaging home defeats by Fulham and Bournemouth, who were promoted alongside them last season – despite taking the lead in both games. 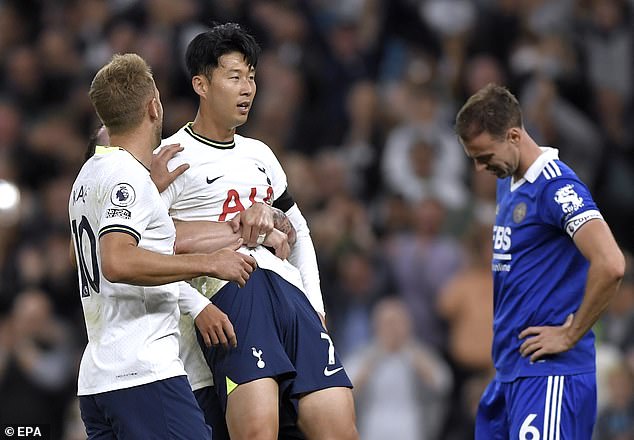 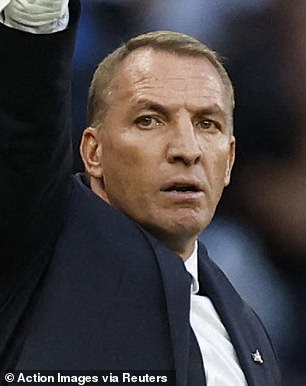 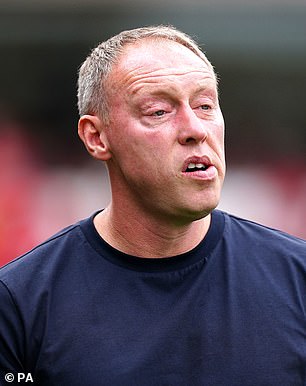 Pressure is mounting on both managers; Brendan Rodgers (left) and Steve Cooper (right)