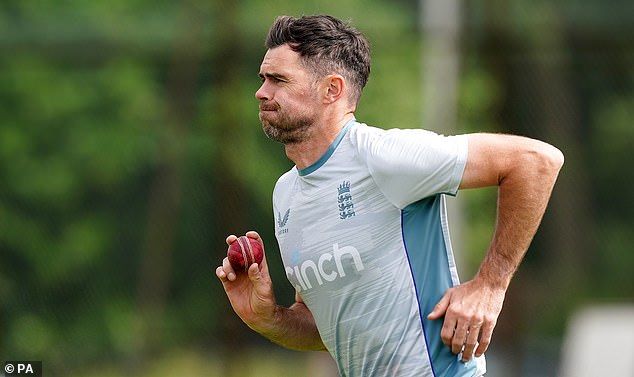 James Anderson will return to England’s Test team on Friday in place of Jamie Overton.

Anderson, who turns 40 at the end of July, was left out of the thrilling Headingley win over New Zealand last week as a precautionary measure after some strapping above his ankle caused irritation.

But he is included alongside long-term new ball partner Stuart Broad for the replayed fifth Test against India at Edgbaston.

Ben Stokes, the England captain, also confirmed that Ben Foakes remains sidelined following a positive Covid Test in Leeds that saw Sam Billings parachuted in for the latter half of the seven-wicket victory. Billings wins his third cap as a result.

Stokes said Foakes hadn’t ‘really recovered from last week and doesn’t feel like he could give the best account of himself. We took the decision out of his hands and said ‘get yourself better’.’

Overton proved an influential figure in helping England whitewash the Kiwis last week – striking a debut 97 and taking one wicket in both innings. 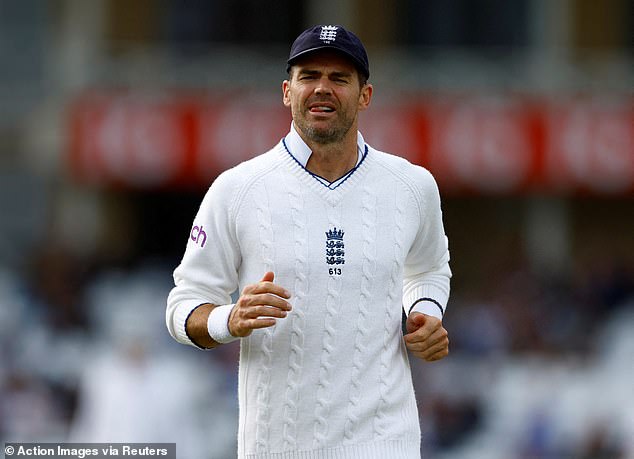 Legendary seamer Anderson, who turns 40 at the end of July, was left out of the thrilling Headingley win over New Zealand last week after strapping above his ankle caused irritation

However, England want their primary firepower with the ball back in tandem as they attempt to square a series that was left unfinished last September.

India pulled out of the original contest in Manchester, citing Covid concerns, having opened up a 2-1 lead with just one to play.

The selection decisions leave the prospect of an elongated tail, with Stuart Broad coming in at number eight.

England were 55 for six when Overton joined Jonny Bairstow in a double century stand that altered the momentum in Leeds and allowed Broad licence to crash 42 runs off his own at better than a run a ball. 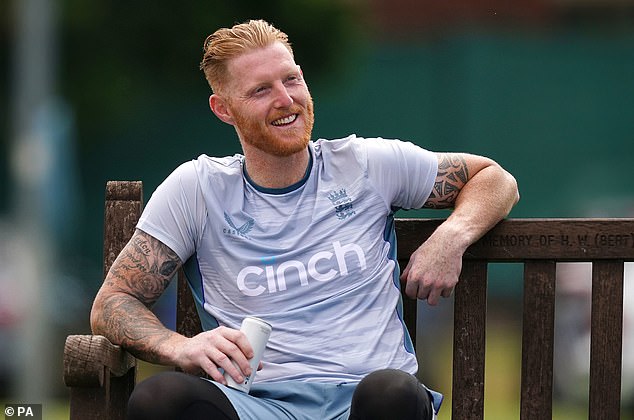 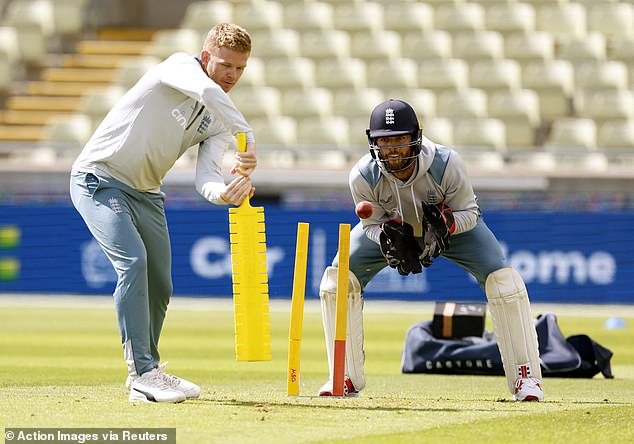 The 36-year-old has also been an ever present across Test matches this summer, but Stokes shrugged off any fears of fatigue for a player who is one wicket shy of becoming only the sixth bowler in history to reach the 550-mark.

Similarly for Matthew Potts, whose performance in Nottingham was arguably the best of his three to date.

‘Jamie got his opportunity to show what (he could) do on a cricket field. He gave the best account possible of himself,’ Stokes said. ‘And, he’s obviously someone that we see has a bright and long future.

‘So while it obviously must be very disappointing for him, he can walk away knowing that he’s done everything that he possibly could have done last week to really put his name forward to have a good career for England.’