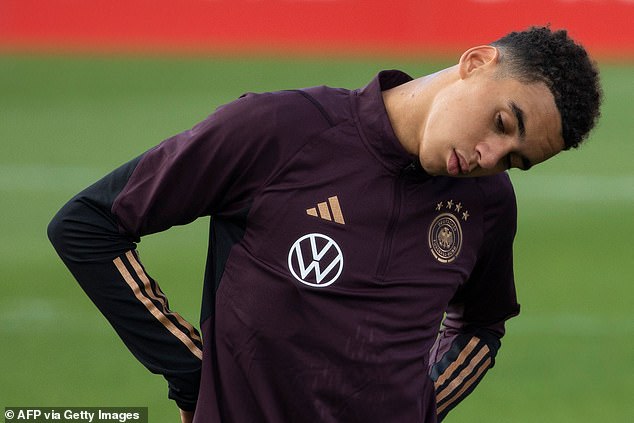 WATCH: Jamal Musiala is forced out of Germany training after being caught by teammate Thomas Muller’s sliding tackle… but the wonderkid is not thought to be at risk of missing Nations League matches

Jamal Musiala has been forced to cut a training session short with Germany after his leg was injured by Thomas Muller’s sliding tackle.

It comes as the Bayern Munich wonderkid and the rest of the national squad prepared for their Nations League clashes with Hungary and England.

Muller made the rash tackle on 19-year-old Musiala during the country’s training session on Tuesday, and it left him hobbling before medical staff came to assess the cut on his shin. 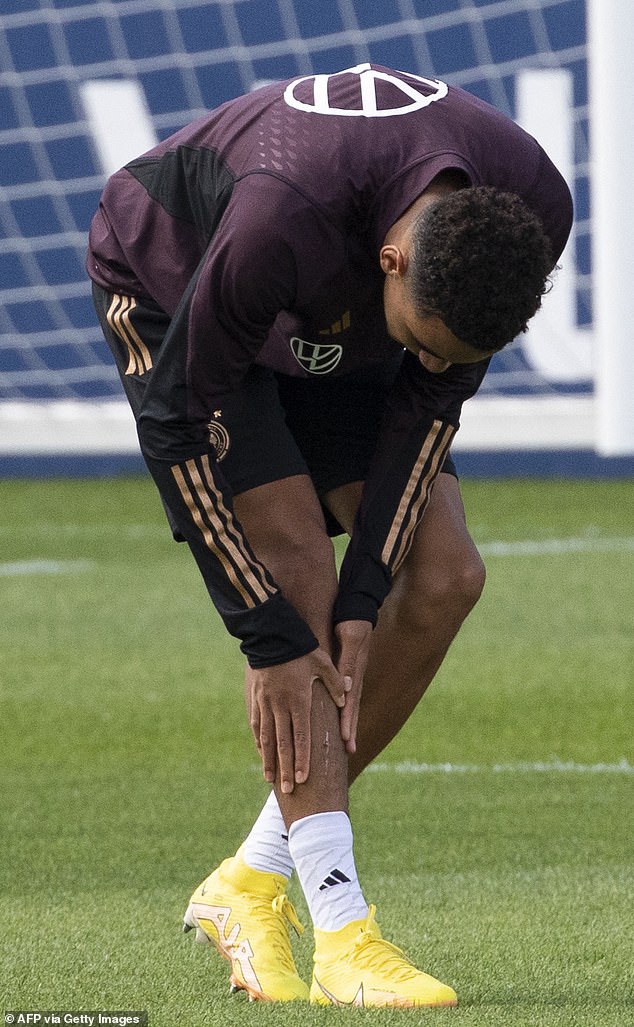 Experienced Bayern teammate Muller quickly apologised, and was one of the first to call over for assistance after the accidental collision.

Reports suggest that the issue is not serious, despite Musiala appearing to have a long cut visible along his leg.

German sports reporter Kerry Hau tweeted: ‘Musiala has to stop the first training session with the DFB team in Frankfurt after a duel with Bayern colleague Müller.

‘First diagnosis: just a small cut on the shin, nothing muscular.’ 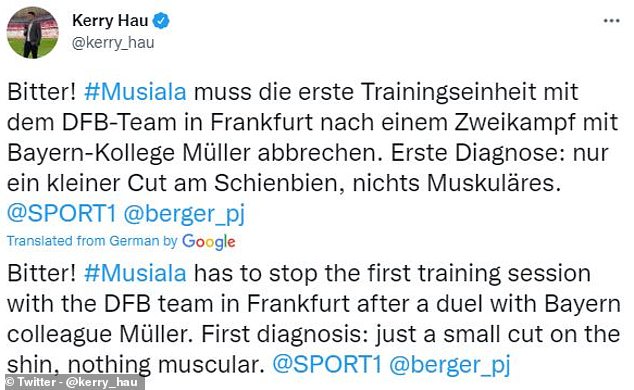 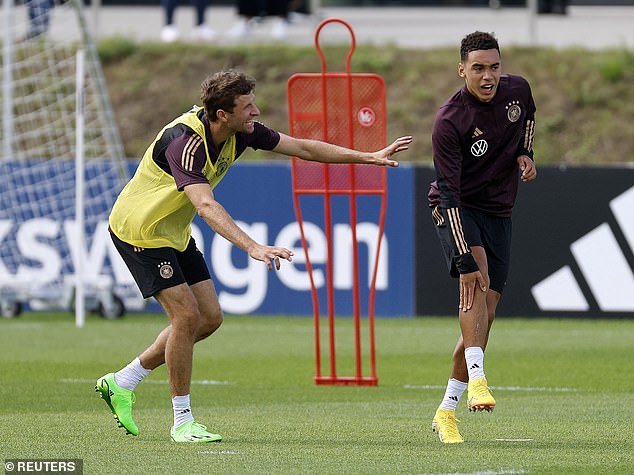 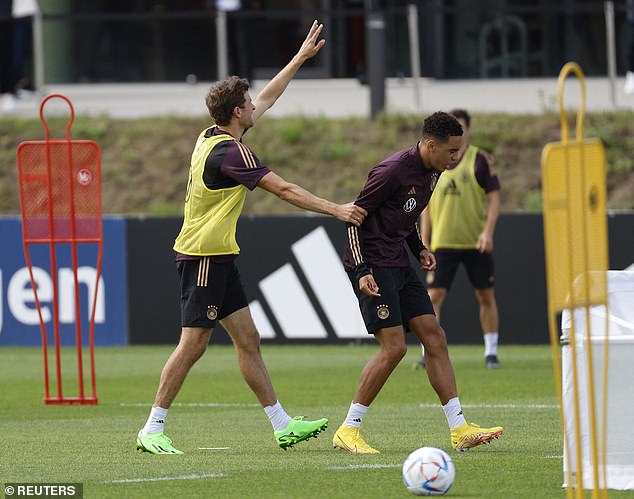 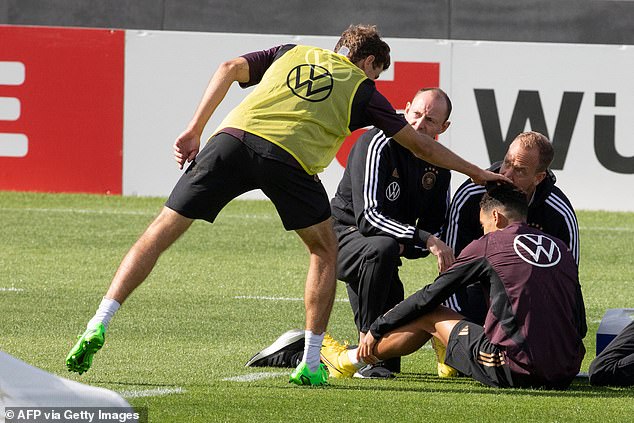 Musiala represented England at youth level, but eventually opted to play senior football for Germany, the country of his birth, and the homeland of his mother.

The two sides meet on Monday, following a 1-1 draw between the sides back in June, when the midfielder was one of the best players on display.

The teenager has been one of Bayern’s brightest sparks at the beginning of this Bundesliga season, despite the club drawing three and losing one of their opening seven fixtures this term.

Musiala has scored four goals and made one assist across six appearances so far for the German giants. 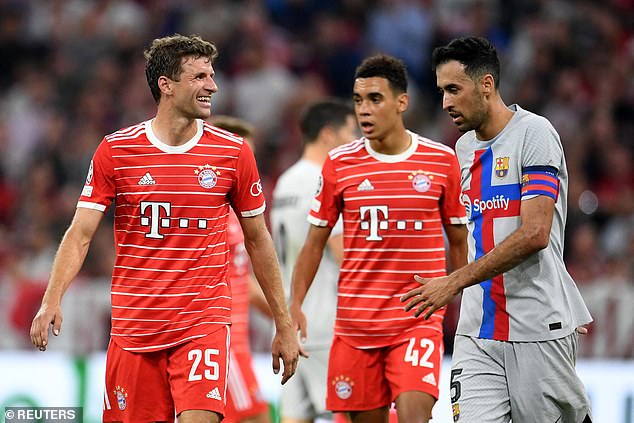 Muller and Masiala are Bayern teammates, with the teen particularly shining in a tough season