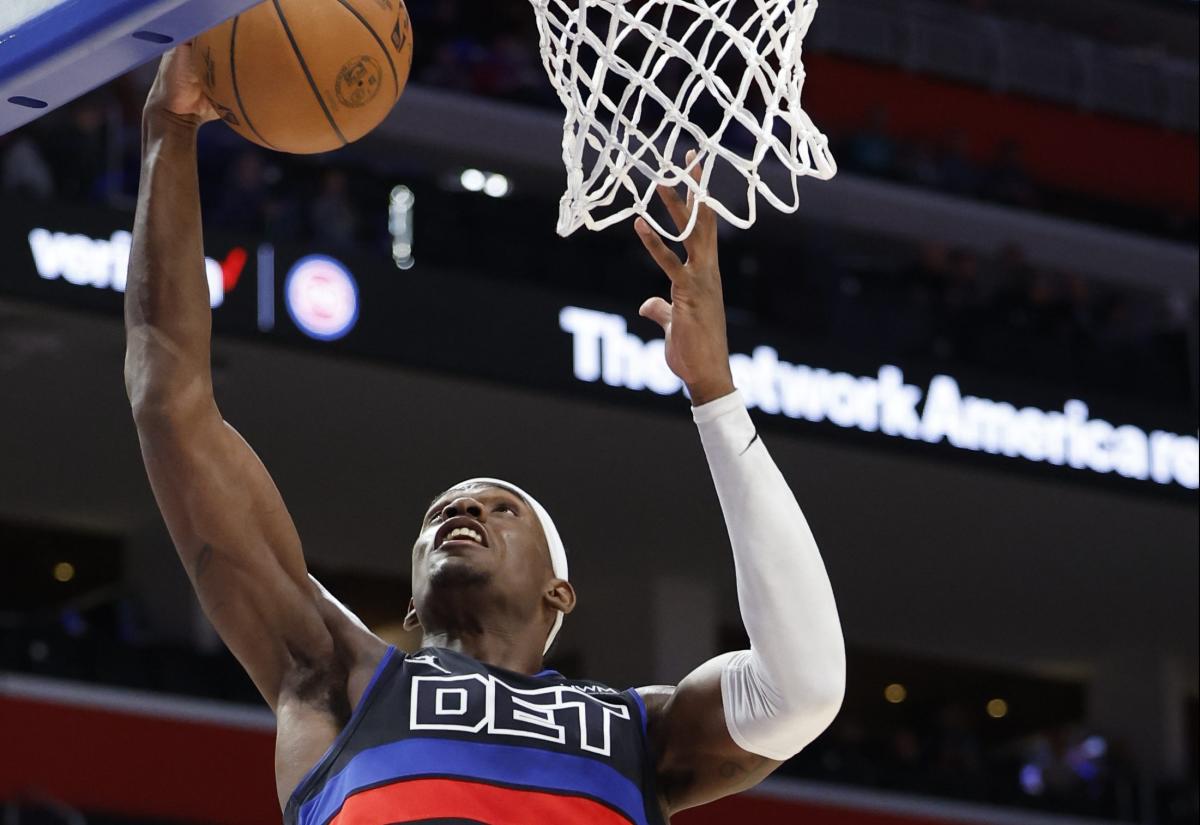 Jalen Duren may only play around 21 minutes a night, but the 13th pick makes the most of that time on the court and is quickly emerging as a productive player for the Detroit Pistons.

That level of production was once again on display on Wednesday, as Duren recorded seven points, nine rebounds and one blocked shot in a 118-113 loss at home to the Atlanta Hawks. He went 3-of-4 from the field in 21 minutes of action.

Duren established himself in college as a tremendous rebounder and rim-protector with his seemingly endless energy and effort. Those traits have been invaluable to the team in the early going, according to Cade Cunningham.

He is special. He brings a ton to us, his size and his want to rebound. He rebounds so far out of his area and that is something that we really appreciate and need him doing. To be so young and to know so much about the game — he has a super high IQ.

You only have to tell him something once and he picks it up. He adds a lot to us defensively, for sure. He is so athletic and a better lob threat than anybody. He is the ultimate lob threat you have in the league. Having that is special, for sure.

The Pistons, led by general manager Troy Weaver, have constructed one of the top up-and-coming rosters in the NBA. With Cunningham now in his second year, the team also has Duren, Jaden Ivey, Saddiq Bey and Isaiah Stewart in the mix.

The group has been competitive over its first five games, but it has only resulted in one win. They are still in the process of developing and are showing signs of progress on a nightly basis. Each player brings something different, which has been valuable to this point.

Detroit is emerging as an exciting team to watch with its young players, and Duren is certainly among them. It will be worth monitoring how the group develops this season and it is very well possible they will be on the rise in the East.

Behind a young core, JJ Redick sees big things ahead for the Pistons