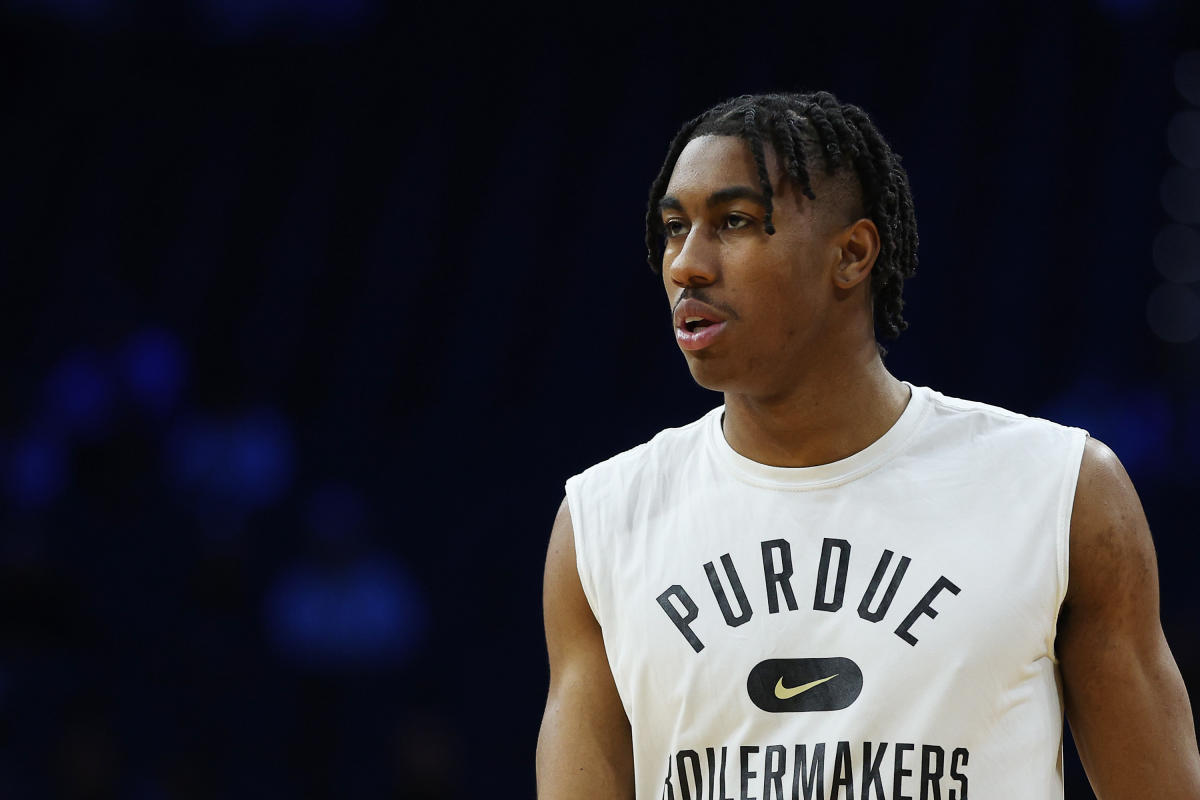 NEW YORK — Jaden Ivey entered NBA draft week as the top guard in this class and the consensus No. 4 pick in the draft. Sitting at No. 4 is the Sacramento Kings, a team Ivey has had zero contact with throughout the pre-draft process.

“It’s just the way my agents set everything out, the way they planned it,” Ivey told Yahoo Sports. “I didn’t really speak with the Kings, it just happened to go that way.”

So far, there are little trade talks with the fourth pick. The New York Knicks are thought to be interested in making a move but don’t really have a lot to offer or offload for the pick.

The only teams Ivey traveled to and worked out for were the Orlando Magic (No. 1 pick) and the Detroit Pistons (No. 5 pick). The Oklahoma City Thunder (No. 2 and No. 12 picks) did travel to Los Angeles a few weeks ago to see Ivey work out, but he never visited the facilities.

“With every workout I did, I feel like I really competed and showcased what I’m able to do,” Ivey told Yahoo Sports. “I’ve improved my midrange jump shot during the spring, and that’s something I’m continuing to work on so I know I showed improvement in my game.”

On paper, it doesn’t make sense for the Kings to take Ivey, unless it’s to entertain trades. They have a somewhat established backcourt with De’Aaron Fox and Davion Mitchell and already traded Tyrese Haliburton to the Indiana Pacers after selecting him in the lottery two short years ago. But a team doesn’t want to be the one to possibly pass on Ja Morant 2.0, so there’s a lot of gray area.

The Kings are the ones drafting and investing in a player and could still pick Ivey regardless, even if he had no communication with the franchise throughout the process.

Still, it leaves him in a little bit of a limbo heading into Thursday night with uncertainty of where he’ll land.

“It’s been a roller coaster of emotions and kind of stressful,” Ivey told Yahoo Sports. “But I’m enjoying this process and just thankful to be here, and I can’t wait to see where I land.”

In recent years, the draft has shown that versatile, skilled guards produce at a higher level than forwards and centers taken with the top picks. Zion Williamson was selected over Morant in 2019, while Deandre Ayton and Marvin Bagley III were picked before Luka Doncic and Trae Young in 2018. Morant, Doncic and Young are arguably the best young players in the league.

All three teams at the top (Magic, Thunder and Houston Rockets) have needs in the frontcourt, but it wouldn’t be the craziest thing in the world to take Ivey with one of the top two spots.

When Yahoo Sports asked if fans should be shocked if Ivey is taken No. 1 or No. 2, Ivey confidently replied, “I don’t think so at all. I feel like I stand out and I’m a special talent and if I’m called [first or second], I’m just going to be thankful and we’ll see what happens.”

Ivey has been slotted at No. 4 all season long behind Auburn’s Jabari Smith, Gonzaga’s Chet Holmgren and Duke’s Paolo Banchero. The feeling of being overlooked all season long as the best prospect in the class is fueling his motivation to get better.

Realistic landing spots are at No. 2 to Oklahoma City (clearly a piece to a larger puzzle Sam Presti and staff are building), Detroit at No. 5 (dream scenario for Pistons fans with Cade Cunningham facilitating for Ivey on the wing) or other teams inside the top 10 that wish to enter trade talks before Thursday night.

The stress of the draft process is real and heightened, especially during draft week, with numerous rumors running rampant. For Ivey, it’ll be a hug from his mom and deep exhale that immediately follow after hearing NBA commissioner Adam Silver call his game. Which team that will be, not even Ivey knows yet.