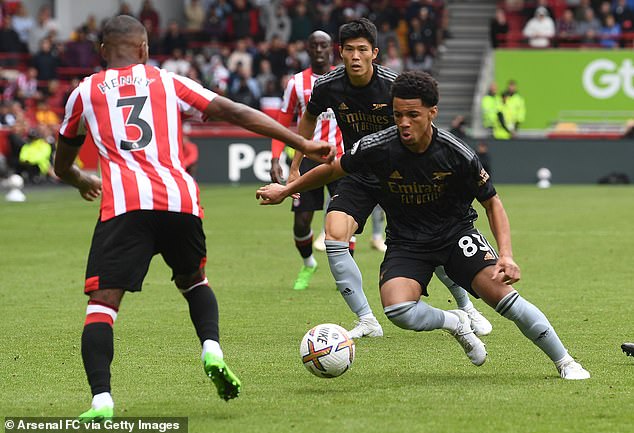 Jack Wilshere has hailed Arsenal midfielder Ethan Nwaneri as ‘unplayable’ as the 15-year-old continues to impress in the Gunners’ academy.

The promising young midfielder helped Wilshere’s U18 side rescue a 3-3 draw against Manchester United on Saturday, scoring a brace of goals to help his team come back from going a goal down in the U18 Premier League Cup.

The midfielder made history earlier this season during a 3-0 win at Brentford, becoming the youngest player to appear in a Premier League match at 15 years and 181 days. 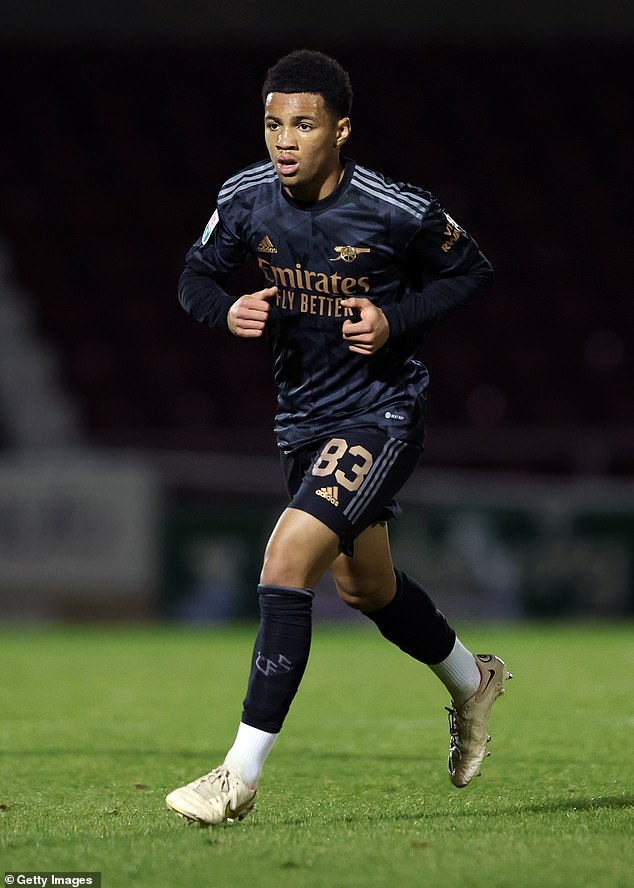 Wilshere undoubtedly knows quality talent when he sees it, having risen through the ranks at London Colney to make his first senior debut for the Gunners when he was a mere 16-years-old, which at the time, made him the club’s youngest ever player.

And after the match, Wilshere took time to praise his young midfielder, noting how much quality he possesses. 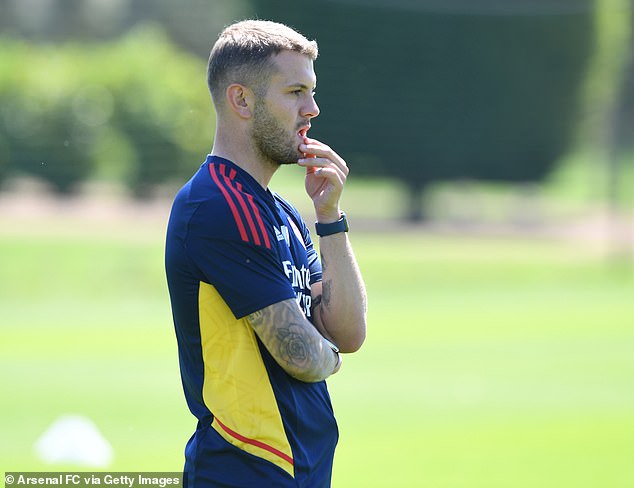 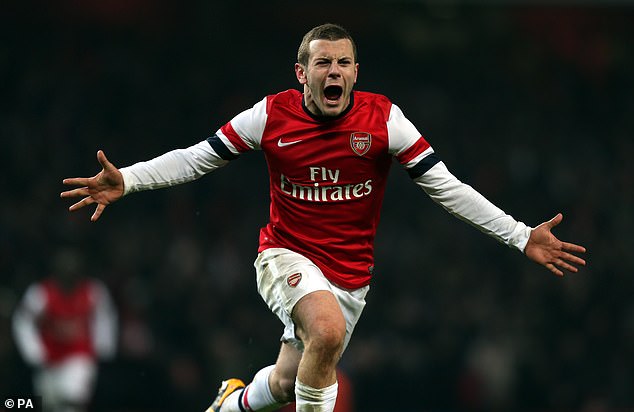 Before Cesc Fabregas, Wilshere had held the record of being Arsenal’s youngest players

‘In the first half, he tried to find the spaces, playing in people’s backs and creating space for himself, and we couldn’t find him a little bit,’ Wilshere said. 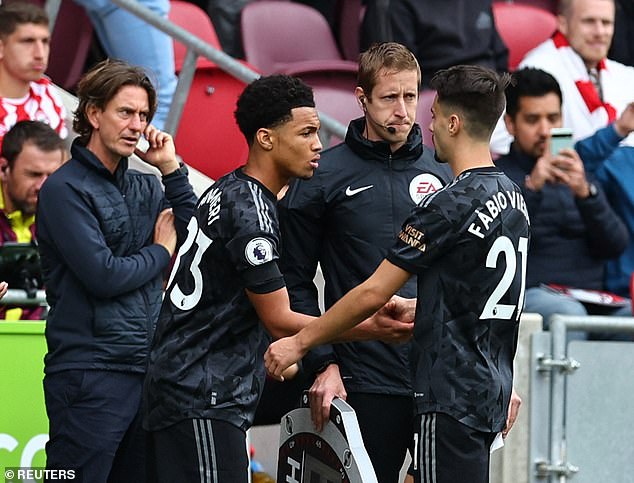 ‘We spoke to them a little bit at halftime about a few tactical things which allowed Ethan to get free. We had a really good balance in the team and Ethan was good in the second half.’

Arsenal went a goal down in the opening 10 minutes, but soon levelled, with captain Bradley Ibrahim scoring from the spot.

A neat finish from Nwaneri, saw the Gunners take a 2-1 lead away from home, and soon after getting his first, he was back to drive home another powerful strike, less than 10 minutes later. 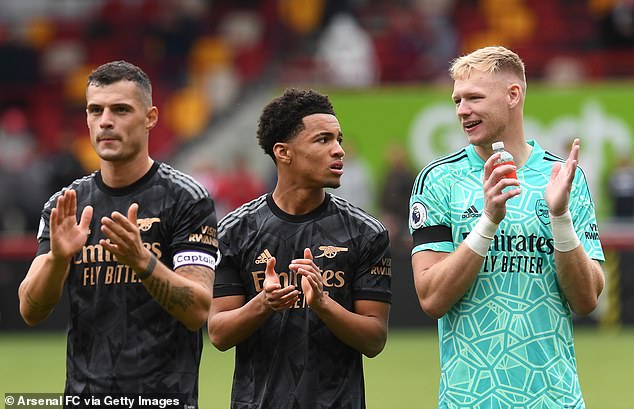 While United rescued a last minute equaliser to halve the spoils, it’s clear that the young midfielder is quickly becoming a hot prospect in the Arsenal ranks, following in the footsteps of his coach, who went on to make 198 appearances for the club.

Nwaneri has been getting a lot of experience with different age groups in the Arsenal academy having featured in the Premier League 2, EFL Cup while scoring two goals for Arsenal U18s this season.

The midfielder is also progressing above his age in the England youth set-up having now earnt six caps for the England U17 side, scoring three goals for Ryan Garry’s young Lions.