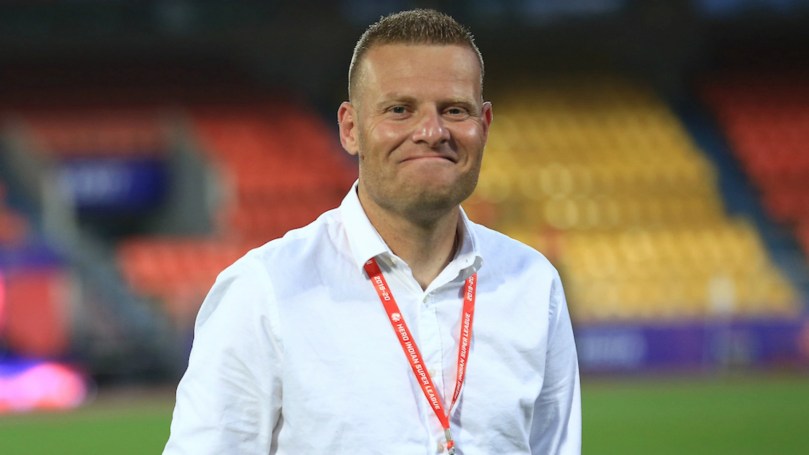 ISL 2023: Odisha FC’s Josep Gombau: Odisha FC head coach Josep Gombau expects an equal game on Monday evening when his team faces Kerala Blasters FC in the Indian Super League (ISL) 2022-23 here at the Jawaharlal Nehru Stadium in Kochi. Both teams will look to go all in, get three points, and gain an advantage when they face each other in a bid to leapfrog ATK Mohun Bagan in the points table, who lost in their match against NorthEast United FC. Follow ISL 2023 live updates with InsidesSport.IN

“It is a very good game to play in Kochi against a very good side in Kerala Blasters FC. We are equals at the table, playing away in a nice environment, and it is a game where every single coach and player wants to be there to try and get a good result,” Gombau said in the pre-match press conference.

Odisha FC are known for their comeback heroics but have to worry about their away form after suffering all three defeats on away turf, and Gombau will look to work on that, including the goal-scoring form in the recent games, going into the second half of the season.

“As a coach, when the team is not scoring and not creating great chances, then you need to worry about it. It is true that we are working on finishing during this week’s training, and yes, it is a problem that we have, but we will score some goals soon,” expressed Gombau. The Spaniard then shed some light on how important Victor Rodriguez is going to be for them and how they intend to keep him fit as much as possible in order to progress for the playoffs while emphasising the importance of keeping all players fit.

“Victor has just come back from injury and you can see that in the training and in matches how important he is for us and for sure he will help the team a lot” he added. “Saul Crespo, Shubham Sarangi, and Michael Soosairaj are in the recovery process, it will be my decision to play them or not, and we are travelling with a full squad,” confirmed the coach.

Since the January transfer window is on the horizon, the 46-year-old also spoke about the plan going into the next month’s window in a bid to strengthen his side and make progress and improvements going into the second half of the season.
“We are very happy with the players we have in the squad and for sure we will not be making many changes, maybe we are missing players in particular positions but we are working on it in the training and if we want to add any player we think that he needs to be a very good addition to make us a better team, if not then we will continue with the way we are,” Gombau said.

Odisha FC got the better of Kerala Blasters FC in the last match but the Spaniard felt that game will have no bearing on the Monday clash. “Every game is different, but we need to have the right mentality to get a good result as it will be an equal game against Kerala Blasters FC,” stated Gombau.

The Odisha FC head coach was accompanied by team defender Sahil Panwar, who has been a key figure at the back for the Juggernauts after being involved in all but nine matches out of 10 in the 2022-23 season of the ISL.
“It has been amazing for me in the league since I am fully fit and enjoying myself on the team, this is a nice group, and we have a very good coach,” stated Sahil Panwar.

Panwar has been performing consistently and has been a rock at the back. He is keen to help Odisha FC gain wins and clean sheets going forward into the second half of the season. Talking about the match against Kerala Blasters FC, he was enthused by the prospect of facing them on their own turf.

“We want to go to Kerala and win the game, it is a place where, as a player, you want to go there because the atmosphere is amazing,” Panwar said.  We want to win every game, and I personally want to be in the national team after the end of this season and wear the blue jersey,” he concluded.