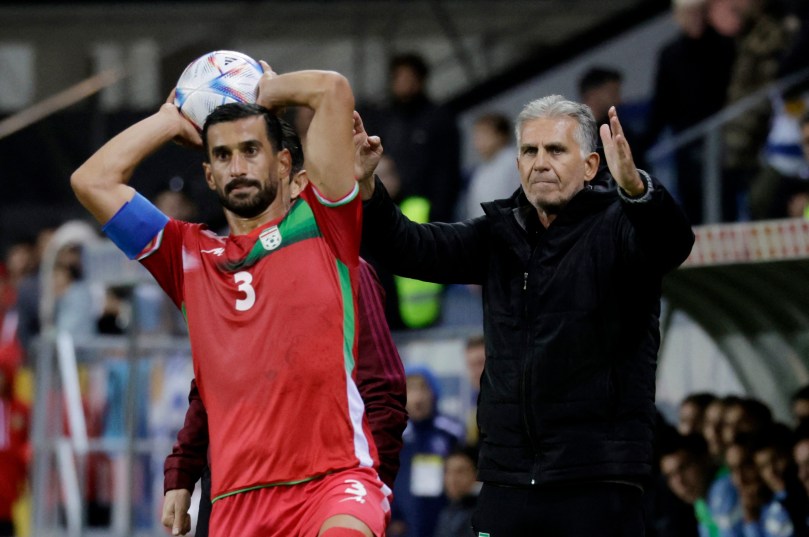 FIFA Friendlies: Iran beat Uruguay- Carlos Queiroz made a winning start to his second stint in charge of Iran as Mehdi Taremi’s…

FIFA Friendlies: Iran beat Uruguay- Carlos Queiroz made a winning start to his second stint in charge of Iran as Mehdi Taremi’s second-half goal earned his side a 1-0 win over fellow World Cup qualifiers Uruguay in Vienna on Friday. Follow FIFA Friendlies updates on InsideSport.IN

Taremi came off the bench to score the 78th-minute winner after Queiroz’s side had ridden their luck to keep a dominant Uruguay at bay until the Porto striker’s late goal.

It was the perfect start to Queiroz’s second spell in charge of Iran after the Portuguese replaced Dragan Skocic this month and with the World Cup looming.

Iran are due to meet England, Wales and the United States during the finals in Qatar while Uruguay have been drawn to face Portugal, Ghana and South Korea.

The defeat was undeserved for a Uruguay side who lost Barcelona defender Ronald Araujo to injury after he hobbled off with barely a minute on the clock clutching his groin.

The South Americans, however, controlled the game, with Darwin Nunez prompting Alireza Beiranvand to take action after 15 minutes when the striker let fly from distance, forcing the Iranian goalkeeper to tip the ball over the bar.

Luis Suarez sought to lob Beiranvand in the 38th minute but his attempt sailed over while a later effort from the former Barcelona forward curled wide.

Beiranvand was again called into action five minutes after the restart when he pushed Federico Valverde’s snap-shot from 20 yards to safety while Mehdi Torabi squandered a rare chance for Iran at the other end.

Taremi was introduced for Alireza Jahanbakhsh and, nine minutes later, the Porto striker hit what turned out to be the winner.
The forward started and finished the move, feeding Saman Ghoddos on the left and his pass through to Karim Ansarifard was played back into the path of Taremi who side-footed home.