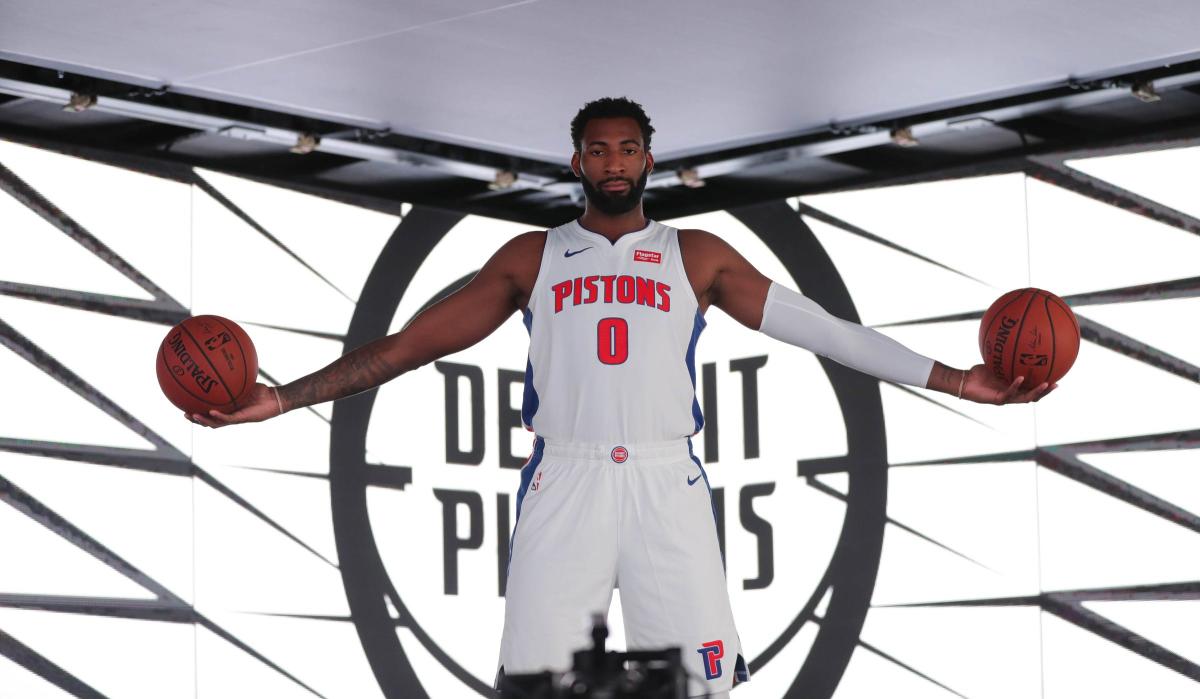 When the Detroit Pistons tip off against the Bucks on Monday night in Milwaukee, it’ll be the franchise’s 27th time playing on Halloween. That’s more than any other NBA franchise but one — the Sacramento Kings, who are a horror story in their own right.

Counting Monday, a whopping 18 of the Pistons’ Halloween games will have come on the road, tied for the most among NBA franchises — with, of course, the Kings, who also tip off Monday against the Hornets in Charlotte. (On the other end, the Minnesota Timberwolves and Orlando Magic — franchises that have existed for 34 seasons — have played on the holiday, home or away, just four times. Maybe they had problems finding costumes?)

CATCHING UP WITH THE GM:Troy Weaver: Detroit Pistons won’t ‘put a cap’ on Jaden Ivey and Jalen Duren

In all, the Pistons enter Monday’s game with a 9-17 record on Halloween, and a 4-13 road record on the holiday — that’s a lot of boxes of raisins instead of full-size candy bars. But that doesn’t mean there haven’t been some treats to go with all those tricks. With so many Pistons games to choose from, we thought we’d look back on the greatest All Hallows’ Eve performances in franchise history.

Bucks 134, Pistons 118: Halloween 1968 was a big night for giving across the Midwest. In Detroit, Gordie Howe picked up his 900th career assist for the Red Wings. (Only 18 other NHL’ers have that many now, though Sidney Crosby may have joined them by the time you read this.) And in Milwaukee, Dave Bing handed out 19 assists to his teammates while also hitting 10 shots from the field and nine of 11 free throws for a team-high 29 points (24 of which came in the second half).

See also  Taking a look at lucrative NBA offseason deals. Are we heading for a $70 million-a-year NBA player?

MORE FROM BING:Former mayor has high expectations for Pistons’ future and it starts next season

Unfortunately for the future Detroit mayor, he and his teammates were a little too giving (despite being the visitors; didn’t they know how Halloween works?) in the second quarter as the Bucks outscored the Pistons by 16 and then prevailed in a frantic second half to claim the greatest treat of all — the expansion franchise’s first-ever victory, in its sixth try.

Cavaliers 118, Pistons 101: It was a night for the ages for big man Bob Lanier — or at least a half for the books — as the Pistons’ No. 1 overall pick in 1970 shot 13-for-16 en route to 31 points in the first half alone. But Lanier cooled off after halftime, hitting just four of 12 shots for an additional 10 points. His Pistons teammates didn’t help much, either, shooting just 41.9% from the floor for the entire game.

Lanier added 14 rebounds and five assists, but, again, his support was lacking, as the 10 other Pistons managed just 30 boards, infuriating coach Ray Scott: “We’ve got a total breakdown in our defense,” Scott said. “We’re not talking, we’re not physical, we’re not (rebounding) and it’s primarily at forward.”

Pistons 92, Wizards 79: No Piston has ever posted a triple-double on Halloween, but a few have come close — Scott had 20 points, 12 rebounds and seven assists in a 1964 loss to the Hawks, and Lanier had the points (24) but fell just short on the boards (nine) and the assists (eight). The most well-rounded near-miss belongs to Hill, however — 25 points, 12 rebounds and eight assists, all while shooting 9-for-17 from the field over 37 minutes.

That game, the Pistons’ home opener for the 1997-98 season, was also a homecoming, of sorts, with former Wolverines Juwan Howard and Chris Webber suiting up for the Wizards. That franchise was in a costume of their own — the game at The Palace of Auburn Hills was the franchise’s first as the Wizards, after changing their name from the Bullets over the offseason. But Hill needed no disguise; he put up 10 points in the first quarter, prompting him to say, “I love playing against Washington.”

Pistons 104, Raptors 95: Halloween 2000 brought a new look for the Pistons — with Hill departed for Orlando via a sign-and-trade, Jerry Stackhouse became the face of the franchise in its final season in teal (until last Friday). The early returns were less than encouraging, as the co-captain missed eight of his first 10 shots in Toronto. But he kept shooting, finishing the first half with 17 attempts for 16 points. He added 18 more shots in the second half and, after that frozen start up north, sank 15 of his final 25 attempts. That thaw included a 19-point third quarter and 44 points overall — the most by a Piston on Halloween.

Stackhouse also had five rebounds and three assists in 42 minutes — nearly four minutes more than any other Piston — prompting coach George Irvine to apologize: “I have to get Jerry rest, but he loves being out there. When he takes himself out of the game you know he’s tired.”

Stackhouse’s co-captain (and future Pistons head coach) Michael Curry approved of the effort: “The thing I like is that he took 35 shots but every shot was a good shot. … We’ll keep getting Jerry shots.”

Nets 120, Pistons 119 (OT): Drummond has, by far, the franchise record for rebounds on Halloween as he pulled down 23 boards at the Barclays Center in Brooklyn. (Lanier’s 14 in 1974 is No. 2.) He also added 24 points (on 8-for-14 shooting from the field and 8-for-10 shooting from the free throw line) and two blocks over 38 minutes for what should have been a treat for Pistons fans.

Instead, it was a rotten apple — former Piston Spencer Dinwiddie — spoiling the night with 22 points in the final 17 minutes of action, including a game-winning 3 with 7.1 seconds left. Still, Drummond was able to chuckle afterward about his former teammate’s late dominance: “That man has a personal vendetta every time we play him,” Drummond said. “He’s trying to let us have it every time we play.

“Anytime he sees the Detroit Pistons, he comes after us.”