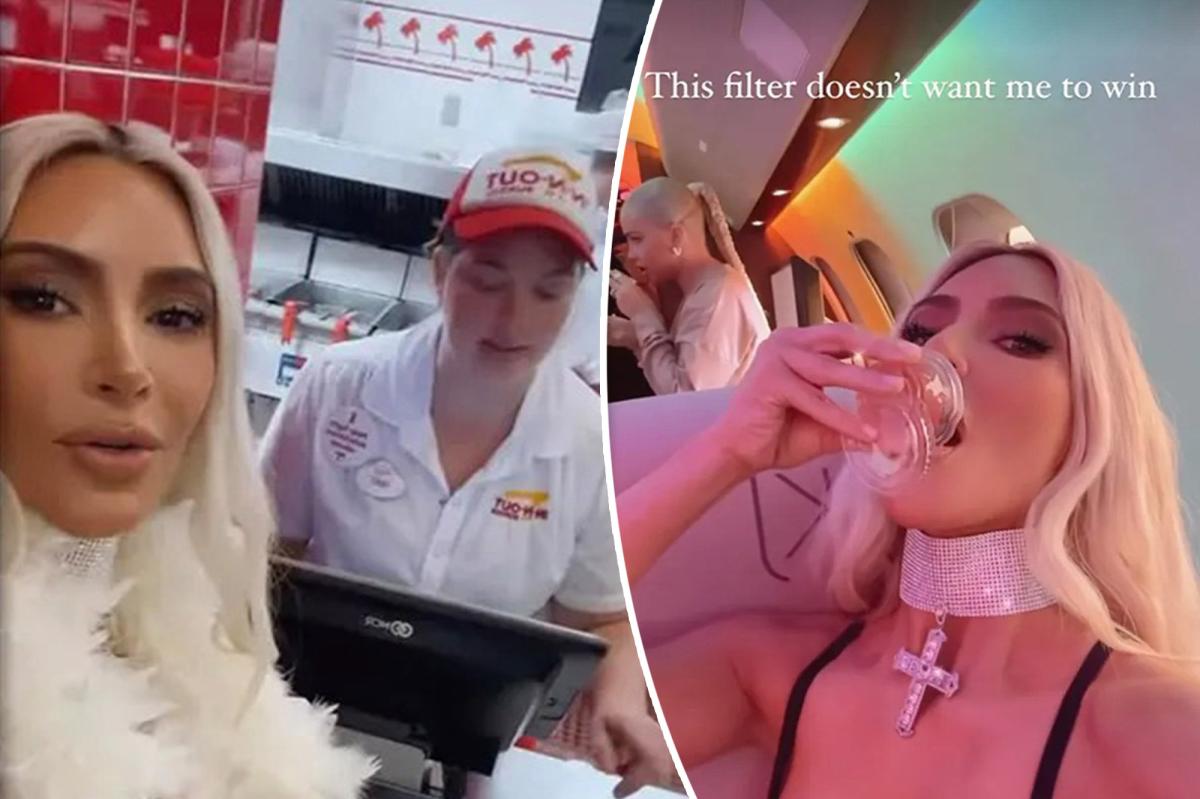 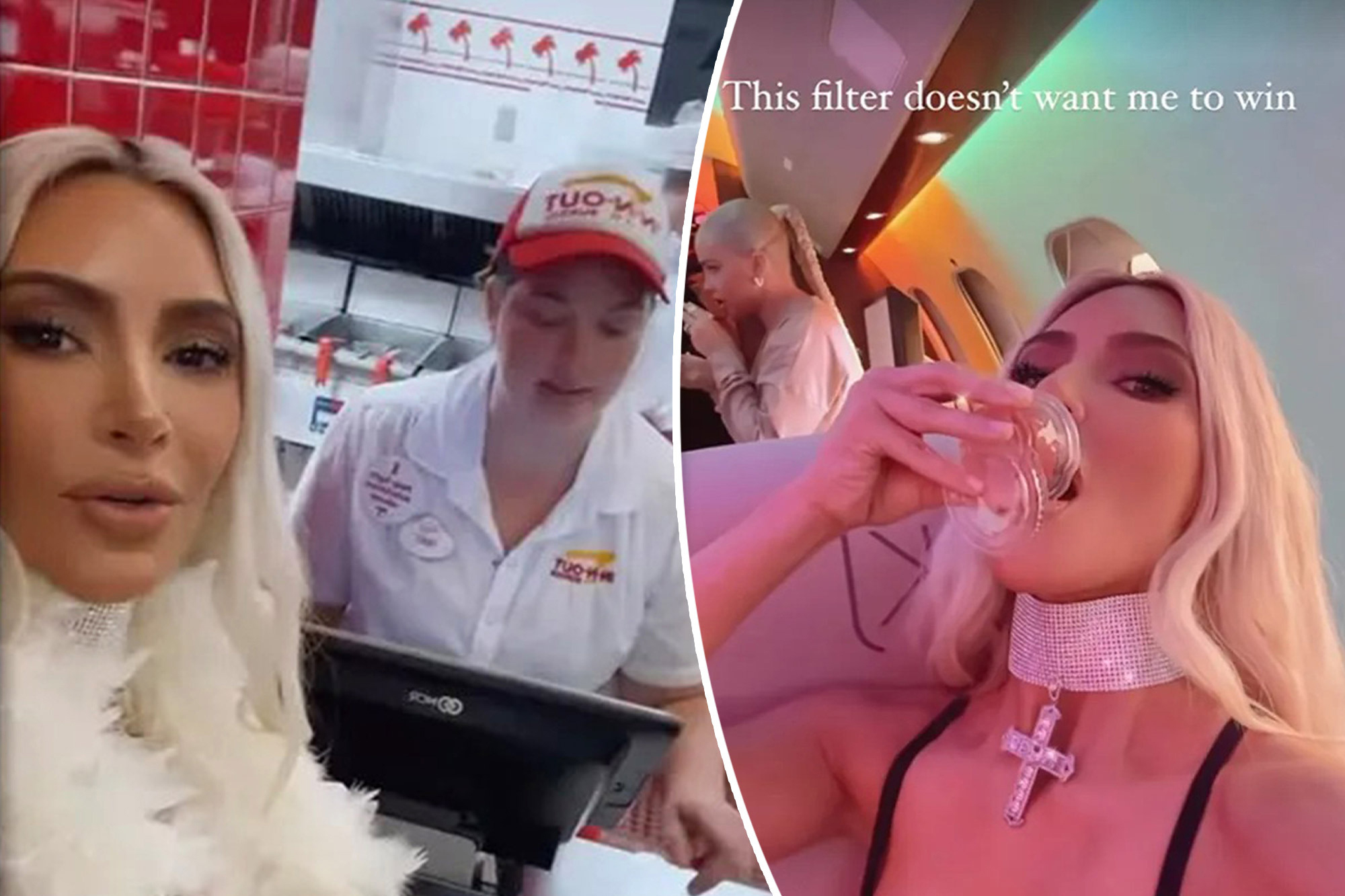 Instead of dining at Las Vegas’ Carbone and “going to a f–king Usher concert,” Kim Kardashian and Ko. were forced to spend her 42nd birthday party at an In-N-Out Burger in Los Angeles over the weekend.

The reality star-turned-billionaire business mogul was supposed to spend Saturday night splurging on high-end Italian food and getting down to the Grammy winner’s greatest hits at his Dolby Live residency at Park MGM.

But while en route to Sin City via sister Kylie Jenner’s $72 million private jet, Kardashian was informed that the pilot could not land safely due to dangerous weather conditions that included wind gusts up to 60 mph.

“The plane couldn’t land due to the wind so looks like our Carbone party and @usher concert isn’t happening and we are heading back home,” Kardashian, who turned 42 on Friday, explained via an Instagram Story.

After landing back in LA, the “Kardashians” star and her entourage, which included sister Khloé Kardashian as well as a camera crew, hit up In-N-Out for some burgers and fries.

Wearing a silver bikini top and matching pants – a look similar to her 2017 Aaliyah Halloween costume – Kim told her Instagram followers that she “had to take a boa to cover up” before entering the fast food establishment.

The Skims founder filmed herself donning the white feathers around her neck as the restaurant employee took her order.

“We stopped at In-N-Out because we couldn’t make it to Carbone in Vegas,” Kim said in another video while panning over to Khloé Kardashian, who flashed a peace sign.

“Mmm, so good,” the Skkn by Kim creator let out after taking took a big bite out of her burger.

“Wait, lemme try a cheese fry. I wanna see what all this hype is about,” someone off-camera said, prompting Kim to interject, “They’re so good.”

Back on “the party bus to nowhere,” the Jell-O shots Kim and her crew were previously enjoying “continued.”

Meanwhile, Kim’s big weekend plans in Vegas weren’t the only ones to get derailed. Organizers of the When We Were Young music festival had to cancel the first day of performances due to the weather conditions.