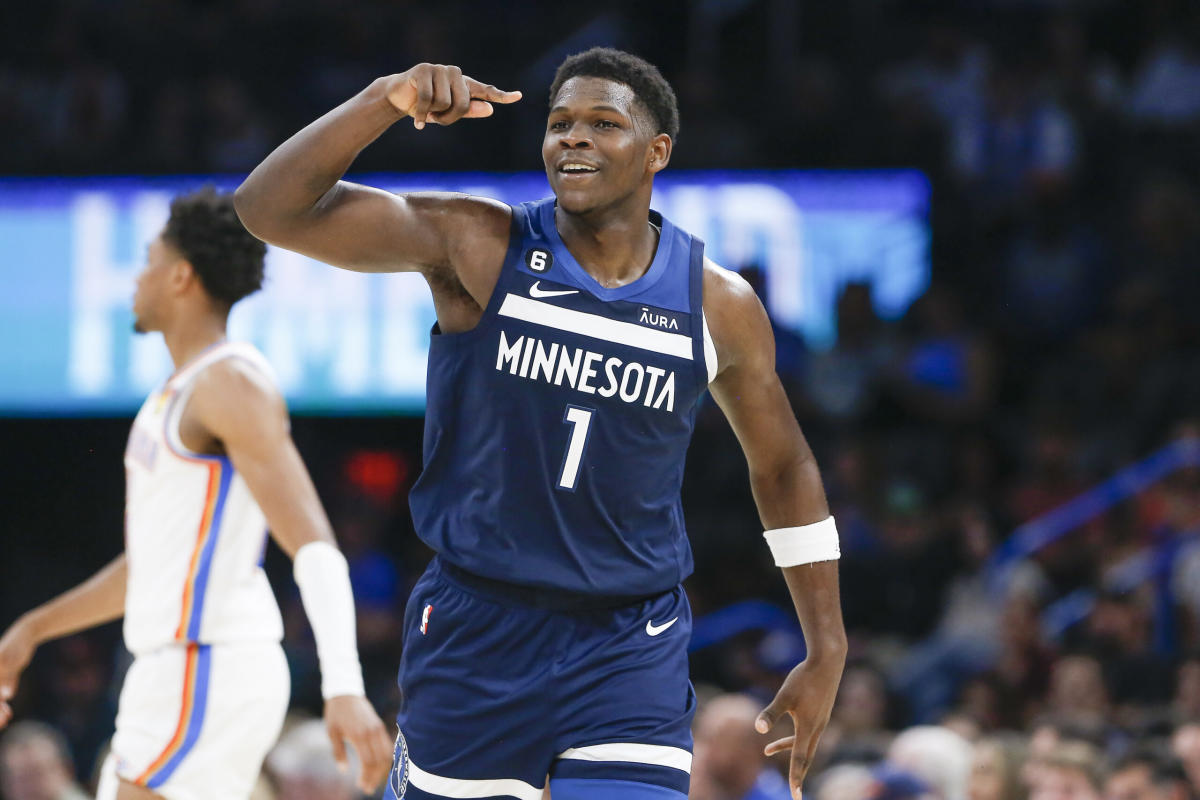 The Oklahoma City Thunder were without Chet Holmgren and Jalen Williams on Sunday morning.

By Sunday afternoon, Shai Gilgeous-Alexander was also ruled out with a left hip contusion.

During the third quarter, Josh Giddey was also shelved with a right ankle sprain.

Despite the season being just three games young, the Thunder can’t seem to escape the injury bug that’s devastated them in the last couple of years.

As a result, the shorthanded Thunder was not able to avenge their season-opening loss to the Minnesota Timberwolves in a 116-106 defeat.

A once-packed Thunder home crowd slowly lost its energy as the night got darker and by the end of the game, the crowd’s color became grayer with empty seats.

The Timberwolves were led by Anthony Edwards — who surpassed the 11 points he scored last time against the Thunder in the first quarter and finished with 30 points total.

After being showered with boos before the game, Rudy Gobert was able to add 15 points and 15 rebounds in the Timberwolves win. Karl-Anthony Towns finished with 15 points, eight rebounds and five assists.

Let’s take a look at player grades for the Thunder in their third consecutive loss to open the 2022-23 regular season.

As the lone scoring option, Lu Dort was able to finish with 20 points on 6-of-15 shooting.

This was a much more efficient night on the second night of a back-to-back. Against the Denver Nuggets in a loss, Dort shot 3-of-13 for 13 points.

After the game, Dort complimented Gobert and Towns and the duo’s screening abilities as explanations for Anthony Edwards scoring 30 points this game.

“When he has those guys to screen, it’s hard to get back to the ball,” said Dort.

Josh Giddey was only able to play in 22 minutes before an ankle sprain concluded his night, but he finished with 10 points and five assists.

Giddey went 5-of-11 from the field and was aggressive all game long with his willingness to drive to the basket and finish.

After the game, Thunder head coach Mark Daigneault said the team will wait and see until the morning to figure out the severity of the injury.

After struggling to shoot the ball in the preseason, Jeremiah Robinson-Earl has been a flamethrower for the Thunder from outside to start the regular season.

After the game, Robinson-Earl credited shooting coach Chip Engelland for his hot start.

“I give a lot of credit to our new staff member Chip — who’s done a great job helping me hone in on my shot,” said Robinson-Earl. “… just being able to simplify things.”

The two-way player continues to impress during his brief stint with the Thunder.

Eugene Omoruyi finished the game with 13 points on 5-of-7 shooting and three rebounds in 12 minutes with 11 of those minutes coming in the fourth quarter.

“He’s certainly an aggressive player that makes stuff happen that has to tighten the screws,” said Daigneault. “He has a way to go but he brings the juice every night.”

Tre Mann had his lowest-scoring game of the season against the Timberwolves as he finished with 10 points on 5-of-12 shooting. Mann also added three assists and three rebounds.

With the Thunder missing several of their top players for 1.5 quarters, this could’ve been the type of game where Mann could’ve played a bit more selfish as the team needed his scoring talent. Instead, the Thunder fell behind and eventually lost.