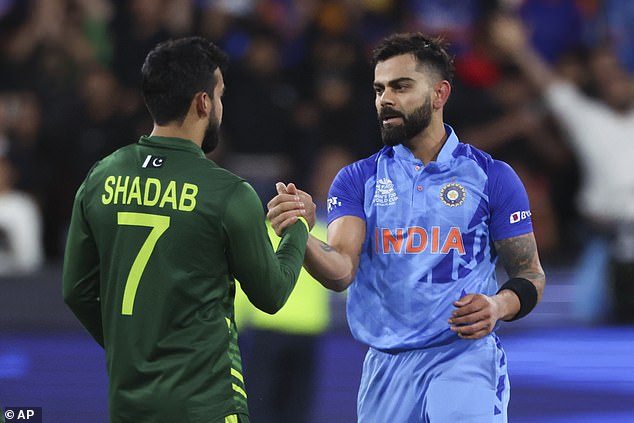 Pakistan and India are involved in talks aimed at the countries playing a historic Test match on Australian soil after more than 90,000 fans flocked to the MCG to watch the arch rivals’ thrilling T20 World Cup clash earlier this month.

After more than 90,000 fans flocked to the MCG to watch the thrilling T20 World Cup encounter between arch-rivals India and Pakistan, discussions are underway for the two teams to face off again in Australia (India’s Virat Kohli shakes hands with Pakistan’s Shadab Khan) 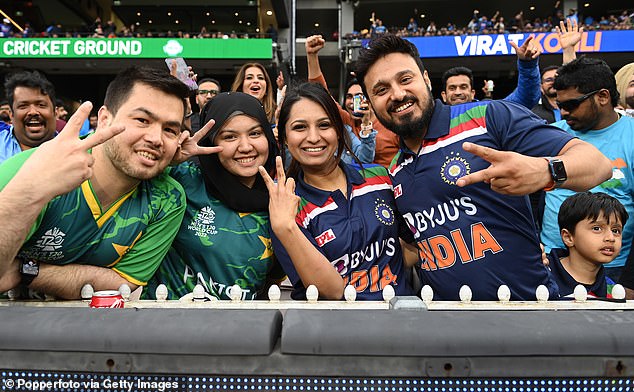 See also  RCB vs SRH: The Best White Ball Over I have Ever Bowled

There’s still a chance that both sides could meet in the final of the World Cup, but according to former Australian all-rounder Simon O’Donnell, there’s also plans for a Test match to be held Down Under.

‘That [their T20 World Cup clash] was extraordinary,’ O’Donnell said on SEN Radio.

‘That game itself is the one that’s held the tournament up so far, people keep referring back to it. 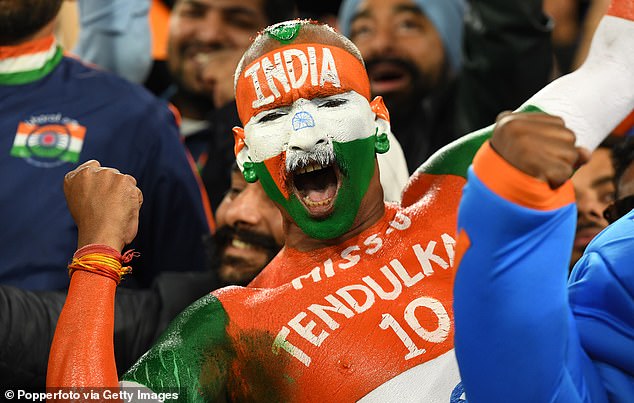 ‘There’s also the possibility of a triangular One-Day series between India, Pakistan and Australia or a Test match between India and Pakistan.

‘My word there are [conversations happening] in the wake of this [T20 World Cup clash].

‘There are already discussions taking place.’ 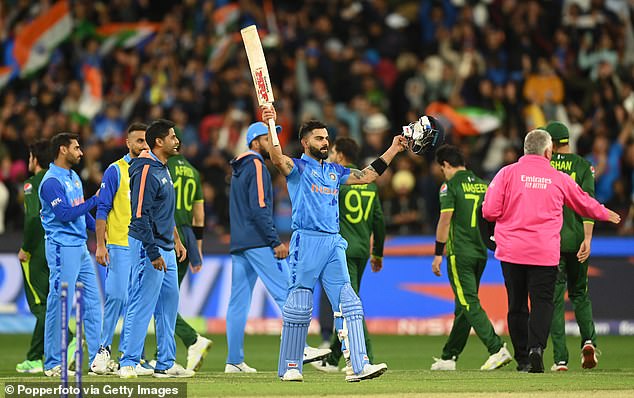 The two nations went 18 years without a Test match in the 1960s and late 1970s, but the teams played against each other regularly in the decades afterwards. The most recent was a Test series in India in 2007, which the hosts won 1-0.