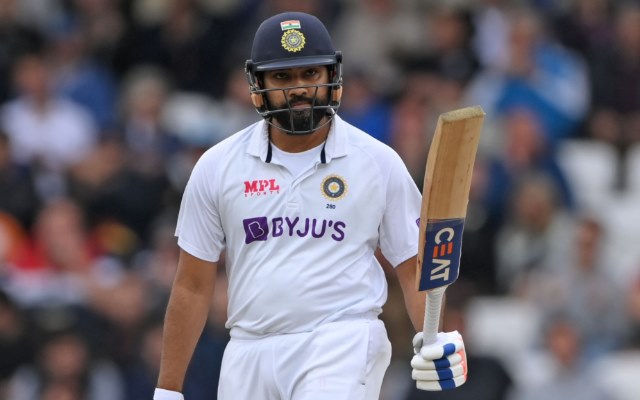 After registering a 3-0 whitewash in the T20 series, India would look to replicate a similar result in the upcoming two-match Test series against Sri Lanka. The first Test match is scheduled to be played from 4th to 8th March 2022 at Punjab Cricket Association Stadium in Mohali.

For the unversed, this Test series will be the first Test for Rohit Sharma as the captain in the longest format. He has made an outstanding start to his white-ball captaincy and it will be interesting to see how he manages the team in the toughest format of the game.

India has made a lot of changes to their Test squad ahead of the series against Sri Lanka. Senior members such as Ajinkya Rahane, Cheteshwar Pujara, Wriddhiman Saha, and Ishant Sharma have all been dropped from the squad.

It means that players like Shubhman Gill, Shreyas Iyer, and Hanuma Vihari are likely to get a lot more chances. It will be interesting to see who all out of them will make into the playing XI.

KL Rahul is still recovering from injury, which means that Mayank Agarwal is likely to open with Rohit Sharma and Virat Kohli could come at number three. After being rested for the T20 series, Rishabh Pant will be making his comeback in Tests.

As far as bowling is concerned, Mohammed Shami, Jasprit Bumrah, Mohammed Siraj, and Umesh Yadav have made the cut. Ravichandran Ashwin has also been added to the squad but it is yet not confirmed whether he will be part of the playing XI in the first Test as he is still recovering from injury.

Sri Lanka, on the other hand, too have named a good-looking 18-member squad. There are quite a few names to look out for. Former captain, Angelo Mathews continues to be part of the side.

The likes of Kusal Mendis and Niroshan Dickwella mark their return to the team. They will be returning to the side after serving a ban imposed on them for violating Covid norms during Sri Lanka’s tour of England. Besides, Lahiru Thirimanne will also be making his return to the team.

India and Sri Lanka have played 44 Tests against each other in the history of the longest format. Of those, India have managed to win on 20 occasions, while Sri Lanka emerged victorious on 7 occasions. In the last 5 games, India won on 2 occasions, while 2 games resulted in ties.