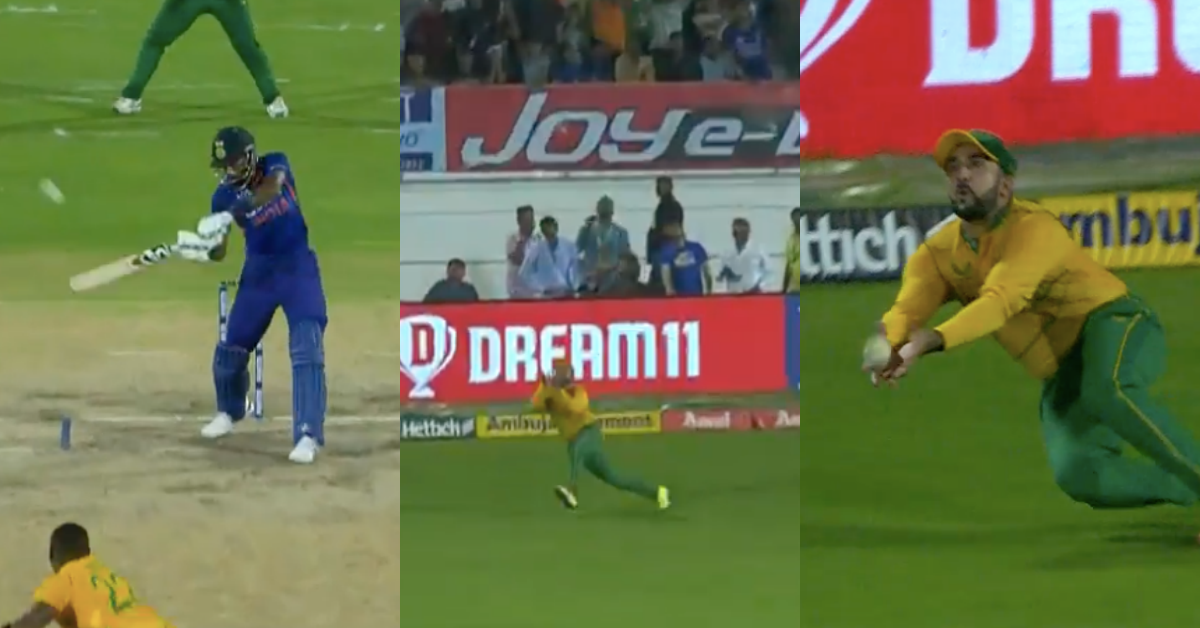 The fourth T20I of the five-match series between India and South Africa was played in Rajkot on June 17, 2022 and saw some belligerent hitting from Hardik Pandya and Dinesh Karthik, but also saw some good catching from Tabraiz Shamsi.

India started off poorly with Ruturaj Gaikwad getting out for 5 and Shreyas Iyer’s struggles continued as he was dismissed for 4 runs. Ishan Kishan was looking good for his 27 runs but was out trying to play a cute shot off Anrich Nortje.

Rishabh Pant took his time, but made only 17 runs in 23 balls, further raising questions about his batting form in the T20 format. At 81/4 in 13 overs, it was left to Hardik Pandya and Dinesh Karthik to haul India out of the rut and take them to a fighting total.

Both Pandya and Karthik went after the bowling of South Africa, especially Dwaine Pretorius and Tabraiz Shamsi. The duo hammered boundaries and sixes at will, adding 65 runs for the 5th wicket in 5 overs.

Hardik’s innings came to an end as he tried to hit the short ball over deep-backward point and the top edge was dying on Shamsi, who dived and took the catch low to the ground, prompting the on-field umpires to check with the TV umpire, who held the catch.

Also Read: IND vs SA: Fitness Is A Concern, It’s Important He Stays On Top Of That – Zaheer Khan On Bhuvneshwar Kumar