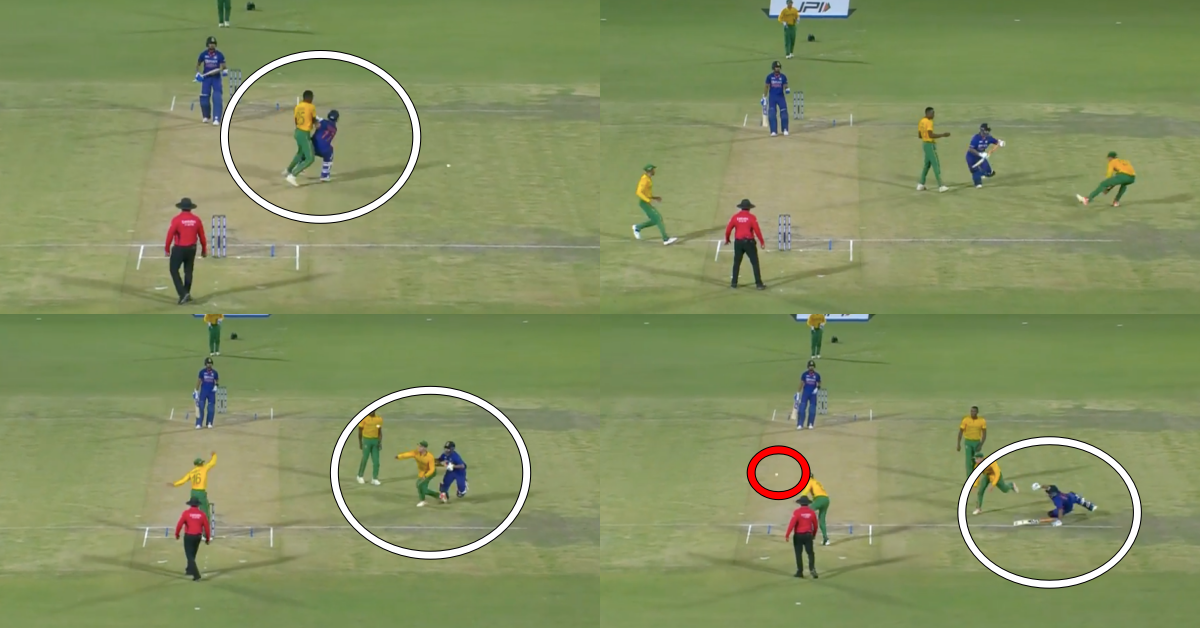 India captain Rishabh Pant, on his debut would have gotten out for a duck, as he almost got run out after he collided with South Africa’s Kagiso Rabada and Tristan Stubbs in an effort to steal a quick single during the first T20I of the five-match series between India and South Africa which is being played at the Arun Jaitley Stadium on June 9.

India is being captained by Rishabh Pant in this five-match T20I series after stand-in captain KL Rahul, who was supposed to lead in absence of Rohit Sharma, was ruled out of the series with a groin injury. South Africa captain Temba Bavuma won the toss and chose to bat first. For the Proteas, Aiden Markram missed out after testing positive for COVID-19 and instead Tristan Stubbs made his T20I debut. Hardik Pandya and Dinesh Karthik made their comebacks into the Indian XI with this match.

See also  Ashes: Australia's second Test plans are thrown into CHAOS after Pat Cummins is ruled out of match

Ishan Kishan took full advantage of the powerplay overs, hammering the Proteas bowlers to all parts of the Arun Jaitley Stadium. On the other hand, Gaikwad made 23 in 15 balls with 3 sixes before getting out caught off Wayne Parnell.

Kishan meanwhile slammed 76 runs in 48 balls with 11 fours and 3 sixes, adding 57 runs with Gaikwad in 6.2 overs. He got out to Keshav Maharaj after hitting him for 2 sixes and 2 fours earlier in that same over.

See also  ANAND VASU: It's disrespectful and inaccurate to the players to claim it's all about IPL wages

On the first ball of the 14th over, Shreyas Iyer played the ball to the leg side and Pant sighting an opportunity, wanted a quick single and hared down the wicket. However, he collided with bowler Kagiso Rabada, who was going for the ball, and then tried to go back to the non-striker’s end to avoid getting run out.

During this melee, Tristan Stubbs got to the ball from midwicket and Pant again collided with him as he lobbed the ball over the fielder at the non-striker’s end. Meanwhile, Pant was on the ground inside the crease after much effort.

Also Read: IND vs SA: It Is One Of The Proudest Moments For Me – Rishabh Pant On Leading India

Here is the video: